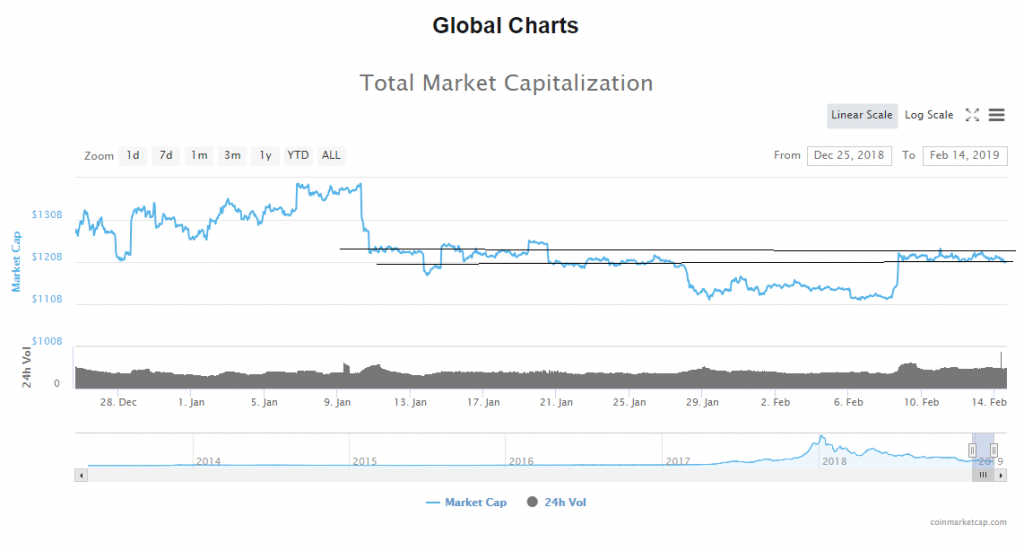 From yesterday the evaluation of the cryptocurrency market cap has declined by around $2,13B as it was $122,74 at its highest point yesterday. The evaluation has pulled back to the support line of the currently horizontal range in which it is consolidating after an exponential increase we have seen on Friday.

The market is mostly in red today with an insignificant percentage of change among top 100 coins.

Bitcoin’s price dominance has been increasing slightly as it came from 52.48% at its lowest point yesterday to 52.8% where it is currently sitting. 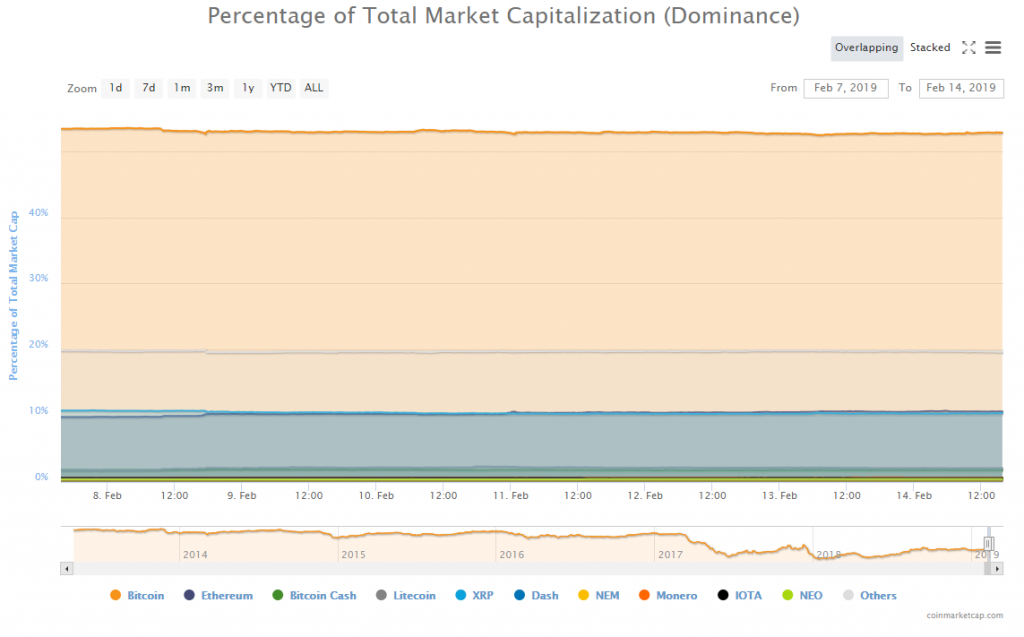 From yesterday’s high at $3715 the price of Bitcoin has decreased and fell from there to below the level of yesterdays open to $3652 at its lowest point today. The price is currently at $3658 which is an overall decrease of only 0.79% from yesterday’s open.

Looking at the 15-min chart we can see that the price is still in a retracement zone which is turning out to be a descending channel. I have counted three ABC corrections out of which the current one is to the downside which constitutes a WXY of a higher degree.

As the price has been in an upward trajectory the descending channel is viewed as a retracement so after it ends more upside would be expected but before it ends we are most likely going to see some further sideways movement and a slight depreciation in price as the support needs to be established before the attempt to break the current resistance can be made.

On the hourly chart, we can see that the price has broken the resistance line off of the falling wedge where it was correcting from 24th of December. But it has been stopped out at the resistance found around the ascending channel’s upper line at the vicinity of the first X wave from the Minor WXYXZ correction.

Like in the case of Litecoin, the wave structure implies that another move to the upside should be expected after the current retracement ends for a higher high compared to the one labeled as the Intermediate W wave (orange). The current retracement needs to end at first so I would look out for interaction with some of the support levels potentially around 0.236 Fibonacci level before the expected 5th wave starts developing.

The price target for the mentioned 5th wave and the end of the WXY correction would be slightly higher than 0.382 Fibonacci level, but it could very well end there as the 3rd wave ended lower.

EOS is in the sell zone.