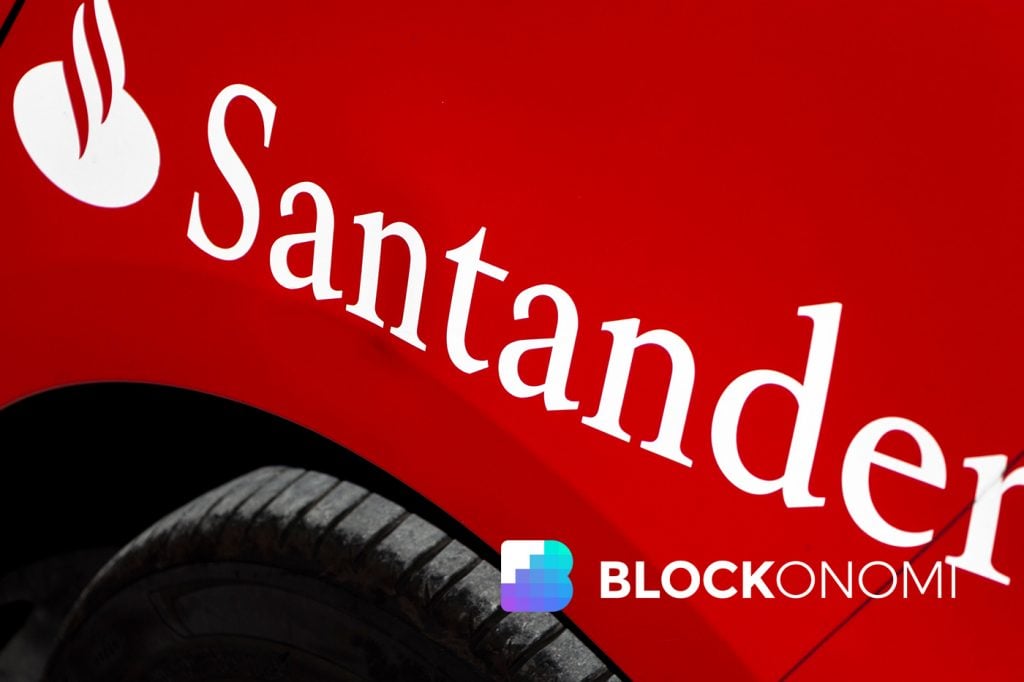 The Ethereum network has the chance to become a new and increasingly important kind of public infrastructure.

The latest proof the winds are blowing in that direction? Banco Santander, the largest bank in Spain and the 16th largest bank in the world, just deployed the “first end-to-end blockchain bond” using the smart contract platform.

Announced by the Spanish multinational commercial bank on September 12th, the bond will notably live entirely on Ethereum.

The Madrid-based bank itself will be the issuer, and $20 million USD worth of bonds will accordingly be released. The bond will offer a “a quarterly coupon of 1,98%” through the bank’s Securities Services department, which is “acting as tokenization agent and custodian of the cryptographic keys” associated with the offering.

Likewise, Santander Corporate and Investment Banking (CIB), the institution’s arm for international enterprise clients, served as the “dealer for the [bond’s] issuance, continuing the work which started in Santander’s blockchain lab in 2016.”

Moreover, Santander will track the actual cash used to buy the bonds on Ethereum’s mainnet and the aforementioned quarterly coupons will similarly be tracked on-chain.

Taking Out the Middlemen

“The bank issued the bond directly onto the blockchain and the bond will also continue to exist only on the blockchain: a first step towards a potential secondary market for mainstream security tokens in the future,” Banco Santander said in a Thursday press release.

1) Here you can see the tokenized cash (SUSD) that the investor received after transferring the real cash to the custody account
2) The SUSD tokens are then exchanged for bond tokens (100 units @ $200,000 per unit)

Those are tall words from one of the largest banks in the world. But when it comes to disintermediation, the institution is talking more like a cypherpunk and less like one of the international stage’s biggest banks.

“Thanks to this automation, the one-year maturity bond has reduced the number of intermediaries required in the process, making the transaction faster, more efficient and simpler,” Banco Santander said on the news.

“Santander is at the forefront of the profound digital transformation of the financial sector and this transaction is one example. We want to take advantage of any technology that can accelerate that process, so that our customers thrive and be faster and more efficient, and blockchain is one of those technologies.”

Ethereum an Ideal Platform for Bonds?

The blockchain space as a whole is still fledgling, and the backers of Ethereum are still very much so trying to position the platform to be useful for many people from many walks of life.

With that said, it’s no secret that Ethereum has long been fingered as an ideal platform for the neutral issuance of financial products. Bonds are no exception in that regard.

So somewhat unsurprisingly, the Ethereum community has started to see some major traction on the bonds’s front. Back in the spring, Societe Generale — popularly referred to as SocGen — released €100 million EUR in bonds — dubbed “obligations de financement de l’habitat” — as security tokens on Ethereum.

As the bank explained at the time of the announcement:

“This live transaction explores a more efficient process for bond issuances. Many areas of added value are predicted, among which, product scalability and reduced time to market, computer code automation structuring, thus better transparency, faster transferability and settlement. It proposes a new standard for issuances and secondary market bond trading and reduces cost and the number of intermediaries.”

Santander an Investor in Fnality?

Santander appears to be increasingly interested in blockchain tech.

Back in May, news broke that a dozen major banks had collectively invested $50 million into Fnality, a startup that was working on a blockchain project around the utility settlement coin (USC) project.

Speculation mounted that Santander was involved, as the bank had been involved with UBS Group AG, which had originally sponsored the USC initiative. With the latest bond news, it appears in the least that Santander is doing more than just its homework on blockchain tech.