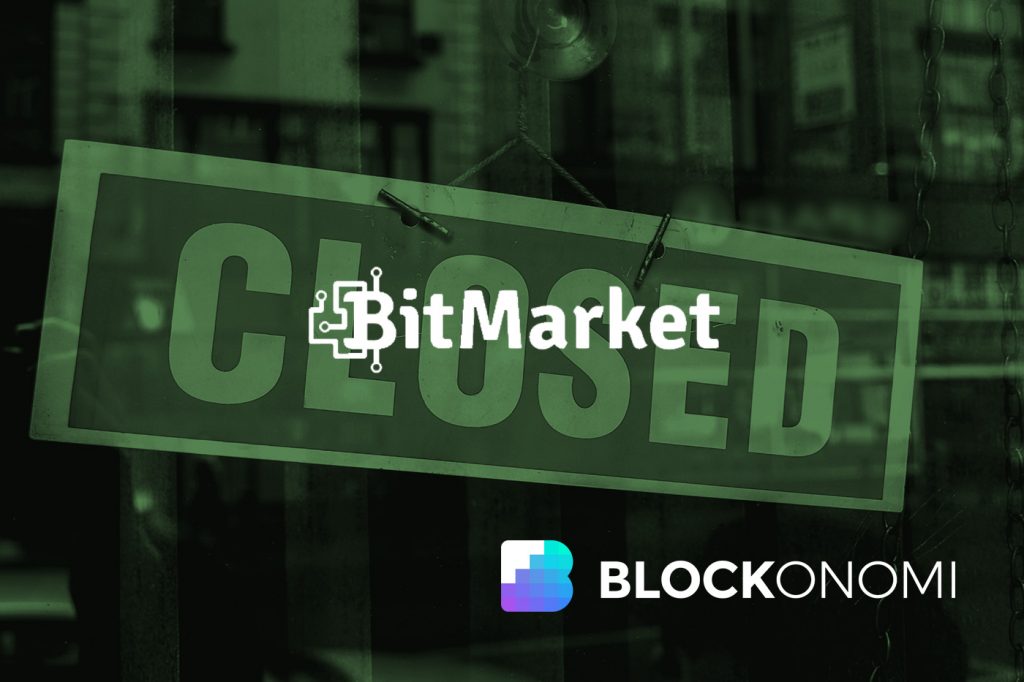 The curtains have been drawn on BitMarket, a cryptocurrency exchange based out of Poland. On July 8, the exchange posted a closure message on its website, informing users it would be shutting down immediately due to a “loss of liquidation.”

BitMarket’s shutdown isn’t particularly strange. While its details on CoinMarketCap haven’t been updated for the better part of a day, its $849,932 in daily trading volumes pales in comparison to some of the larger companies in its industry.

Could it be a hack?

However, conspiracy theories suggest that there’s more to the closure than meets the eye. OdoBanks, a user on Reddit, posted a timeline of events noticed on the platform in the days leading to its closure. These include changes to users’ API keys, requirements to verify identities before transactions could be verified, and sweeping password changes.

All of these are actions ideally taken when exchanges suffer hacks, and it’s not far-fetched to assume that this was the case here. It’s also worth noting that while BitMarket promised to contact users concerning the “next steps” to follow in the wake of the shutdown, it’s unclear whether users will truly be reimbursed.

Bitsane and the hard truth about exit scams

BitMarket’s shutdown is the latest in a string of crypto exchange capitulations. A few weeks ago, the Irish crypto industry was rocked by Bitsane’s disappearance.

Bitsane’s exit was much more brutal; not just for the amounts involved, but for the manner in which it did disappear. One day, it was around, and the next day (precisely, June 17), its platform and social media channels were scrapped from existence. Users weren’t notified, and all efforts to contact the exchange or any of its operators at press time have proved abortive.

We could blame Poland, too

The shutdown could also be a side effect of Poland’s rather harsh cryptocurrency environment. The Polish government has been rather skeptical about crypto assets since the onset of the crypto winter, going as far as taking to social media to discourage cryptocurrency investments.

In May 2018, the Polish Financial Supervision Authority (KNF), Poland’s financial watchdog, placed a tender offer of about 615,000 zloty (around $173,000 at the time) to fund a social media campaign highlighting the risks associated with businesses such as ForEx trading, pyramid schemes, and cryptocurrencies. The news followed a reported admission by the Polish Central Bank that it had shelled out up to $27,000 to produce a YouTube promotional video which featured a man losing all his money in crypto trading.

As expected, this harsh stance has caused the exodus of multiple companies. On May 29, 2018, BitBay, the largest crypto exchange in the country, announced that it would be suspending its activities in the country as banks would no longer co-operate with it.

In its post, BitBay stressed the importance of doing business with banks and how this relationship forms the cornerstone of its operations. However, banks seemed to have formed a coalition against it, with multiple institutions denying to provide services. To keep its operations alive, BitBay said that it would be moving to Malta; a country with a reputation for being much more crypto-friendly.