One More Low Over the Weekend Before a Reversal? Bitcoin (BTC) Price Analysis

On the global chart, you can see that the evaluation fell to around the levels of the horizontal support on which it was hovering on Tuesday. Since there is support around those level the evaluation has bounced off of it and is currently in an upward trajectory but it still hasn’t exceeded the prior minor lower high which is why still we can’t say that the level serves as a support as this might be a pullback before further pressure.

Bitcoin’s market dominance has been decreasing slightly from yesterday as it came from 53.65% to 53.5% where it is currently sitting. 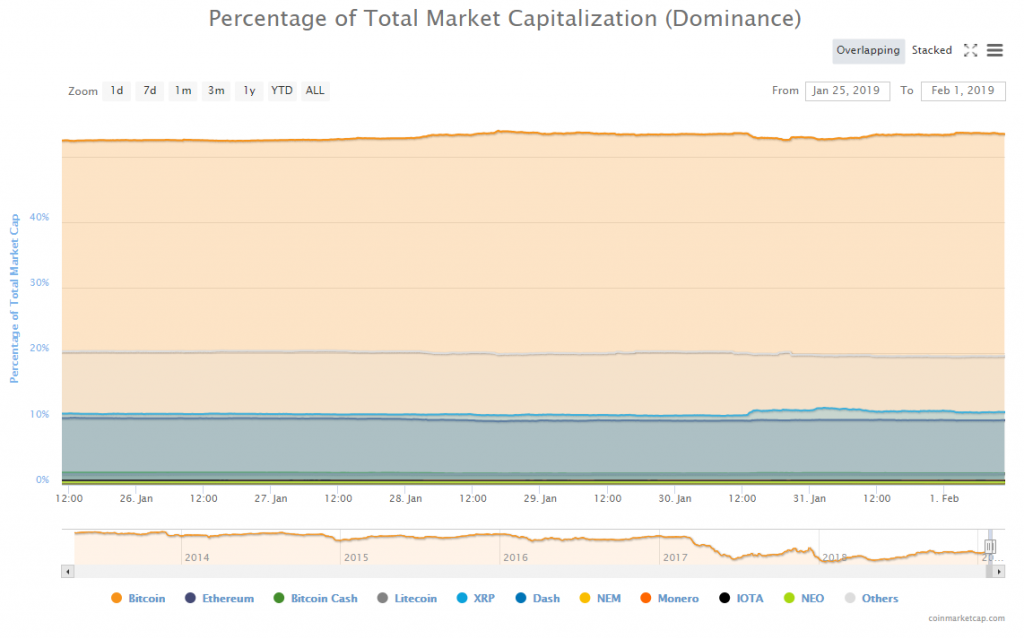 From yesterday’s high at $3563 the price of Bitcoin has decreased by 2.02% as its currently sitting at $3488. The price went a bit further to the downside and was $3461.8 at its lowest today but the price came up above $3476 which is the intraday horizontal support.

Looking at the hourly chart you can see that the price broke out from the ascending wedge today as the price fell below the 0.236 Fibonacci retracement level. As the price is now in a downward trajectory we are soon going to see if the Z wave has ended or not as we are now either going to see an immediate increase or a continuation to the downside.

If the price starts increasing again it would be probable that the Z wave ended and the increase that we have seen yesterday is the start of the expected Intermediate wave Y, but if the price continues moving lower then it would be more likely that the Z wave hasn’t ended and that the price is heading for a one more lower low potentially ending somewhere around the descending wedge support line (lower purple interrupted line) or the horizontal support zone a bit below.

Now that the price has fallen below the 0.236 Fibonacci level I would expect to see an interaction with it as a retest of the resistance so either a rejection at that level would bring more downside or strong momentum will develop breaking the level and going above it which would push the price again in an upward trajectory.

Zooming out to the 4-hour chart you can see that the price of Bitcoin is near the end of the Intermediate X wave which is why another increase is expected like the one we have seen from 15th till 24th of December which is the Y wave to the upside.

The target price for the Y wave would be at around $3994.4 where the horizontal resistance level is and in particular the area where the mentioned level intersects the downtrend’s support line (bold black line) is of importance.

You can also see that the three consecutive fractals which consist the Intermediate wave X or the Minor WXYXZ correction are near identical and only got smaller.

The current ascending wedge structure that was broken out today looks like the other ascending channels that have been labeled with a red area.

I believe that there is another lower low coming since the fractals always ended on an impulsive move to the downside.

The post One More Low Over the Weekend Before a Reversal? Bitcoin (BTC) Price Analysis appeared first on Blockonomi.