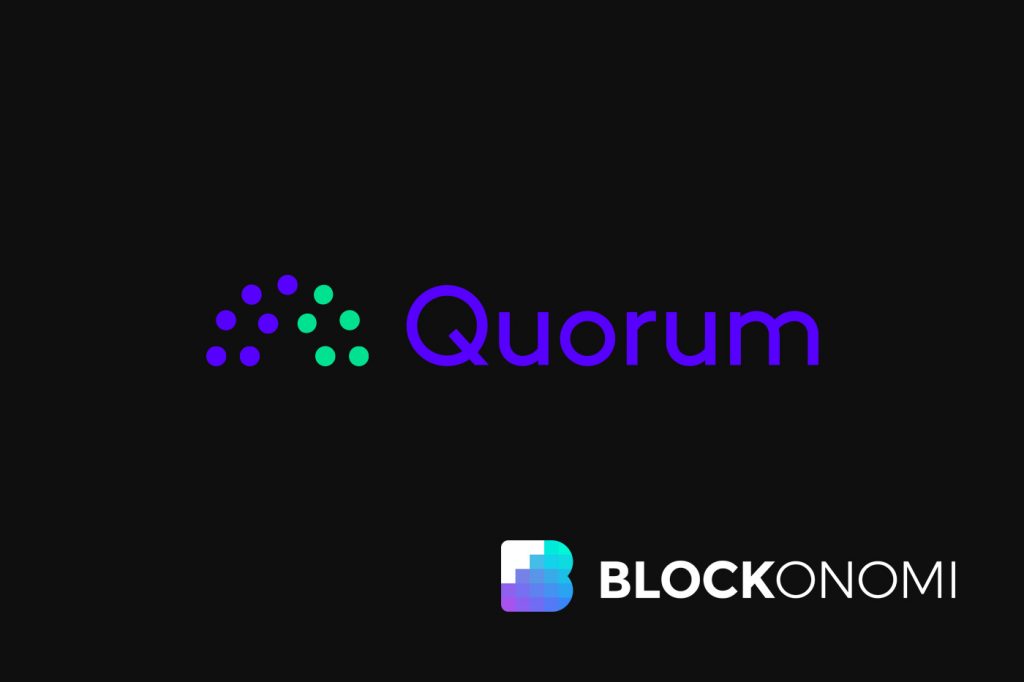 To do that, Microsoft is welcoming Quorum as the inaugural blockchain on its Azure cloud platform, specifically the new Azure Blockchain Service that the company launched on May 2nd. The new Azure arm will allow customers to leverage blockchain solutions in streamlined fashion.

The adoption-focused meld will allow enterprises working with blockchain tech “to shift their focus from infrastructure management to application development, ultimately driving transformative business value,” the two companies said in their announcement.

It’s a win-win deal, of course. With Morgan’s Quorum now in Azure’s stable, Microsoft has advanced on its competitor Amazon, which launched its own Amazon Managed Blockchain service this past Tuesday.

As for JP Morgan, its Quorum platform now has first-mover advantage in ushering in enterprise developers on Microsoft’s flagship blockchain service. JP Morgan blockchain head Umar Farooq hailed the collaboration as a milestone that would expand Quorum’s appeal:

“We are incredibly proud of the success Quorum has had over the last four years, as organizations around the world use Quorum to solve complex business and societal problems via blockchain solutions […] Azure will bring unique strengths to enterprise clients using Quorum.”

Microsoft has also committed to offering “engineering, consulting and go-to-market support for Quorum.” In extension, participating enterprises will be able to leverage the Azure Blockchain Workbench, which was launched last year and allows companies to readily build blockchain apps.

It’s full steam ahead for JP Morgan’s blockchain, then, but whether it remains the bank’s blockchain could still be up in the air. One year ago the bank’s leadership was reportedly considering whether to spin-off or repurpose Quorum as an independent project in order to boost the platform’s prospects.

The current strategic partnership isn’t the first time Microsoft has turned to Quorum, either. The tech giant teamed up with “Big Four” accounting firm EY to build the “Rights and Royalties” blockchain, a royalties system for Xbox game developers underpinned by JP Morgan’s Ethereum fork.

JP Morgan Has the Clients to Funnel Into Azure

If winning clients over is the name of the game, then Microsoft couldn’t have picked a better partner than JP Morgan to bootstrap the Azure Blockchain Service.

Why? The bank is using Quorum to build out an interbank blockchain rail, the Interbank Information Network (IIN), that is focused on streamlining banking transactions among its members. And speaking of members, the IIN has no shortage of them.

That’s because the network already boasts more than 200 participating banks to date, all of which are accordingly becoming acquainted and using Quorum. That’s 200 plus possible clients that the Azure Blockchain Service can win over if these institutions continue to work with Quorum and want to build associated apps.

The IIN is also set to grow, too, as the project is poised to begin trialing cross-border settlements (watch out Ripple!) later this year. If the trials prove fruitful, then the IIN’s numbers may eventually swell, making it so that more institutions will become familiar with Quorum.

Back in February, when JP Morgan announced it was creating a stablecoin-like token dubbed JPM Coin, the aforementioned Farooq noted just how far the bank’s reach went regarding clientele:

“Pretty much every big corporation is our client, and most of the major banks in the world are too.”

Microsoft would love to beat out Amazon in becoming the leading blockchain-as-a-service (BaaS) choice among these markets — big corporations and major banks — and JP Morgan could be the ticket in actualizing that reality.