Merry Christmas: Bitcoin Jumps 7% to $7,600 as Festive Rally Sets In 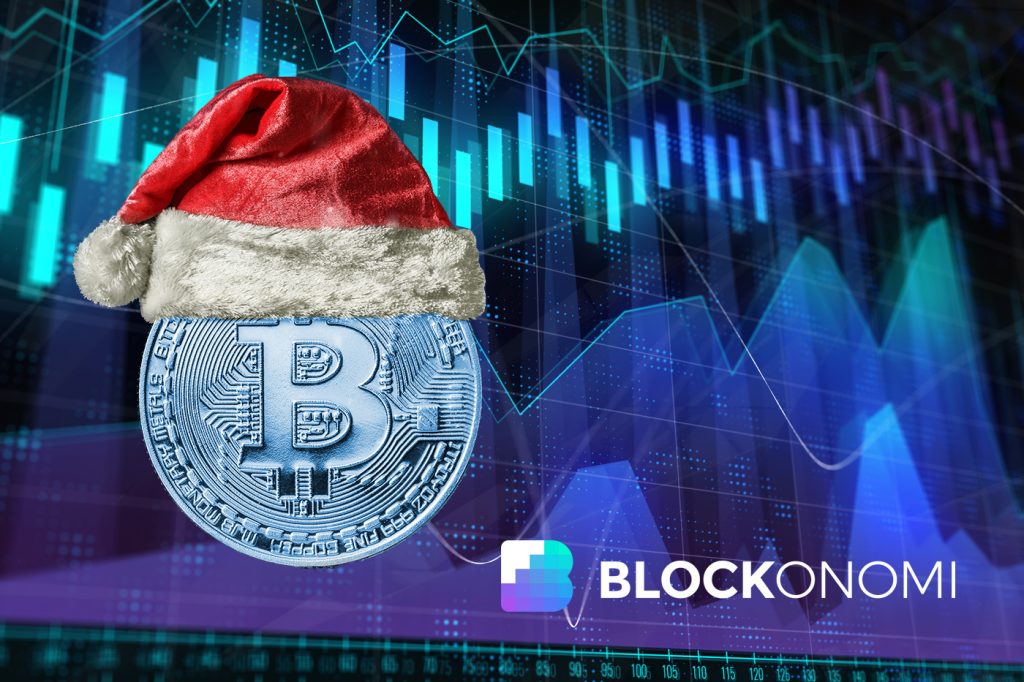 After days of no price action, Bitcoin (BTC) started to show signs of life on Sunday and Monday morning. The leading cryptocurrency broke higher on Sunday morning, pushing past the $100 range that had defined Bitcoin’s price for the better part of three days.

As of the time of writing this, the top cryptocurrency is trading for $7,550, seemingly poised to break higher as these levels hold.

Analysts say that Bitcoin’s latest move is setting the cryptocurrency up for a good Christmas week.

Amsterdam Stock Exchange trader Michaël van de Poppe, for instance, remarked that the green box depicted below has held as support, which marks the range low. Due to this bullish sign, he went on to say that he wouldn’t be surprised if Bitcoin makes another push to the $7,800 to $8,000 resistance region “later next week.” A move to this area would mark a 5% rally from current prices.

Green zone held for support here, which is the range low.

Currently at potential local resistance. Wouldn't be surprised with continuation of ranging for the coming days, before we make another push to $7,800-8,000 resistances later next week.

All in all, good. pic.twitter.com/vyumXpruOh

That’s not to mention that the Hash Ribbons, an indicator tracking moving averages of Bitcoin’s hash rate, have signaled that the phase of “miner capitulation” is coming to an end.

The reversal of the miner capitulation comes on the back of cryptocurrency data sites registering that the Bitcoin network’s hash rate recently hit an all-time high, seemingly reverting the capitulation that was taking place.

What’s notable about the “recovery” signal flashing is that this very signal marked a series of previous macro bottoms in Bitcoin’s price history.
Blockonomi’s analysis of the indicator found that “recovery” was seen at the start of January 2019, prior to BTC’s rally to $4,000, then $5,000, and so on; in August of 2016 after the previous halving, which kicked off a parabolic bull run that took Bitcoin to $20,000; and in 2015, prior to the moves that brought Bitcoin to $1,000 for the second time in history.

Although the outlook for Bitcoin is starting to look better after weeks of bearish action, there remain a few headwinds that may haunt the cryptocurrency market in the coming weeks.

The first is the fact that Chicago Mercantile Exchange’s monthly Bitcoin futures contracts are set to expire at the end of this week (December 27th, to be exact), despite it being a week of holiday celebration.

Yes, Bitcoin futures are cash-settled, meaning that the coins backing the contracts don’t actually exist on the blockchain, though analysts say the settlement of these derivatives has a profound effect on the underlying spot market.

In a recent Twitter thread, a market commentator going by “Joel” mentioned this, showing that there is a seeming correlation between the expiry of CME monthly futures contracts for Bitcoin and price action.

His data shows that in the week ahead of all previous CME futures expiries, there was a 70% chance that Bitcoin trended lower, with the average loss coming out to 2% in seven days. This implies that BTC could easily drop again as the December 27 expiry nears; then again, though, the 2% loss is just an average, meaning that the CME expiry could spell even more doom for Bitcoin in the coming week.

The second is the fact that the PlusToken Wallet scam, which managed to procure hundreds of millions of dollars worth of cryptocurrencies over its year in operation, continues to sell off its Bitcoin and Ethereum on the open market to cash out their earnings.

Independent chain analysts have determined that at one point, PlusToken’s operators were selling an average of 1,000 BTC a day, amounting to a large amount of selling pressure on the market.

Yes, reports indicate that the selling has slowed, though there remain tens of thousands of missing coins that may be dumped on crypto exchanges in the coming months.

The post Merry Christmas: Bitcoin Jumps 7% to $7,600 as Festive Rally Sets In appeared first on Blockonomi.