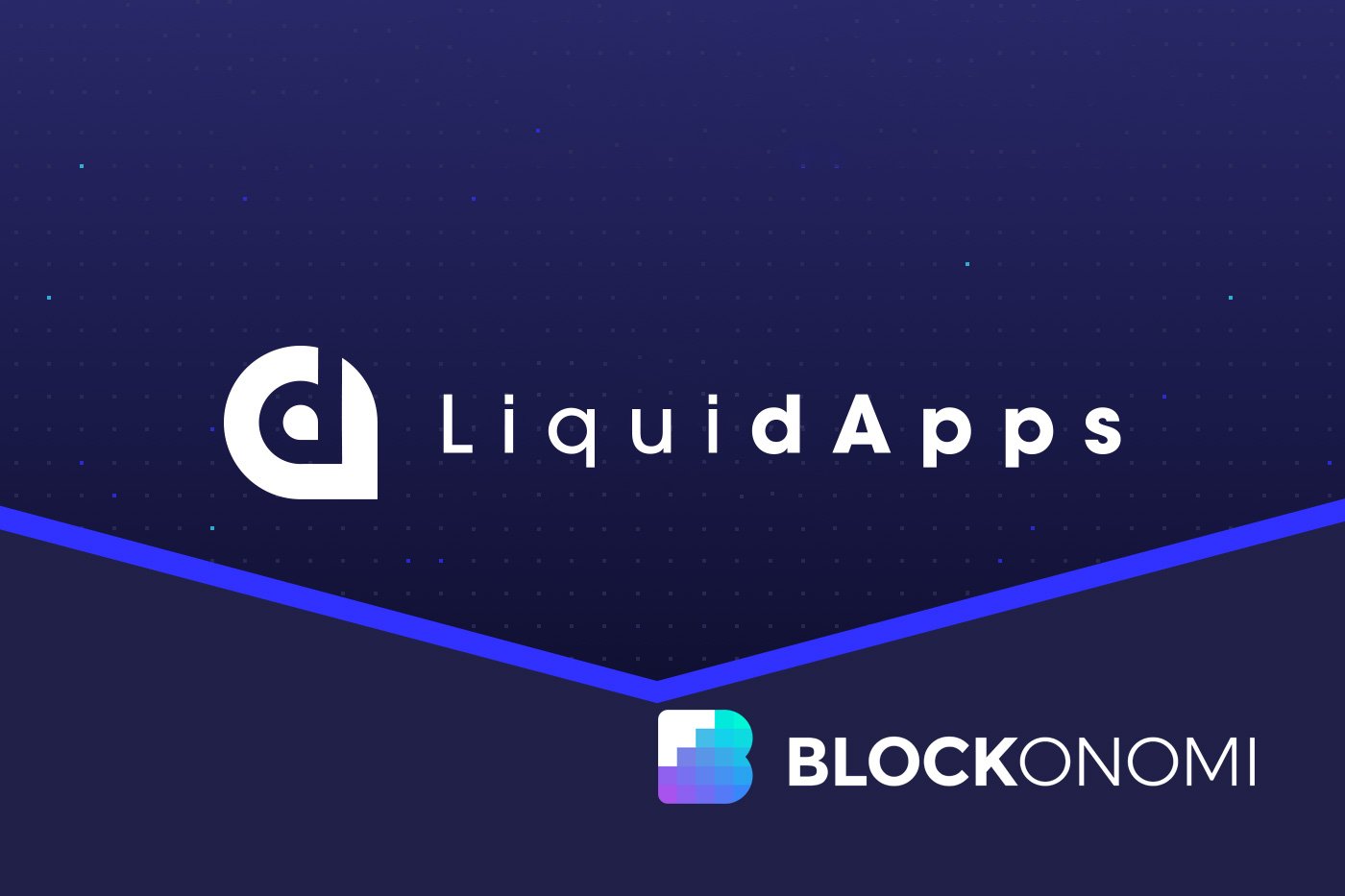 LiquidApps is a project that aims to help bring the future of dApps to fruition. LiquidApps and its products are aimed at dApp developers, being made by developers and for them. The various solutions have been created to make developing on blockchains substantially easier & affordable.

Today, there are only about tens of thousands of daily active users of various decentralized applications. Currently, developers have limitations thanks to the scarcity of available network resources and the high cost of those resources. As such, it is nearly impossible to build a scalable dApp that is actually useful and has adoption.

In the future, LiquidApps envisions there will be thousands of dApps delivering that critical utility for millions of mainstream daily active users. The project’s team predicts that dApps will eventually be a key part of people’s daily lives.

To help dApps blossom and develop, LiquidApps created the DAPP Network. This Network will make the process of developing dApps more scalable, efficient, and affordable. This is done via products for service providers, developers, and users. All of them want to scale the blockchain for the benefit of everyone.

LiquidApps already has two products, vRAM and Zeus, which are live and about to be live, respectively.

vRAM is already live on MainNet. vRAM offers a storage solution of an alternative nature that is highly compatible with EOS’s RAM. Thanks to this storage solution, users can potentially store unlimited amounts of data in an affordable yet efficient manner.

EOS currently puts the cost of dApp usage on the developers and not the users which means developers need to purchase RAM to operate their apps. While this is good for the end-user, it causes problems for developers who face high costs for running their apps.

The price of RAM on the EOS network has gone down since it’s highs last year, it is still expensive currently.

vRAM was specifically designed to appeal to developers who are building their own EOS dApps and acts as a more affordable “hard disk” for storing their data.

vRAM lets developers utilize decentralized, RAM-compatible storage that allows for storing as well as retrieval of potentially unlimited data. It is an end-to-end decentralized storage solution. 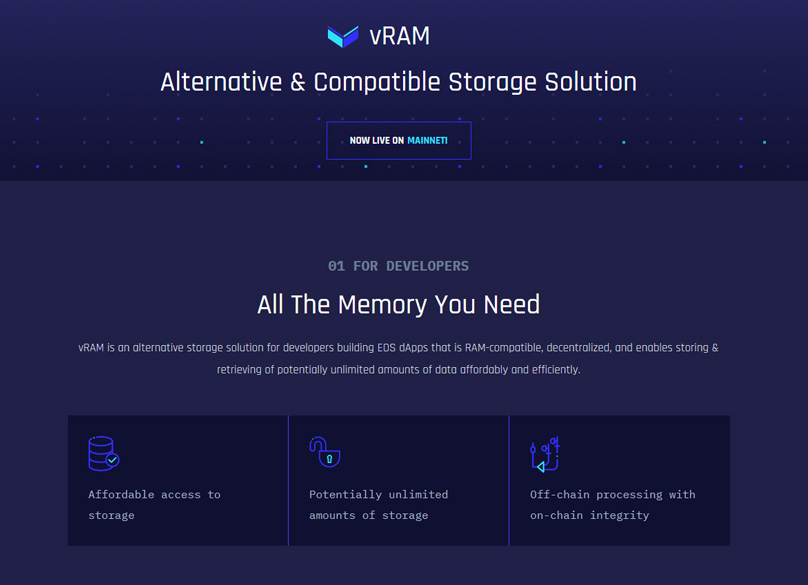 Developers who wish to use vRAM should find it relatively easy to do so. Start by integrating the vRAM Library with your dApp’s Smart Contract. This will let the vRAM systems and dApp interact. From there, choose the service package or packages that make the most sense for your needs based on data storage and access.

Each package has its own requirement for DAPP tokens. Stake the appropriate quantity of tokens. From there, you can support your service provider of choice via staking tokens to them. You can do this even if you do not need services.

One key element of vRAM is DSPs or dApp Service Providers. These DSPs operate nodes that make up the vRAM network. This lets DSPs create their own customized service packages. DSPs also have complete autonomy to determine factors such as the technical specifications, rates, and staking duration.

Zeus is a software development kit (SDK) from LiquidApps. This kit allows developers to use the LiquidApps products when they create their own dApps. Zeus will very soon be available on GitHub. Once it does, it will be an ideal solution for developers, acting as a “one-stop dev shop” according to LiquidApps. 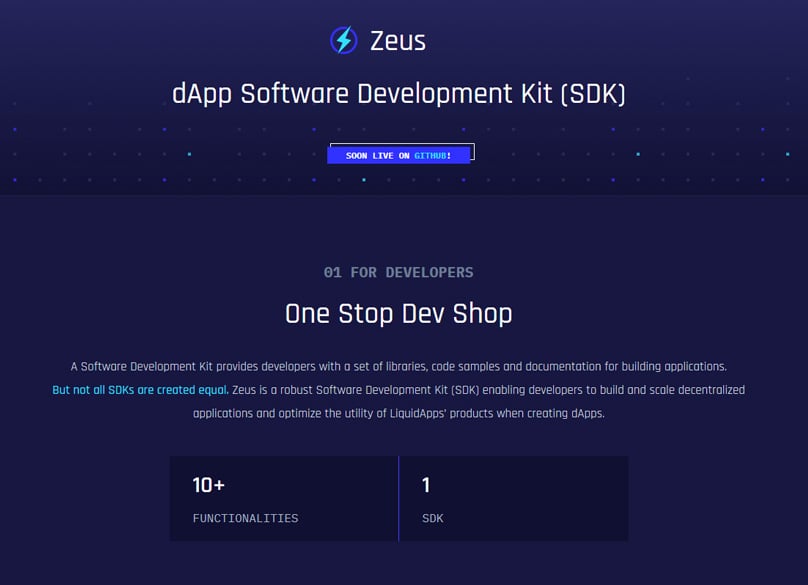 As a software development kit, Zeus will give developers code samples, documentation, and libraries to help them build applications. This SDK stands out from others thanks to its robust nature. That robustness makes it possible for developers to build and then scale their decentralized applications. It also lets them maximize the utility of the various LiquidApps products during the process of creating dApps.

Although Zeus is just a single SDK, it has more than 10 functionalities. Zeus lets developers use Smart Contract templates with just one command. They can also stimulate blockchain nodes with one command. Zeus additionally has cross-platform functionality for Windows, OS X, and Linux and makes it possible to design dApp frontends of a fluid nature. It can also test then deploy Smart Contracts and manage the development lifecycle with help from version control. Finally, it uses the package manager to easily install any needed libraries. Zeus has a Truffle-like interface for intuitive use and is an open source with a BSD license.

One of the many elements of LiquidApps is its efforts to redefine the process of developing dApps. Traditionally, internet applications are websites with web services on the platform layer, ISPs and cloud on the infrastructure layer. They also include the base protocol featuring HTTP, IP, and TCP.

By contrast, the applications using the blockchain, such as those created by and with LiquidApps, are dApps. The platform layer is LiquidApps with the infrastructure being BPs and miners. The base protocol for these dApps is EOS, BTC, and ETH.

As mentioned, DSPs are dApp Service Providers and these developers play a key role in LiquidApps. As a DSP, you can earn token incentives and revenue. DSPs have full autonomy over their offered service packages, including the rates, staking duration, and the various technical specifications.

DSPs rely on IPFS for trustless storage and retrieval of information that a dApp Smart Contract needs to take action. Thanks to cryptographic proof, the data stored on the DSP file systems have trusted integrity. This also helps minimize the RAM requirements for dApp Smart Contracts when accessing the data.

DSPs can help scale the ecosystem by providing utility, storage, and communication services for the blockchain. Thus, helping dApps reach their full potential. There are token incentives as DSPs can earn part of the annual inflation (of 1 to 5 percent; pro-rata) via the DAPP token staking mechanism. As mentioned, DSPs have autonomy over their service packages with the standards and rules set by the community, which also enforces them.

Anyone can become a DSP. You simply must meet the minimum specifications needed to operate a full node with EOS.

The DAPP token will be generated on an ongoing basis with an annual inflation rate via the DAPP Token Smart Contract. New DAPP tokens produced will get distributed to service providers for the DAPP Network in a pro-rata model. This acts as an incentive to power the DAPP Network. There will also be a public sale with 444 cycles over the course of 333 days, run with a Vendor Smart Contract. 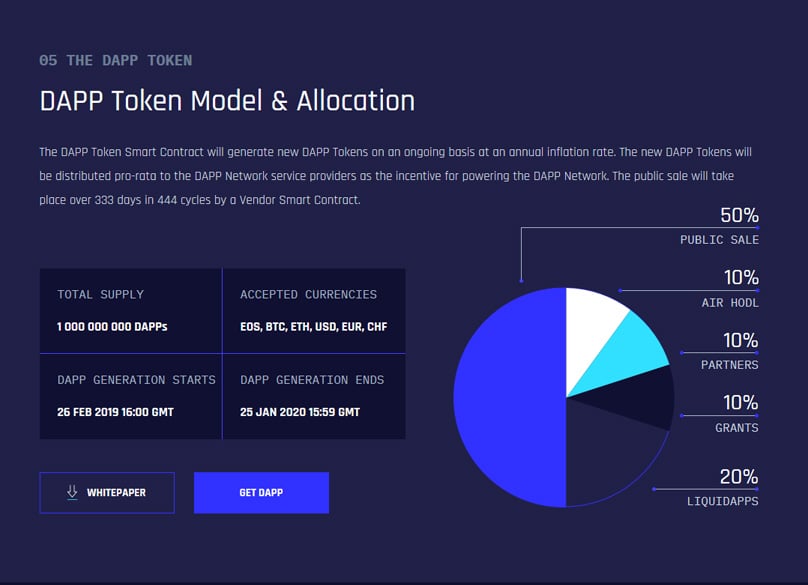 H1 2019 saw the launch of the DAPP token and vRAM release. This half of the year will also include the release of Zeus and the release of the IBC solution. H2 of 2019 will begin with the release of vCPU, with more releases to come. The points on the timeline after the vCPU release are locked. So, LiquidApps has not yet released details to the public. 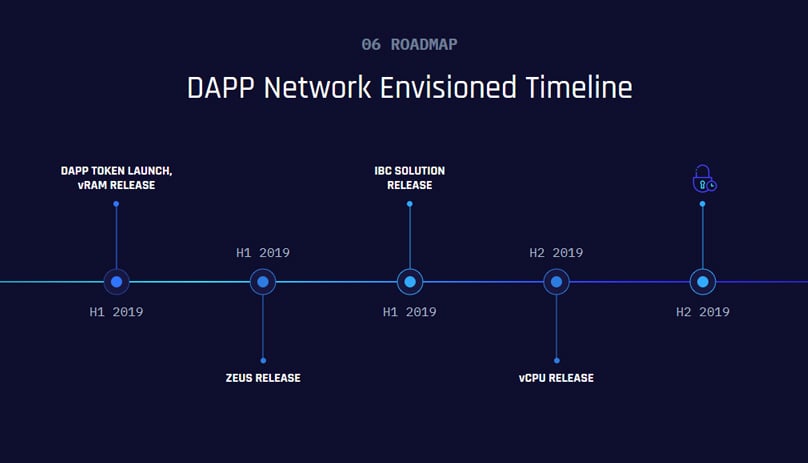 LiquidApps is a set of solutions and innovations created for dApp developers. This set works toward the goal of helping dApps evolve with scalability and utility. LiquidApps has a DAPP Network with the multipurpose DAPP token. It has already released its vRAM solution with the Zeus solution coming soon as well. With the assistance of LiquidApps, developers should be able to craft dApps more easily and affordably.