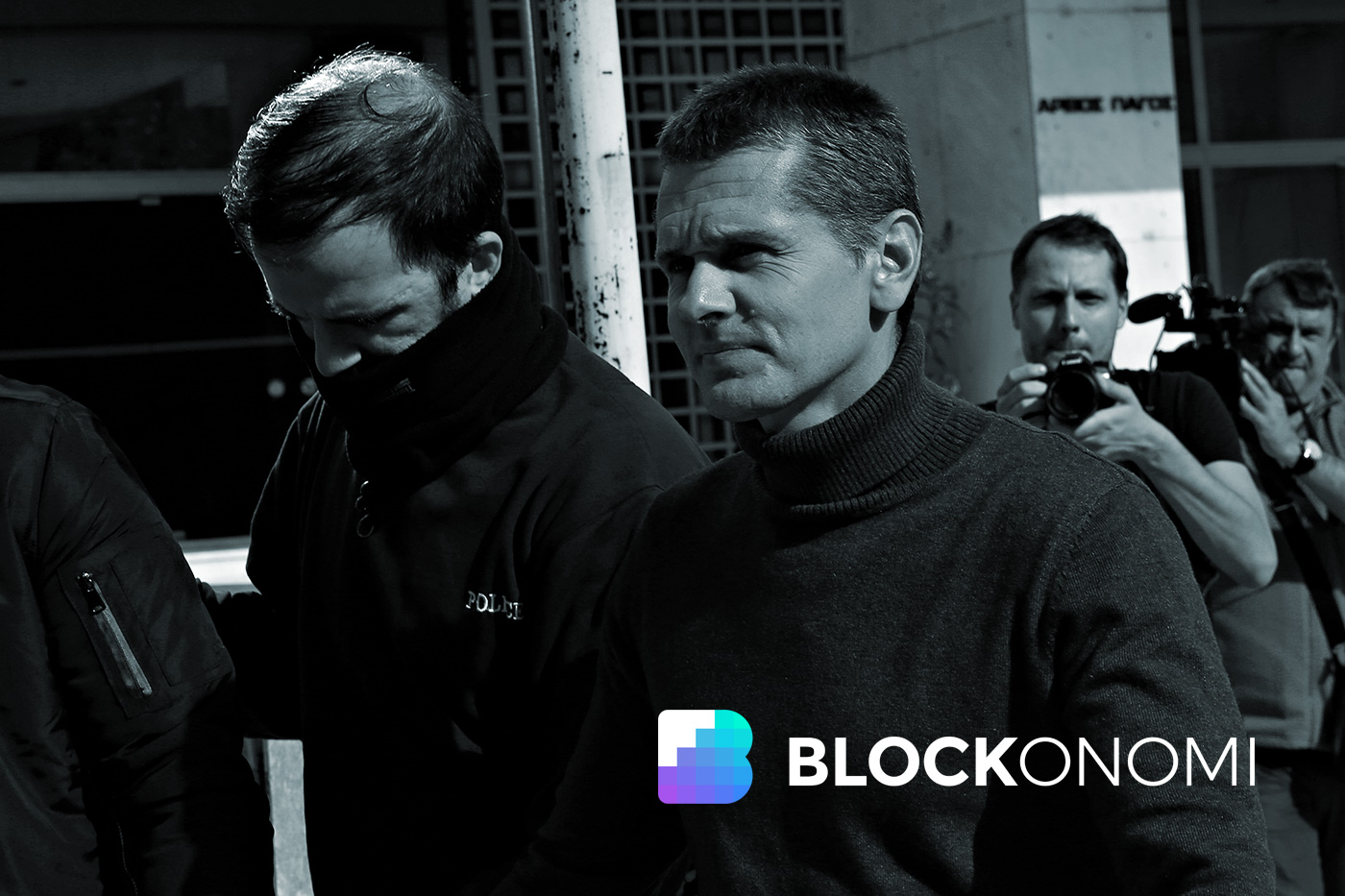 According to a report published in media outlet e-Kathimerini on March 21, Alexander Vinnik, the former operator of now-defunct crypto exchange platform BTC-e, has filed an appeal with a Greek court seeking extradition to Russia.

The report states that the Russian businessman, who is accused of laundering billions of dollars’ worth of digital assets, filed the appeal with a court in Piraeus city, seeking to go back to his home country on the grounds of “humanitarian reasons.”

BTC-e was one of the first Bitcoin exchange platforms, believed to have handled up to 5 percent of total Bitcoin trading transactions at some point.

Vinnik was arrested while on vacation in Greece back in July 2017, after he was accused by the police of laundering at least $4 billion in cash through his crypto exchange platform between 2011 and 2017.

He was eventually detained in the country, being held under charges of conspiracy, money laundering, and making transactions with cash that was obtained illegally.
In addition to the fraud and money laundering charges leveled against him, Vinnik, who was fondly called “Mr. Bitcoin,” was also accused of being complicit in the security breach of Japan-based Mt. Gox back in 2014.

An indictment from the United States Department of Justice, revealed that BTC-e (his exchange) acted as a funnel through which the laundered funds were transported, and a vast majority of the looted funds were also deposited right into his crypto wallet. The exchange was eventually told to pay a $110 million fine, while Vinnik was jailed and ordered to pay a $12 million penalty.

While in custody in Greece, governments across the world made moves to have their pound of flesh. Russia, the U.S., and France, have all made efforts to extradite him and bring him to their shores to pay for his sins.

In July 2018, a Greek court passed a ruling for Vinnik to be extradited to France, a country where he is accused of defrauding over 100 citizens over the course of two years.

He challenged the extradition ruling, while also declaring his innocence of the French government’s accusations. In a show of protest, he proceeded on a hunger strike on November 2018, saying that he hoped his actions would grant him a “fair trial.”

Fearing that the hunger strike could kill him, Tatyana Moskalkova, Russia’s Commissioner for Human Rights, wrote a letter to Michalis Kalogirou, the Greek Minister for Justice, pleading with him and the Greek government to cooperate with Moscow in their efforts to extradite Vinnik. Moskalkova appealed to the Greeks, urging the government to hand Vinnik to them, based on his deteriorating health and charges leveled against him.

The Russian Commissioner was reported to have visited Vinnik in Greece on February 21. In her letter, she pointed out that Vinnik had agreed to put an end to the hunger strike, but he needed to be taken back home where he could get help.

The report on e-Kathimerini also seemed to corroborate this fact, even going as far as pointing out that he had to be transported to the court via an ambulance. Vinnik’s lawyers also believe his health has deteriorated badly and that his life is in danger. They have taken every opportunity afforded to them to reprimand the Greek justice system for having him detained beyond the maximum 18-month period allowed for pre-trial detention.