Ethereum Price Predictions: From Zero to $100k – What do the Experts Think?

Ethereum is the number 2 cryptocurrency in the world by market capitalization, and it offers a hefty contrast to front-runner Bitcoin. Unlike the original – and still top – cryptocurrency, Ethereum offers more than just a secure means of payment or a store of value. Some of the Ethereum’s more rabid backers present it as nothing less than the future of the internet. Buying Ethereum today, they say, is the equivalent of picking up a few shares of Apple back when it was practically run out of a garage.

Ethereum is a platform coin at heart. It permits other coins and decentralized applications, or dApps, to be built on the backbone it provides. At the same time, it’s a highly liquid and frequently traded coin. Ethereum enjoys more base pairing on exchanges than any other coin but Bitcoin, and since rocketing up to almost $1,400 in the same December time-frame where Bitcoin hit a high of more than $20,000, it’s become viewed as a store of value. Ethereum has since tumbled from its all-time high, and it’s unclear when – or if – the coin will reach those lofty heights again. 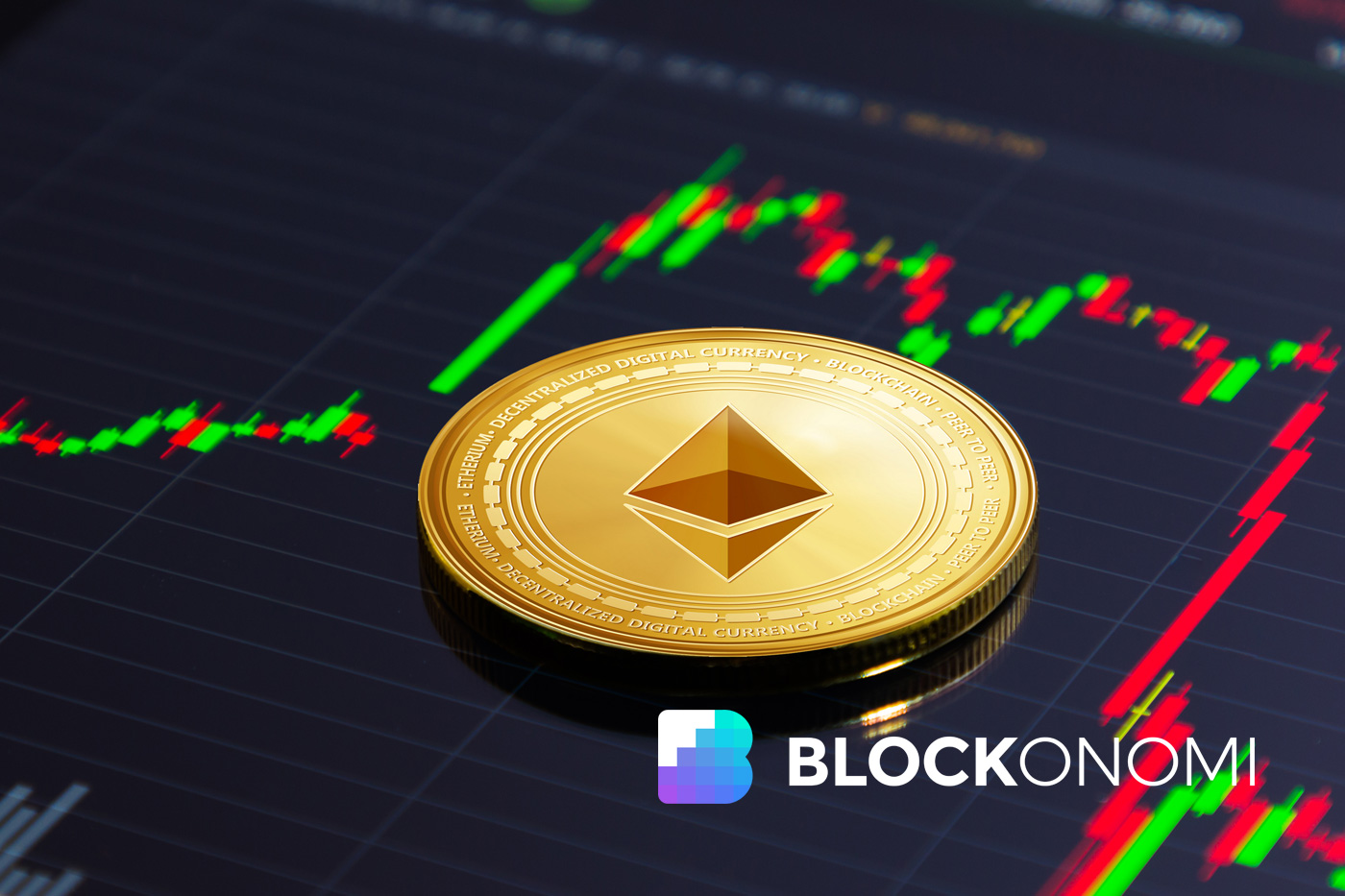 That hasn’t stopped market observers from speculating, however. Since Ethereum fulfills a fundamentally different role in the market than Bitcoin, it’s hard to peg down its exact future price. After all, how can one value a fundamental building block of the new Internet? Ethereum also does not get as much headline-time in the mainstream press, so predictions of its value are less likely than Bitcoin to headline Forbes or the Wall Street Journal.

At the same time, Ethereum is a cryptocurrency like any other, and it’s subject to the whims of the market for now. We’re going to take a quick look around at some of the more outstanding Ethereum price predictions for end-of-year 2018 and beyond. We’re also going to try to get a sense of what Ethereum’s potential could be, should it fulfill its backers’ dreams of becoming the next big virtual thing.

Per usual, the quotes and ETH price predictions are listed in order from lowest to highest. Timelines have been included where possible, although many Ethereum backers like to keep their projections vague. After all, it’s nearly impossible to tell when the next big dApp will be written.

If you want to see what the experts think of Bitcoin’s Price, see their predictions here.

“Still, Buterin was the one who helped launch a network with tokens that he admitted are intrinsically worthless, at least for now. Why didn’t he wait to devise a platform with an equitable distribution model and a proven use case, aside for speculation? …We’re almost a year removed from Buterin stressing the need to ‘differentiate between getting hundreds of billions of dollars of digital paper sloshing around, and actually achieving something meaningful for society.’ It’s hard to see how his invention has made any difference beyond inflating the crypto bubble. Non-state virtual currency is interesting, but wasn’t Ethereum supposed to be something even greater?” – Matthew De Silva. 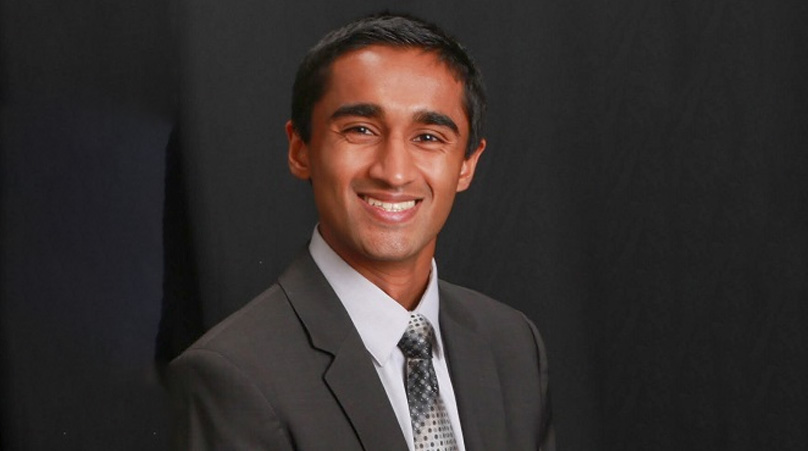 The cryptocurrency journalist leveled his criticism of both Ethereum and its creator, Vitalik Buterin, in September after prices crashed to the $179 mark. De Silva’s argument seems to be that Ethereum is reaching its natural state, which is close to zero. Buterin almost immediately responded on Twitter to De Silva’s criticism, saying, “The reason is that as of today, abstraction is not even implemented in Ethereum. There are clear efficiency advantages to using ETH as a means of paying for gas: it’s already baked into the protocol, zero gas cost to pay for gas (so no ‘tax tax’), network protocol supports it…It’s not fair to rely on hypothetical future features to argue against something, and not admit *planned* future features as arguments in its favor.”

“The current technical structure will remain negative as long as the price is below $515, but a successful 2-hour close above this level may perhaps decrease the current bearish pressure and open the doors for a fresh upward wave. On the flip side, the recent low of $477.31 may act as a decent support, the next buy zone being around $450. Overall Ether could consolidate in the short term, but it remains at a risk of more losses until there is a break above $515.” – Aayush Jindal 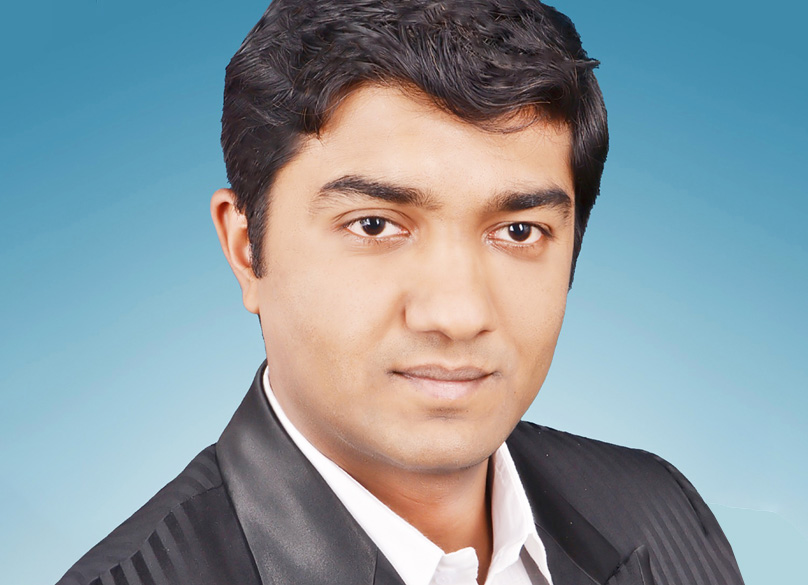 The analyst for ETH news said in March that Ethereum is weak as long as it remains below $515. Once it crosses that level, however, its rise is likely to be both sudden and strong. It’s worth noting that Ethereum’s price has since decayed from Jindal’s original position, although his expectation of a turnaround at the $515 mark remains valid.

“They are one of the most real projects to date. Nearly all large organizations are testing on this platform.” –Joseph Raczynski 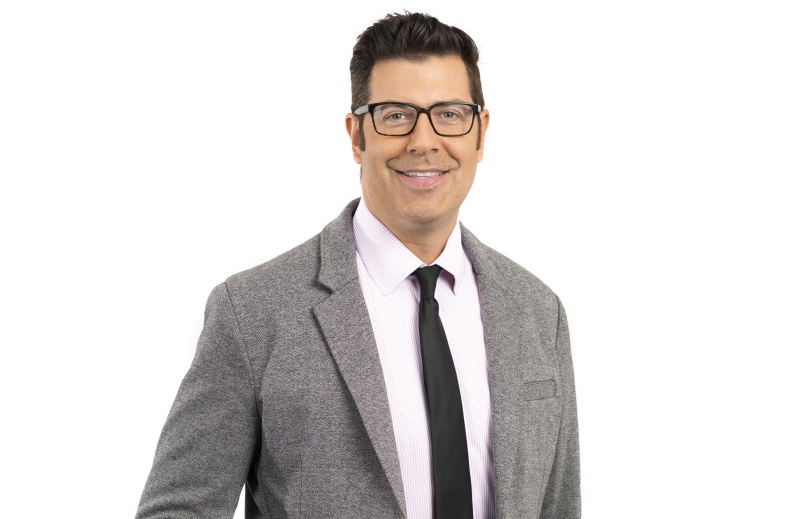 The founder of JoeTechnologist.com said in an interview with Finder.com that Ethereum can easily be expected to reach $1,000 by the end of the year. Considering its price point at the end of last year, that makes Raczynski one of the more conservative Ethereum forecasters out there.

“The past doesn’t predict the future blah blah blah…. But you would be a fool not to watch for Ethereum and Litecoin to start rallying as a potential  signal for the crypto market bottom we are all waiting for and last year it gave plenty of advanced warning, so will likely do so again after the ‘Bitcoin is Dead’ headlines hit the mainstream press.” – Clem Chambers 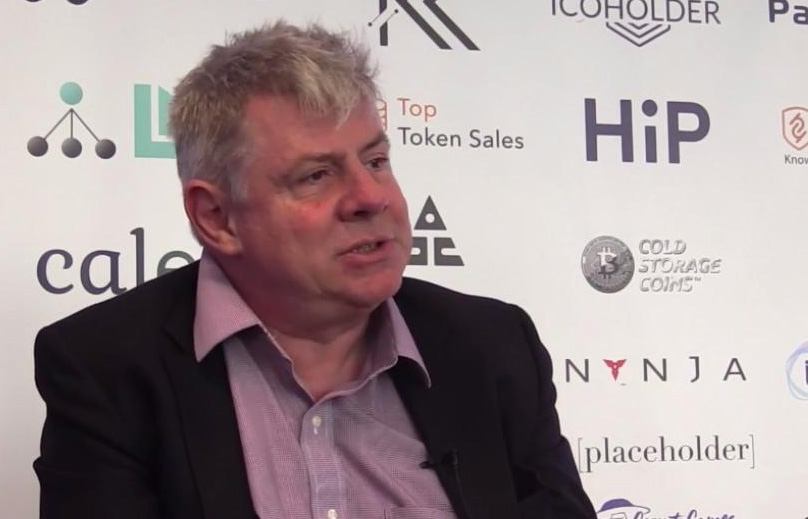 Writing in Forbes, the CEO of investment website ADVFN predicted that Ethereum prices will surge near the end of 2018 just as they did at the end of 2017, albeit with a higher potential cap. Last year, Ethereum pushed to just about the $1,400 mark. If Chambers is correct, Ethereum should surpass that by December 2018.

“The price of Ethereum is predicted to increase significantly this year, and could hit $2,500 by the end of 2018 with a further increase by 2019 and 2020 … This general upswing will be fueled by three mains drivers. First, more and more platforms are using Ethereum as a means of trading. Second, the increased use of smart contracts by Ethereum. And third, the decentralization of cloud computing.” –Nigel Green 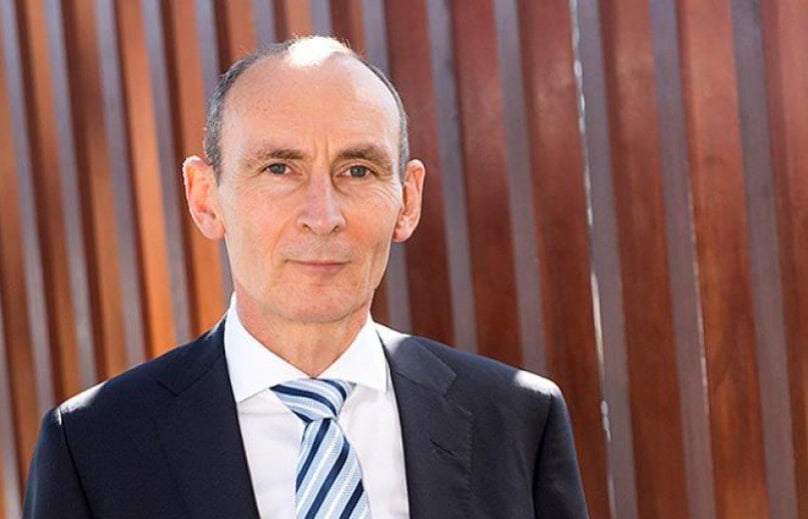 The CEO of the deVere Group gave MarketWatch a rare, firm number and timeline for its attainment – $2,500 by the end of 2018. While Ethereum holds at just a tenth of that price in October, dramatic surges are not impossible in the cryptosphere. In fact, wild volatility is one of the primary identifiers of the cryptocurrency market thus far, and so Green’s prediction may be closer to the market than it at first appears.

“What you’re seeing with Ethereum is exponential increase in the number of projects – there are billions of dollars being poured into the ecosystem right now – maybe 10 times more projects this year than last year, which could easily lead to a doubling, probably a tripling in price by the end of the year.” – Steven Nerayoff 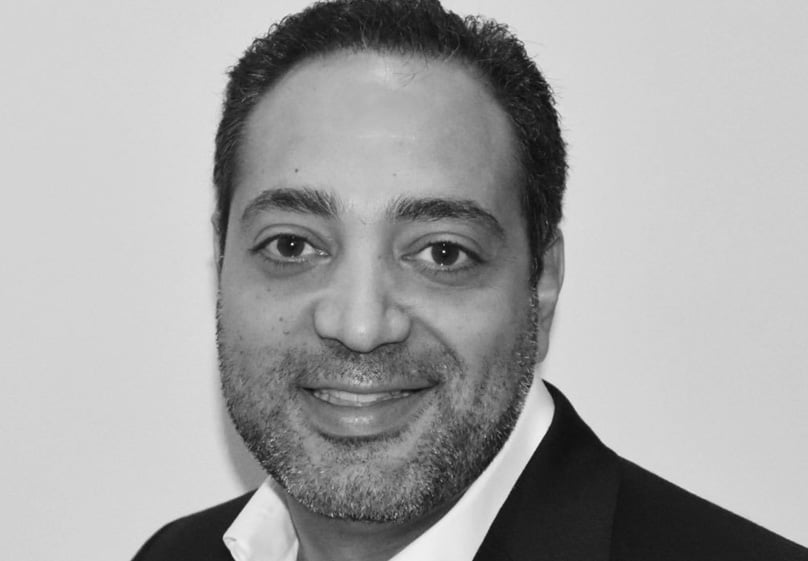 Ethereum’s co-creator told CNBC that he expects the coin to succeed in 2018 based almost entirely on the development capital being pushed into the Ethereum ecosystem. In the January timeframe in which Nerayoff made his prediction, Ethereum was above $1,000. Although it has tumbled significantly from that point, the general sentiment may yet hold true. A doubling or tripling of Ethereum from October’s price of about $225 would position the coin well for fast growth in the first half of 2019.

“In Ethereum, this programming language is much more expressive and its higher level…so what we’ve seen in Ethereum is a much richer, organic developer ecosystem develop very, very quickly, which has what driven Ethereum’s price growth, which has been much more aggressive than Bitcoin…so maybe by the end of 2018.” – Olaf Carlson-Wee 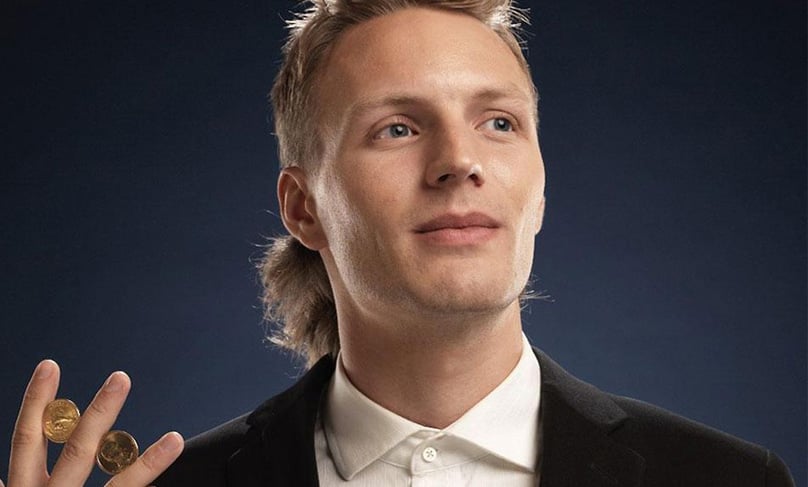 In a 2017 interview with Bloomberg, the CEO of Polychain Capital predicted that Ethereum’s total market capitalization would smash Bitcoin’s by the end of 2018 due to its more robust programming language and platform position. As of October 2018, Ethereum’s market cap was hovering around $23 billion, while Bitcoin’s was over $114 billion – with the coins’ prices at about $225 and $6,600, respectively. If we take Carlson-Wee’s prediction to mean that Ethereum will overtake Bitcoin in price without a concurrent crash in Bitcoin’s individual pricing, we should expect to see Ethereum operating near $7,000 by year-end. Of course, the reverse is also true. Ethereum could overtake Bitcoin’s market capitalization by holding steady while Bitcoin plummets, but this scenario seems unlikely, according to market observers.

“Like Bitcoin, there is little stopping Ethereum from being an alternative currency to fiat and commodity currencies. You can conceivably trade anything using Ethereum, but this is not Ethereum’s strength in comparison to other cryptocurrencies – they can all do this. It’s rather the computing language that allows the smart contracts to exist that makes Ethereum more valuable than BTC (in my opinion).” – Jeff Reed 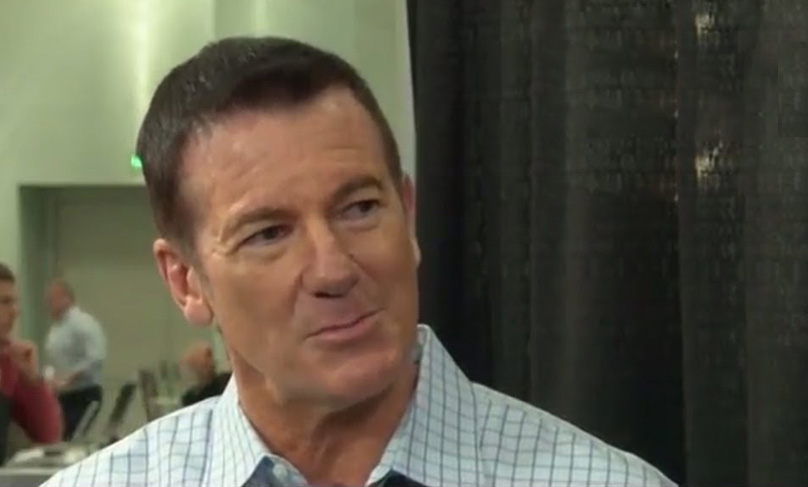 Cryptocurrency author and market observer Reed also pegs Ethereum as a surer long-term bet than Bitcoin. While Reed does not give a hard-and-fast price or timeline, his understanding of the market boils down to Ethereum eventually trumping Bitcoin – and seizing its top price position – due to its platform capabilities. This is a theme that emerges over and over again among Ethereum supporters. Because Ethereum is not just a currency but a platform, it seems inevitable that it will eventually dominate Bitcoin in value.

“What if you believe that Ethereum is less like one individual business and more like a store of value, like gold? This gives us a potential market capitalization of roughly $10 trillion, leading us to believe that the price of Ethereum might rise as high as $100,000 per coin. We might even go one step further and say that Ethereum is not like one asset, but an asset to replace all currency that exists.” – Brian Schuster 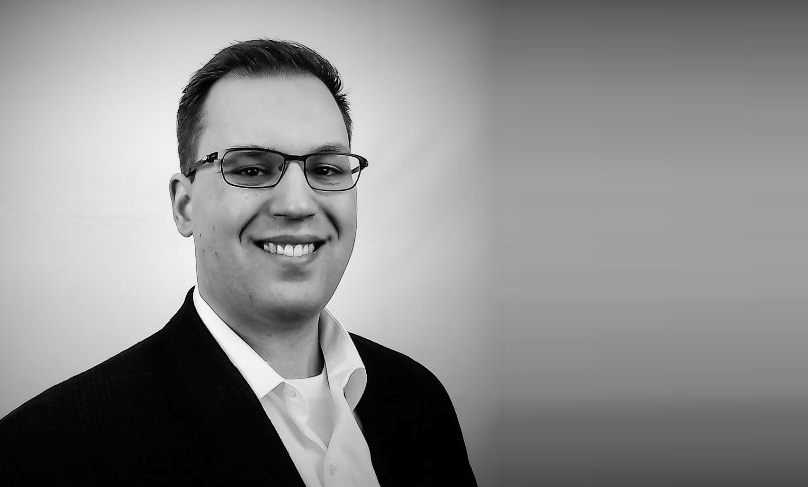 The head of founder solutions at Ark Capital LLC presents a lofty picture of Ethereum reaching $100,000 per coin, just as soon as it replaces gold as a store of value. The ultimate replacement of gold with crypto has been predicted by a number of other market observers, although Bitcoin is usually seen as the likely replacement coin. Reaching even higher, Schuster suggests that Ethereum’s platform aspect may eventually lead to it becoming a sort of mother currency for all future digital currencies – in a world where digital currencies are the norm.

What Does the Future Hold for Ethereum?

Putting a price on Ethereum is nowhere near as straightforward as putting a price on a pure spending and value coin, like Bitcoin. In its purest form, Ethereum represents potential. As a development environment, Ethereum provides the basis for a host of lesser coins and as-yet unrealized decentralized applications. As a currency, Ethereum is evolving by leaps and bounds due to its smart contract capability.

Although there is a wide gulf between the market capitalizations of Bitcoin and Ethereum, there’s an even wider gulf between the two coins’ end-use cases. Bitcoin was always meant to be spendable, as a way of circumventing third parties, like banks. Ethereum, on the other hand, was created with spending as almost an afterthought; spending Ethereum is what powers the Ethereum ecosystem, which has a potentially much wider reach than Bitcoin.

Directly comparing the prices of the two, then, almost seems like comparing apples and oranges. Likewise, it’s somewhat difficult to treat Ethereum as just another coin in the market. It’s a little like speculating on domain names in the mid-1990s. Practically no one could have predicted that an address like http://www.lasvegas.com would eventually be worth millions –$90 million, just that example. Ethereum operates in a similar space. It’s easy to take a look at the coin’s fundamentals and draw some conclusions based on technical analysis as to where it might finish up the year.

Long term, however, Ethereum’s backers may just be right – the virtual sky may be the limit.

The post Ethereum Price Predictions: From Zero to $100k – What do the Experts Think? appeared first on Blockonomi.