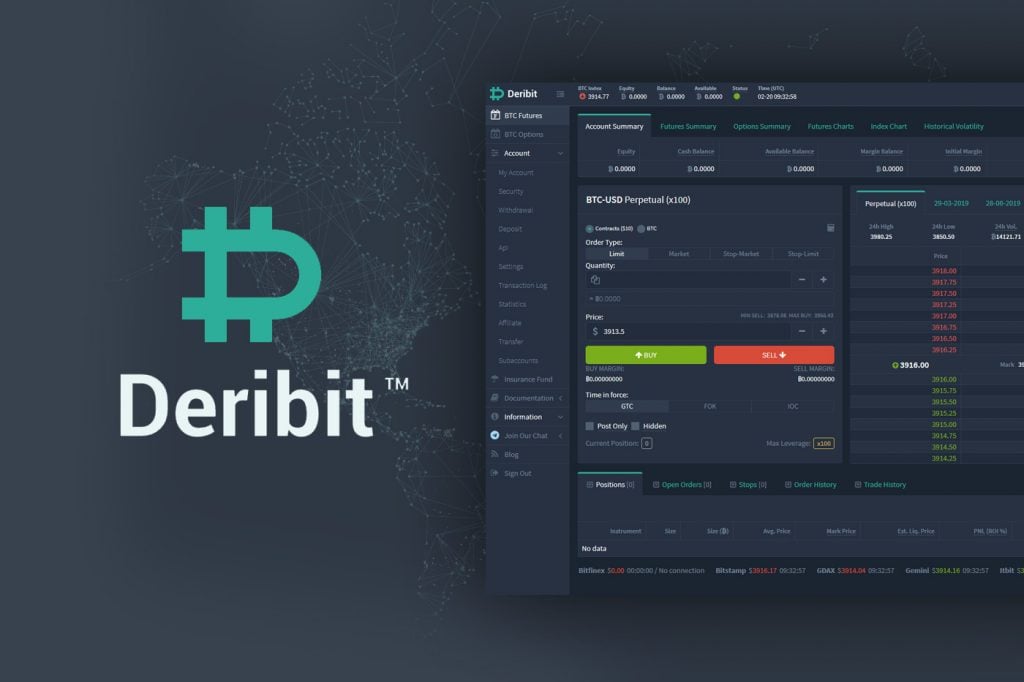 Bitcoin was created by pseudonymous coder and cryptographer Satoshi Nakamoto as a seeming way to give individuals a chance to opt-out of the fiat, government system through decentralization.

Altcoins, too, seemingly share a similar premise; Ethereum, for instance, has so-called decentralized finance applications that aim to offer financial services without the need for intermediaries and regulation, and Monero exists to be a “secure, private, and untraceable” form of money.

Despite the premises of decentralization, cryptocurrency firms have ironically become caught up in governmental bureaucracy.

Case in point, a prominent cryptocurrency derivatives exchange has just revealed that it is has been forced to make a dramatic change to its business because of an soon-to-be-implemented regulation.

In a blog post published on January 9th, Bitcoin derivatives platform Deribit, a platform frequented by many crypto traders, revealed that it is officially leaving the Netherlands due to the Fifth Anti-Money Laundering Directive (5AMLD), a regulation set to be implemented in a majority of European countries on January 10th (should be today).

Deribit will be setting up operations in Panama, where there are laxer laws, to operate the new platform. “The Platform will move to Panama, as we wish to continue offering an easily accessible trading platform at very low costs.

Currently, Deribit is operating in the Netherlands. However, the Netherlands will most likely adopt a very strict implementation of new EU regulations that also apply to crypto companies,” the exchange wrote.

We would like to inform you of the upcoming changes in the Deribit structure.

While Deribit is moving to Panama, the exchange is still implementing KYC protocol, in an aim to “prevent illegal activities on our platform.”

This change will force KYC on all Deribit users, who will need to submit their legal name, name, date of birth, address, and country of residence if they want to access the platform.

To access margin trading and unrestricted withdrawals, users will have to submit their passport or another form of valid government ID.

Deribit is far from the first cryptocurrency-related business to have been dramatically affected by 5AMLD. Simplecoin and Bottle Pay — two separate European crypto startups focusing on mining and social media Bitcoin payments, respectively — were forced to shutter their operations because of the new regulation.

Some Firms Yet to Respond

While Deribit, Simplecoin, Bottle Pay, among other companies have responded to this upcoming regulation, there remain many Europe-based cryptocurrency companies that seemingly aren’t in compliance with 5AMLD.

Larry Cermak, head of research at industry outlet The Block, in the middle of December published an extensive thread specifically noting that both Binance and OKEx aren’t following the rules of 5AMLD — Binance in specific has a feature that allows any user to withdraw upwards of 2 BTC a day, even if they haven’t submitted their personal information for a background check.:

“Binance currently has a withdrawal limit of 2 BTC (~$14,000), for which it doesn’t require KYC. If it’s less than 2 BTC, it only requires KYC if there is suspected fraudulent activity, The EU will explicitly not allow that and Binance is based in the EU,” Cermak wrote.

EU's Anti-Money Laundering Directive (5AMLD) is set to take effect in two weeks. Exchanges will have to register and let authorities obtain KYC of users. This means that even Binance and OKEx, both based in Malta, will be required to follow these rules or leave the EU

From Blockonomi’s searches of these companies’ social media feeds and on-site blogs/support forums, there haven’t been updates made to their KYC and AML policies.

That isn’t to say that Binance and OKEx aren’t keeping their eye on cases of money laundering on their platforms, however.

Per previous reports from Blockonomi, a Binance Singapore user withdrawing Bitcoin to a privacy-centric wallet with a “coin mixing” feature was questioned by the exchange, which temporarily withheld their funds.

Regardless, 5AMLD regulations are law, meaning that they should be followed if crypto companies want to operate in Europe.