Looking at the global chart you can see that the evaluation is at around the resistance level from this last downtrend that has started on Monday, so we are now going to see either a full-blown breakout or a rejection. 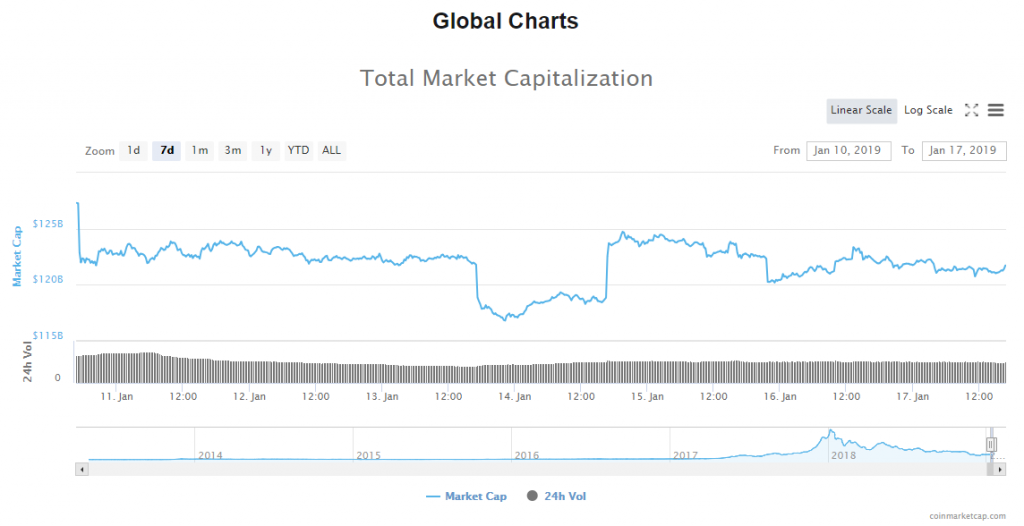 Bitcoin’s market dominance has been hovering around the same levels as its currently again at 52.3% but has been decreasing today, following the increase of the evaluation of the market capitalization.

Looking at the hourly chart you can see that I have labeled what was previously labeled as a 12345 wave as the second wave X as the wave structure looks corrective and not impulsive, although the structure will end up going a bit up as expected. This is because if this is the second wave X it is likely a three wave correction out of which the current triangle is the wave X, and another increase like the one that occurred on Monday is to be expected.

The price attempted a breakout in the previous hour but the price was quickly pushed back inside the territory of the triangle but hasn’t come down below the triangle’s support line. As it even didn’t go past the 0.382 level we might see the support holding which would result in the immediate breakout to the upside one the current hourly candle. This was the third interaction with the triangle’s resistance which indicates that the buyers are putting pressure from the upside but since the level was respected the sellers have managed to be as aggressive which lead to the formation of the symmetrical triangle.

Since the breakout point is getting close, as the price is close to the triangles’ apex, it will be also likely that the sellers are going to push the price down below the 0.382 Fibonacci level and the triangle’s support but only for a quick dip which would activate more buying momentum that is needed for expected recovery and the ending point of the second wave X.