From yesterday’s open at $115B the evaluation of the cryptocurrency market cap has increased by around 16 billion dollars measured to the current level and has reached $133,367,000,000 at its highest point today.

Looking at the global chart you can see that the evaluation has gone slightly above yesterday’s high but since the market recovered significantly in the last couple of days the evaluation has encountered the sellers’ territory and has found strong resistance above the current levels which is why it is in a downward trajectory currently. 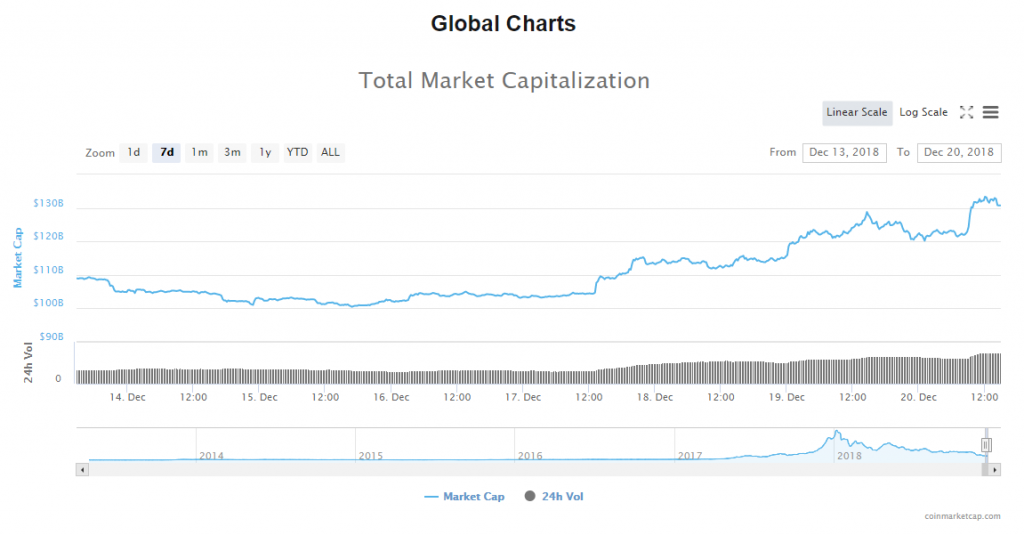 Consequently, the market is green with an average percentage of increase among top 100 coins ranging from 0.3% (like Cardano) to around 5%. The biggest gainers are in double digits with Bitcoin Cash being the biggest one with an increase of 36% in the last 24 hours.

Bitcoin’s market dominance has started to increase again and has come from 53.43% which was the lowest point yesterday to 54.12% where it is now. 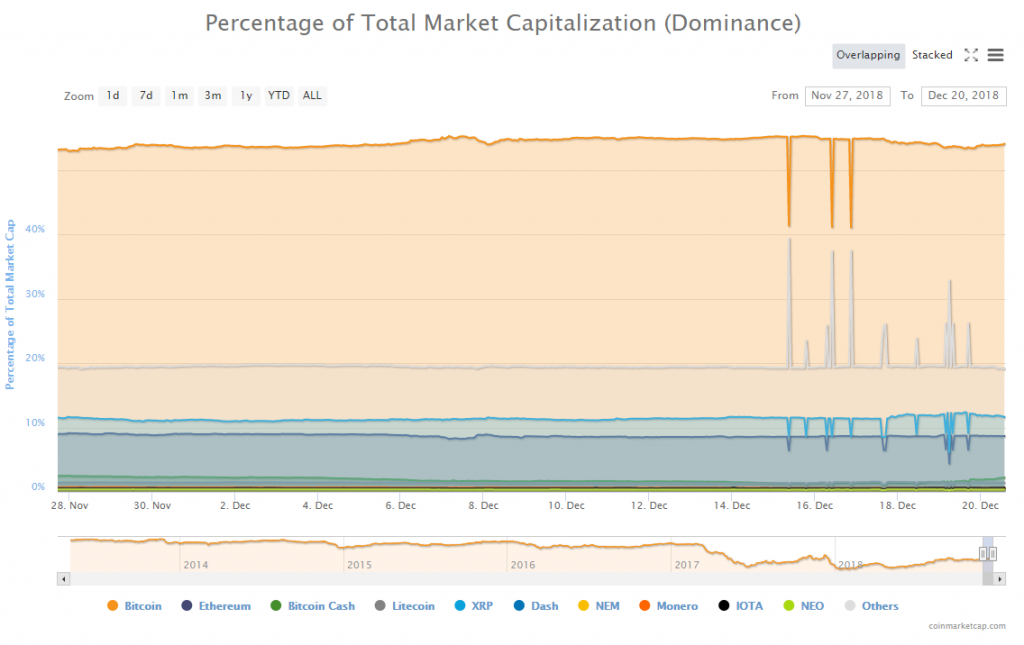 Looking at the hourly chart you can see that the price went a bit higher than projected in the previous analysis but my primary count stays the same. This won’t change until the price either goes further up past the upper bold black like which is the baseline support from the downtrend seen on a higher time frame. But since the price is looking like it encountered some resistance we might see another minor increase for proper interaction with the mentioned level before a trend continuation. This would be considered as a retest of resistance from which the price previously broke out off before further downside trajectory continues.

From yesterday’s low at $29.6 the price of Litecoin has increased by 8.65% measured to the current level the crypto is being traded which is at around $32.368.

On the hourly chart, you can see a similar situation like on the Bitcoin’s – the price is has recovered to slightly below the ending point of the W wave which still makes this count valid and as the price has reached the horizontal resistance line at $33.29 today and is getting rejected judging by the current red candles we are now going to see a decrease. If the WXY correction ended the price is likely going to continue its downward move as in that case this was a correction before further downside.

Litecoin is in the buy zone.

On the hourly chart, you can see that I have labeled this upward move that the price of EOS was been experiencing from 7th of December as an impulsive 12345 wave to the upside which is why I believe that the price of EOS has a bit more to recover before any downward movement since the price is lagging behind. The target for the increase would be at around the 0.382 Fibonacci level or where the horizontal resistance line is around $3.28.

As the market is strongly correlated this projection may not be true but this is what the Elliott Wave count implies for now. Currently, the price is at the second attempt to break the horizontal resistance so if the price gets rejected we are going to see a pullback from here that would result in a completion of the impulsive move. In any way, after the increase is done I would be expecting new yearly lows for the price of EOS.

Since I was expecting a recovery that could lead the price of Bitcoin back to around $6500 potentially before continuing the downward trajectory to $1300 I am starting to think that this may be it. But I was expecting one more low which would be in the case of Bitcoin around $2926, as to establish strong support before some serious gains could be made. My primary count stays the same for that reason but we are yet to see what happens and my projected scenario will soon be put to the test as the next retracement will give us some clues as to where the price is heading next.