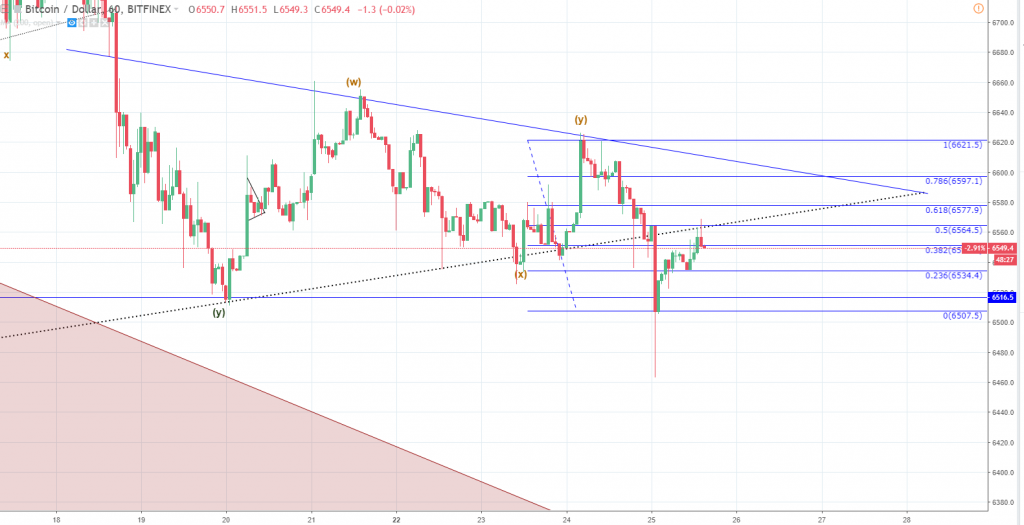 From yesterday’s high at around $211,289,000,000 the cryptocurrency market has decreased in evaluation by approximately 2 billion dollars.

Looking at the global chart above you can see that the action is still in a consolidative range with low volatility. Currently, the evaluation is looking like its heading upward again but the structure looks week which is why I would be expecting another interaction with the downtrends resistance after which a breakout on the downside will occur. 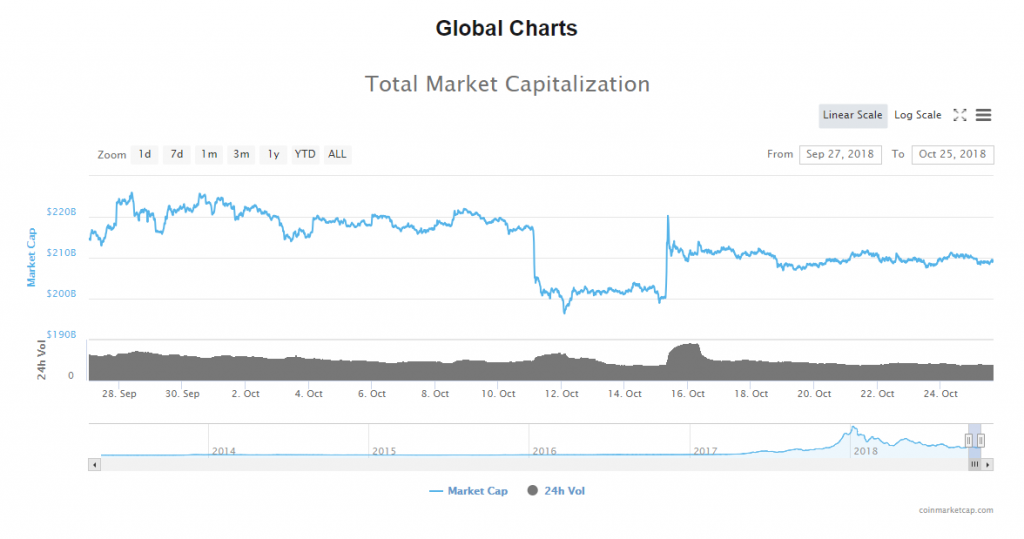 There aren’t any significant news that is impacting the market at the moment, however, there’s an interesting headline regarding Tether again. According to an official statement made by the company on Twitter, 500m USDT have been burned due to the redemption period.

Skeptics believe that this is the proof of Tether not being back with dollars in a 1:1 ratio as this happened directly following the period of high volatility in the price of USDT and a failure to maintain the dollar peg.

Many speculate that there was no redemption equivalent to that amount as the company doesn’t have to accept your redemption request.

From yesterday’s open at $6564 the price of Bitcoin has fallen to $6500 and even spiked further down but the candle closed leaving a wick. Since today’s low the price has recovered slightly and is currently showing signs of weakness around $6549 is indicated by the wick from the upside.

On the hourly chart, we can see that the correction ended on the Y wave and a breakout from the symmetrical triangle on the downside occurred. The price has been rejected by the 0.5 Fibonacci retracement level and the symmetrical triangle’s support line which was now retested for resistance. As this current structure can only be another three wave correction or an impulsive wave to the downside I would be expecting the price to go below the horizontal support level at $6516 which was punctured at the last low and was weakened.

The price might head up one more time to the 0.5 Fibo level for a proper interaction but the wick on the red candle indicates the top.

On the hourly chart, you can see that the price action has formed a cluster on the minor triangle support line and judging by the pressure a breakout from the downside looks like it’s about to happen any second now. This correction is inside a larger symmetrical triangle pattern so if the price goes down I would expect it to retest that triangle’s support line. If that triangle breaks as well the next significant level I see fit for the completion of the first impulse is the horizontal support at around $5.13.

EOS is in the sell zone as indicated by the hourly chart technical indicators.

From today’s open the price of Dash has been steadily hovering around $157.5 but that might be over soon as the time for a breakout is near. 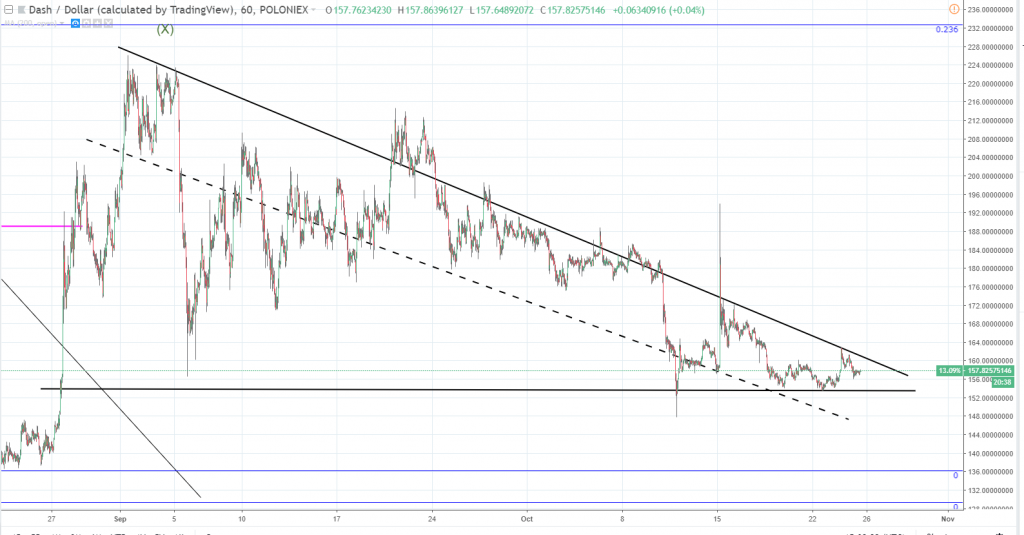 As you can see from the hourly chart the price action is near the breakout zone which is the apex from the descending channel structure and the horizontal support which was already interacted with and punctured at the first go. Currently, the price action is also forming a cluster like in the case of EOS as the volatile move is expected to occur in the upcoming period. As the probability likelihood implies the direction of a breakout is down, but we might see a bounce from the horizontal support one again before anything happens.

Dash is in the sell zone.