On yesterday’s open the evaluation of the cryptocurrency market cap was around $136.6B at the open. It has been increasing steadily throughout most of the day and reached $137.370B at today’s open. It continued to increase a bit further and came to $138,556B at its highest point today, from where it started plummeting down aggressively to $127.446B at its lowest point. 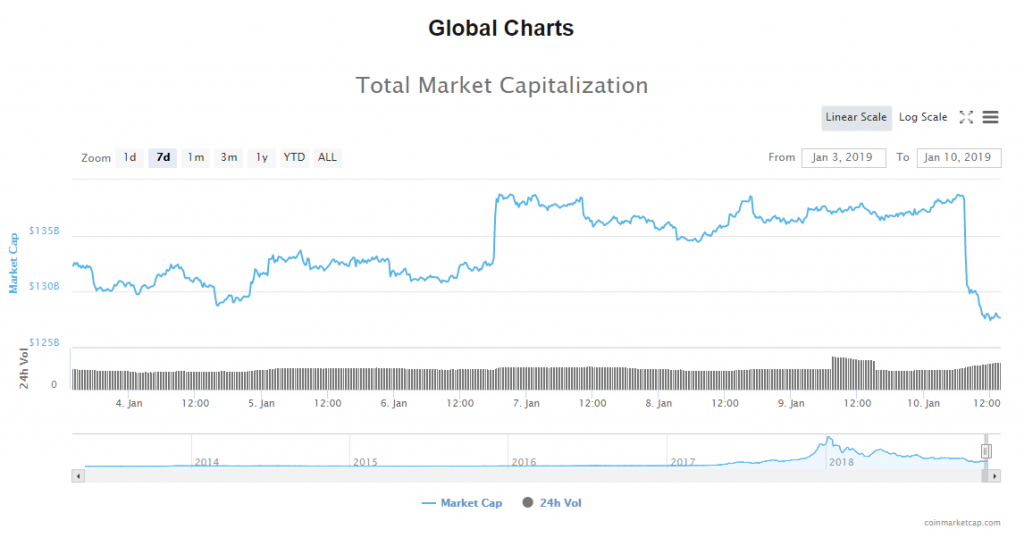 Bitcoin’s market dominance has increased from yesterday and is currently at 52.30%. 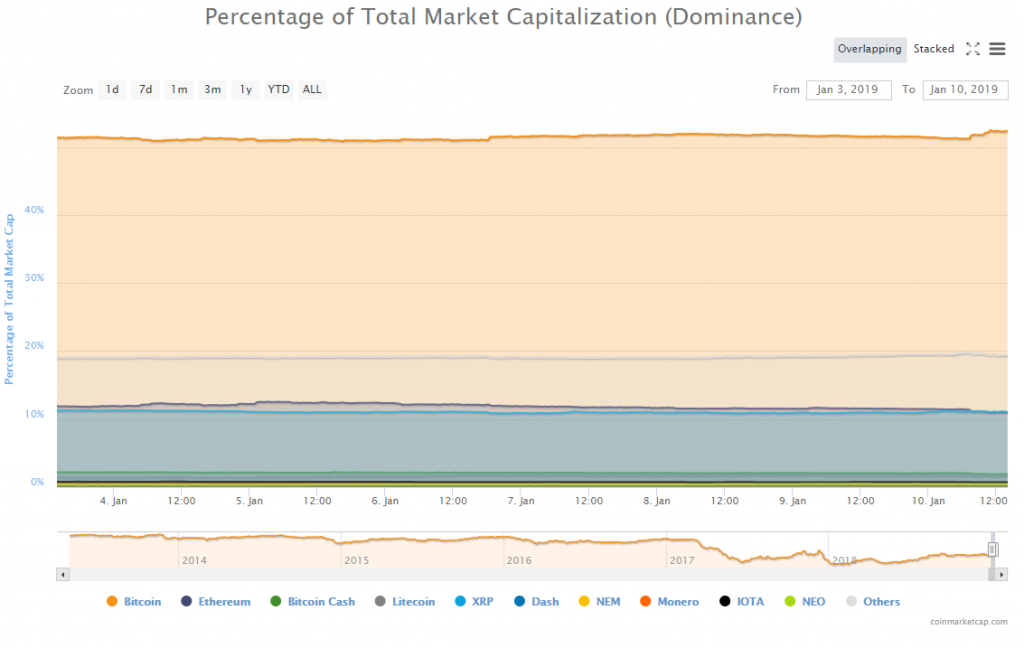 From today’s open at when the price of Bitcoin was at $$4109 the cryptocurrency has fallen to $3874 where it is now, which is a 5.64% drop. The current red candle indicated strong selling pressure as the majority of the decrease happened in only one hour.

Looking at the hourly chart you can see that the price has broken out from the ascending channel in which it was correcting as the Minuette WXY correction ended. The correction could be a WXYXZ in which case this decrease would be the second wave X but since a breakout happened I don’t believe its likely considering that the current move looks impulsive I believe its the start of the Minute Y wave to the downside.

Projecting the W wave length from the X wave the target area appears to be around $3580.

From yesterday’s open at $40.1 the price of Litecoin has decreased to $35 area where it is currently which is 13.89% drop. The price fell quickly as in the case of Bitcoin which is to show strong market correlation.

Looking at the hourly chart you can see that the price of Litecoin has fallen to the current uptrend support line and has fallen below it but quickly came back above it indicating that some support is there. Would that support be strong enough to hold the sell-off momentum we are yet to see, but I believe that we are going to see some temporary support at least for now as the RSI is at 23% and even went further down to 15.6%, so recovery is most likely.

But as the current structure look corrective in nature and I have labeled it as the Minute WXY we are likely seeing the start of the start of the impulsive move as a trend continuation to the downside. This, however, might be the second X wave as the correction gets prolonged by two more waves but in either case, that would lead the price potentially to the levels slightly above the previous high on the Z wave before continuing its decline.

Litecoin is in the sell zone.

From yesterday’s open at $2.96 the price of EOS has fallen to $2.595 area which is a decrease of 11.77%. Like in the case of Bitcoin and Litecoin the majority of the decrease was made in just a few hours which shows strong sellers presence.

The hourly chart looks bearish with more downside to be expected as the current decrease is most likely the start of the Y wave from a Minuette WXY correction. The price action has created a symmetrical triangle area, so a further decrease to its support line at least is to be expected after which a breakout to the downside will occur. The price has interacted with the 0.236 Fibonacci level and came up a bit leaving a wick on the hourly chart which indicates that the buyers have been able to hold the price above it for now.

As the RSI is below its lower border of 30% and a major decrease has been made we are now likely going to see some consolidation or recovery after which another move to the downside will occur.

EOS is in the sell zone.

Looking at the global chart as well as the coins that were covered I believe that another sell-off has started. This isn’t going to be resulting in a lower lows for the price of Bitcoin compared to the lowest so far in this bear market which is around $3240, but instead, I believe it is a minor retracement after which more upside is to be expected. But ultimately since this upside movement is corrective in nature we are going to see a trend continuation and new lows for the cryptocurrency market.