From yesterday’s open at $114,375,000,000 the evaluation of the cryptocurrency market capitalization has decreased by around 4 billion dollars in less than 24 hours.

Looking at the global chart we can see that the evaluation has formed an ascending channel in which it is consolidating from the last Friday’s low. Currently, the evaluation is on the channels lower levels so an increase from here would be expected. 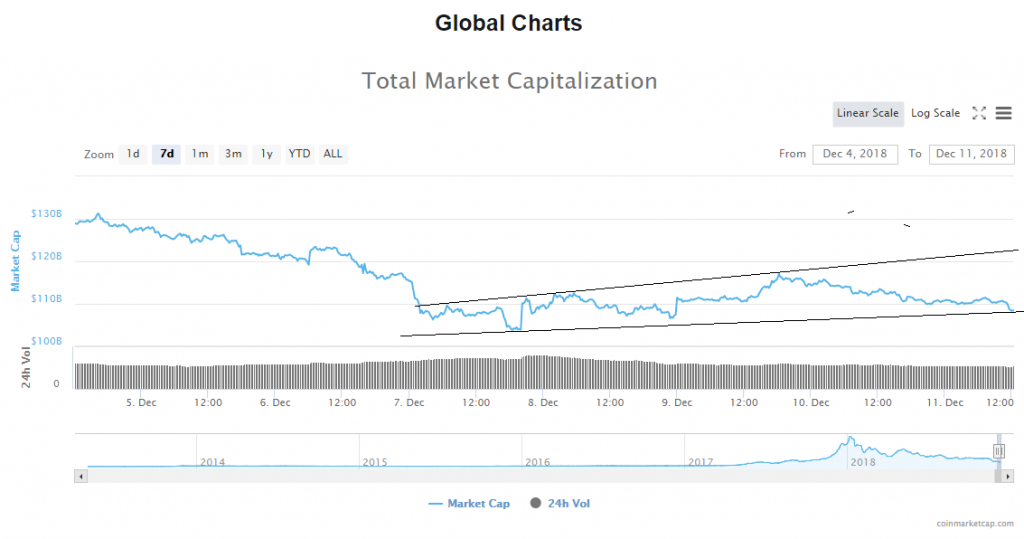 Today the market is in red with an average percentage of change among top 100 coins ranging around 4%.

Bitcoin’s market dominance is around the same levels as yesterday which is around 55% but with a small increase of 0.1%. 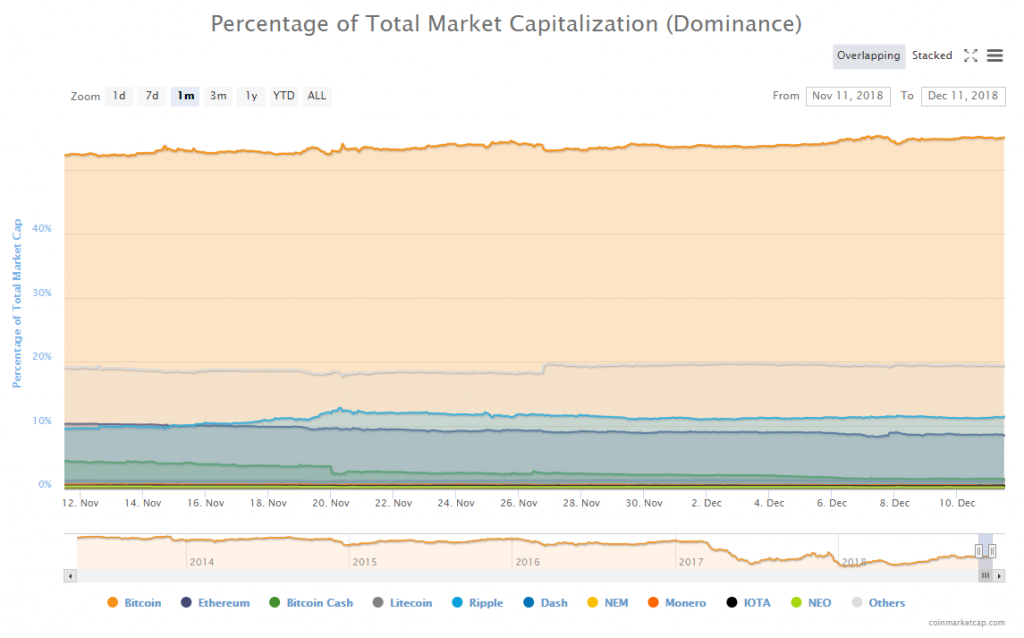 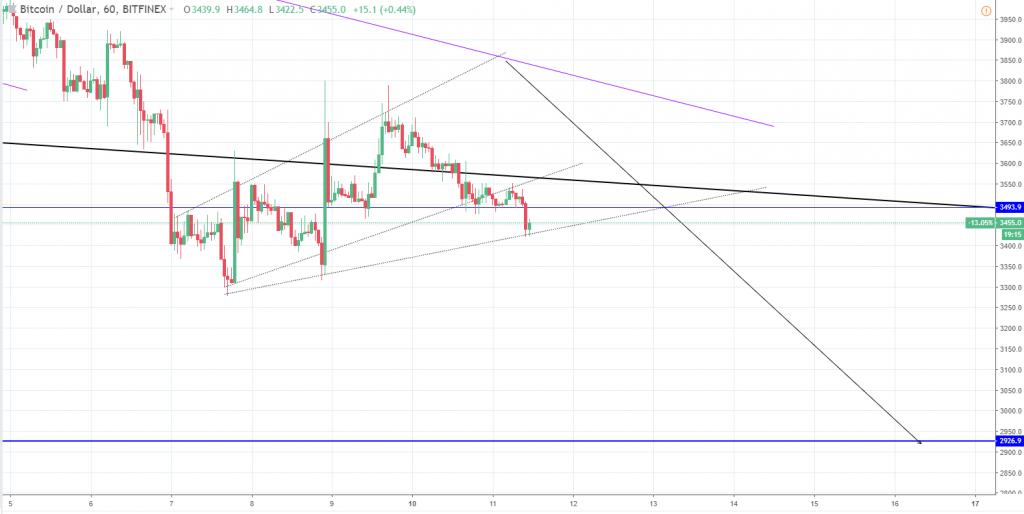 Looking at the hourly chart you can see that the price has broken the first support line from the descending channel and is currently interacting with the second one where it is looking for support. If the support gets established and judging by the current green candle and the wicks from the downside it looks like it will, the price is likely going up to the previous support line which would be retested for resistance before a further decrease.

Since the price went above the bold black line which was the downtrends support line 2, the price got rejected fast and is again below it indicating a further decrease, so even if the price goes up from here, I wouldn’t expecting it to go past the last ascending channel’s resistance line.

As you can see from the hourly chart the price action has created an ascending channel in which it was since last Friday and today we are seeing a breakout to the downside. Since the price is in a downward trajectory we are now likely going to see a search for support and a minor retracement back to the upside before a trend continuation.

The price peaked at $2.115 which was the previous support so this could be interpreted as a retest of resistance before more downside, so if the price goes higher from here I wouldn’t expecting it to go beyond that level. It will most likely be going to be rejected at the horizontal levels below it at $1.98.

If the price continues its downward trajectory from here and there is no increase than I would be expecting it to retest the prior low level at $1.61

Looking at the hourly chart you can see that the price broke out from the ascending channel in which it was consolidating from the Friday’s low and has also broken the horizontal level at $44.59. We can definitely say that the level is broken since the price did hover around it for some time before going down with a strong red candle.

Currently, the price looks like it found some support on the prior low levels but judging by the wicks from both side, selling pressure is still very much present.

The buyers could hold the price here for a bit more but I would be expecting a breakout from the downside, in which case the next target would be at the next horizontal support level at $39.26.

Since the charts are showing signs of a breakout from the downside we can say that its is the situation on the global chart as well. From here more downside would be expected for the prices of the major cryptocurrencies and further decrease of the markets evaluation.