From yesterday’s high at $142,548,000,000 the evaluation of the cryptocurrency market capitalization has decreased by around $8 billion dollars to its lowest point today.

Looking at the global chart you can see that the evaluation is on the same levels from which the previous drop was made which means that prior support now serves as resistance. Since the evaluation is putting pressure on the resistance level I would be expecting a breakout soon, but a pullback that will draw in more buyers so the momentum could push the price higher is another possibility. 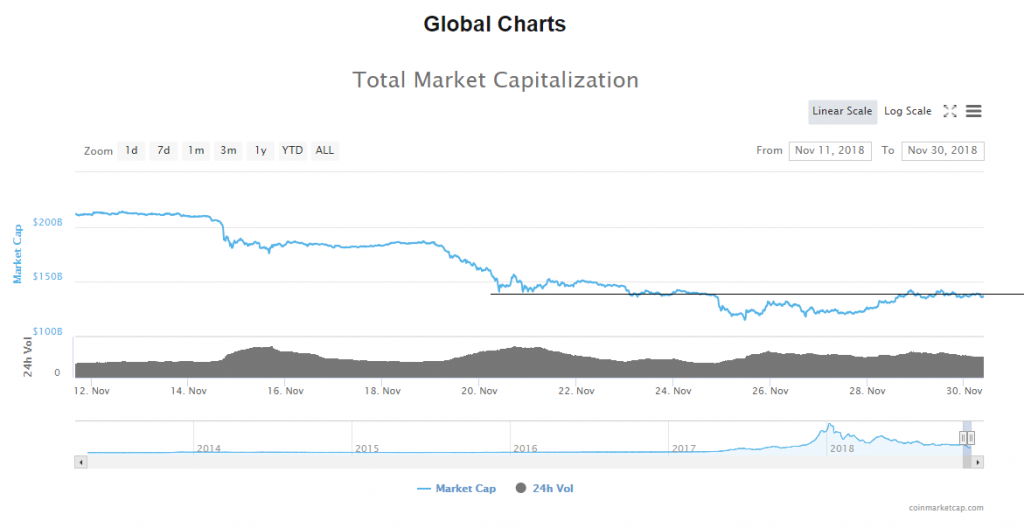 The market is mixed in color today with an average percentage of change among top 100 coins ranging around 2-3%. The biggest gainer today is Theta Token with a staggering increased of 131.15%., while SIRIN LABS Token is the biggest loser with a decrease of 26.75%.

Bitcoin’s market dominance has stayed around the same levels around 54% at first increasing from 53.4% on yesterday’s open until reaching 54.06% at its highest point and from there till now was steadily dropping to the current levels of 53.8%. 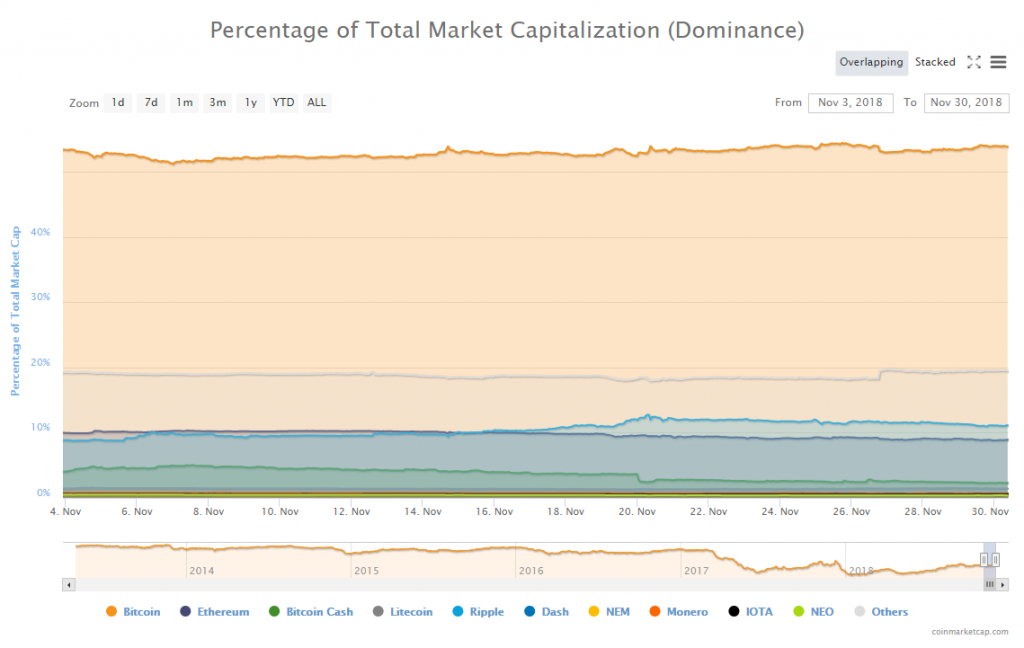 From yesterday’s open at $4306 the price of Bitcoin has been going up and down in about 2% as the market consolidates after some increase has been made in the last couple of days. The cryptocurrency is currently being traded at $4231.6 which is 1.91% lower measured from yesterday’s opening. 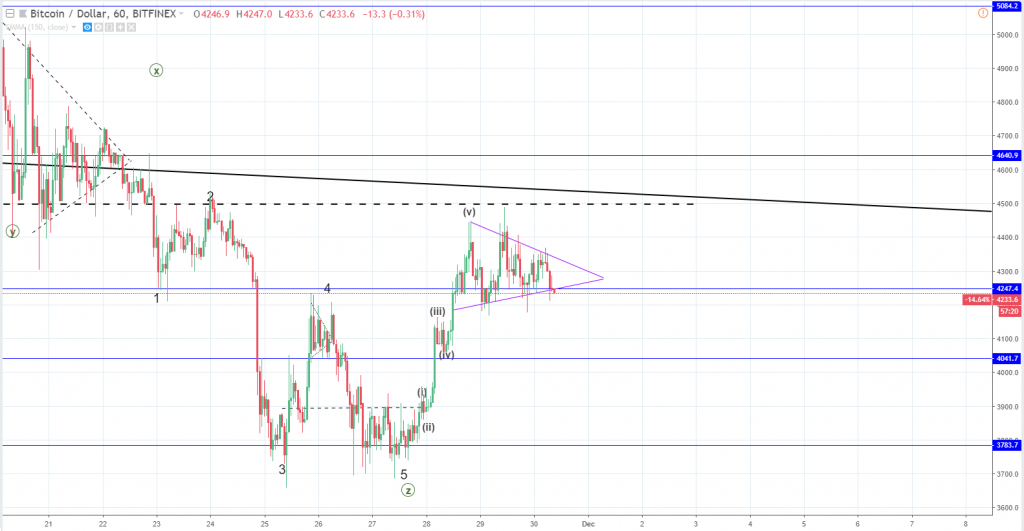 Looking at the hourly chart you can see that the price action has formed a symmetrical triangle after the 12345 moves to the upside which indicates that consolidation is taking place as buyers and sellers are getting closer. The price interacted with the most significant horizontal resistance level which was the prior support at around $4500 and some strong resistance was indicated by the wick that was left behind the interaction.

The price is still above the horizontal support at $4247 which is a bullish sign but the level may be broken soon as a result of a breakout from the triangle. As this is a symmetrical triangle the possibility of a breakout is equal from both sides buy currently sellers are looking like in control.

From yesterday’s open at $309 the price of Bitcoin Cash has been hovering around the level like a median value from the range of about 2.87%. Currently, the price is at $302.6 which is 1.96% decrease overall. 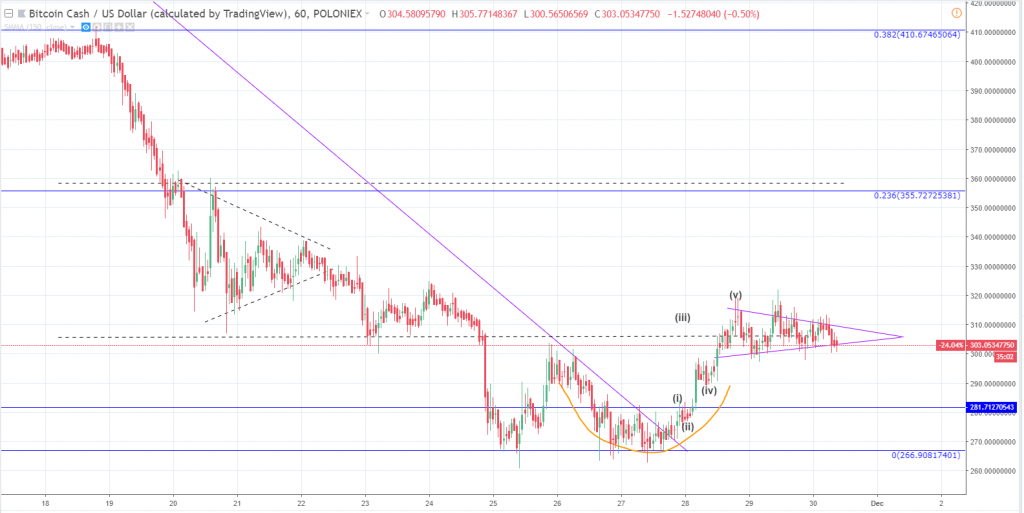 On the hourly chart, you can see that the price action is stuck in a range which has the form of a symmetrical triangle much like in the case of Bitcoin. As you can see the range was created around the horizontal resistance level at $306 from which the price is currently lower as its sitting on the triangle’s support line.

We are going to see what happens now but the structure looks bearish since the price is putting pressure on the support levels. If the price breaks from the downside I would expect it to stop at between $289 or the next horizontal support at $281.7.

Bitcoin Cash is in the sell zone.

From yesterday’s open at $0.16261429 the price of Stellar has decreased at first but has been increasing since and is currently 2.56% higher then it was on yesterday’s open as the crypto is being traded at $0.166371.

If we see a breakout from the downside than the price is likely heading down to the same levels from which the increase was made or slightly higher at around $0.147.

Stellar Lumen is in the buy zone as indicated by the hourly chart technicals.