From yesterday’s high at $167B the evaluation of the cryptocurrency market cap has decreased by around 21.5 billion dollars in less than 12 hours.

This aggressive dump has been seen as a result of panic selling caused by the yesterday’s breakout from the $5600 which many interpreted as “the bottom”. Since the price went below what many thought to be the bottom as it was the lowest the price has been in this bear market, a panic selling was triggered. 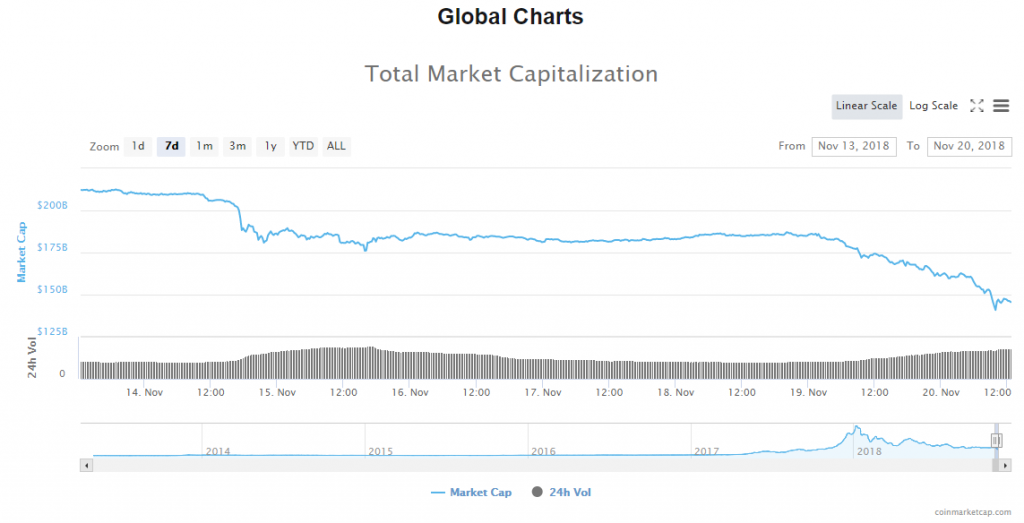 Bitcoin’s market dominance has managed to stay around the same levels as the prices of all cryptocurrencies are falling down equally. 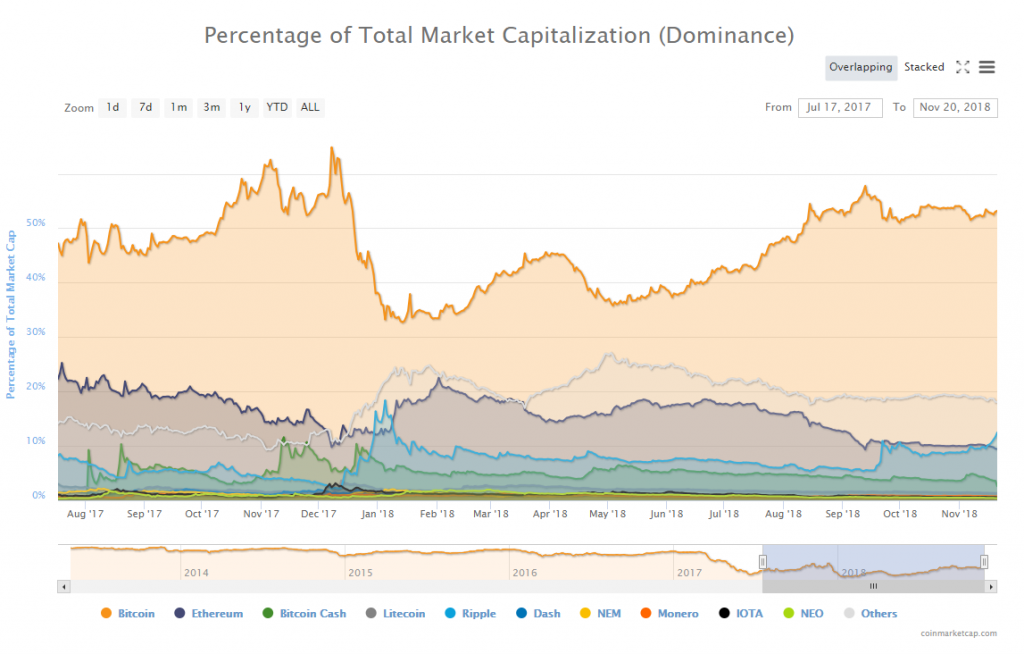 As you can see the price has indeed interacted with the intersection of the horizontal significant level and the descending structure’s support baseline, but currently we are seeing that the price has managed to go below it. We’ll see if this area serves as the support but considering that the price has fallen by around 30% in the last week I believe that we are going to see a recovery very soon and that these current candles are going to be a wick on the daily chart.

On the below 4-hour chart you can see the historical data from which I have seen the significance behind the $4700 area.

The $4700 level is the upper resistance line which is why I have projected the interaction with it but it isn’t necessarily the resistance now serving as support. Considering the momentum behind the sell-off we might see the price of Bitcoin quickly dip to $4000 leaving a V shape bottom indicating some short-term trend reversal, but who knows, the price might just go through this area like a hot knife through a butter as there isn’t any strong support below $4000. So if the price manages to break the $4000, then the next horizontal support level I see strong enough to hold the momentum is at $3000 area.

Zooming out to the daily chart you can see that today’s candle is already looking like I believe it will on the close – there is a wick to around $4300 but the candle is above the intersection area.

As you can see the RSI is at its all-time low as its currently around 10.66% indicating extreme oversold conditions. Last time the RSI was at its lowest at around 17% was on August 18th of 2015 when the price of Bitcoin fell to $169 after the long correction of 2014 ended. 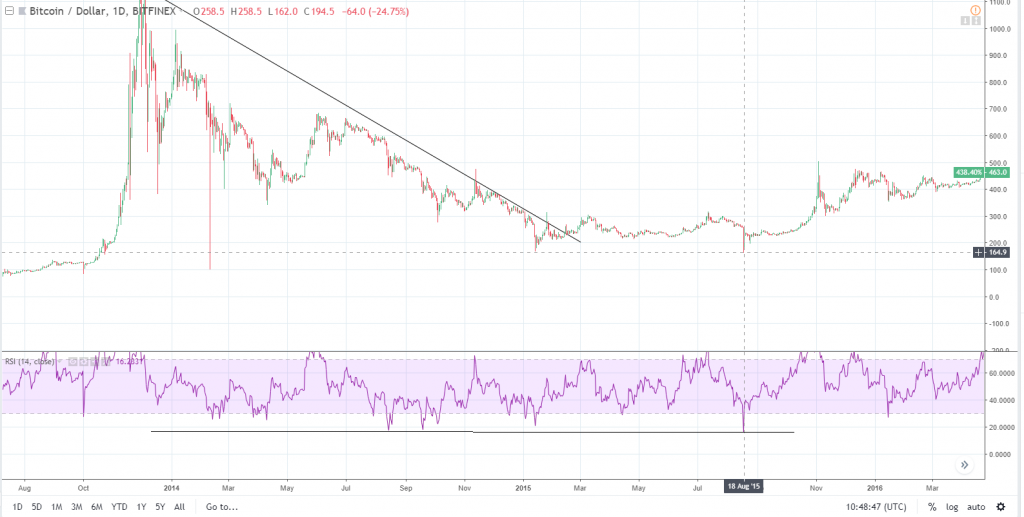 Relative Straight Index indicates that the price is very weak as it fell quickly and aggressively over the course of the last week and it points out that the price has been drained out for far too long. Taking into account my Elliot Wave projection with the fact that the RSI is at its lowest and the fact that the price is currently looking for support I believe that we are going to see a recovery, potentially all the way up to $6000 before another sell-off as I don’t believe that this is the bottom of the bear market.