Looking at the global chart you can see that the evaluation has broken out from the previous downtrends resistance, and has now pulled back slightly in order to retest the previous resistance level for support 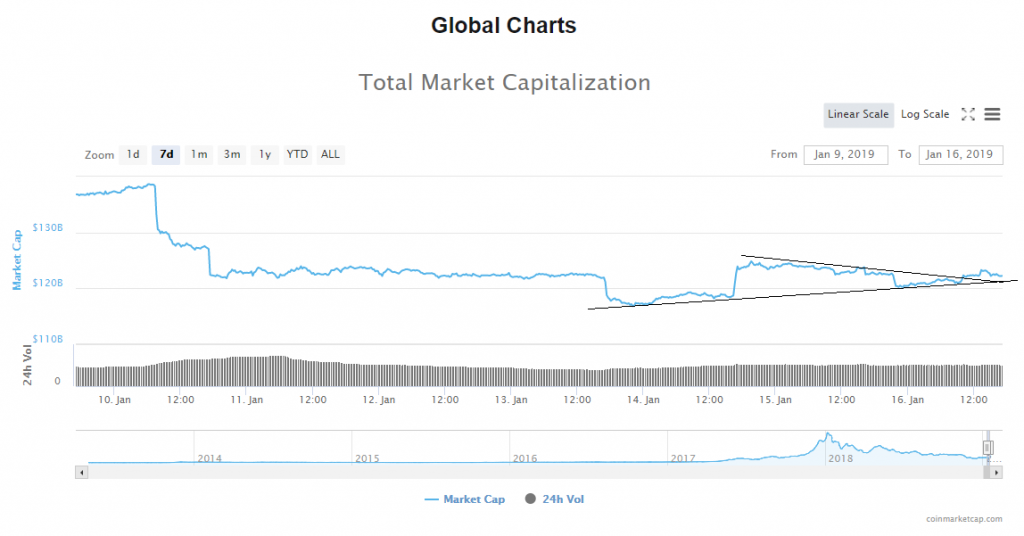 Bitcoin’s market dominance has been hovering around the same levels following the evaluation of the cryptocurrency market cap’s range but has been mostly decreasing slightly since it came from 52.62% at its highest point today to 52.25% at its lowest and is currently around 52.41%. 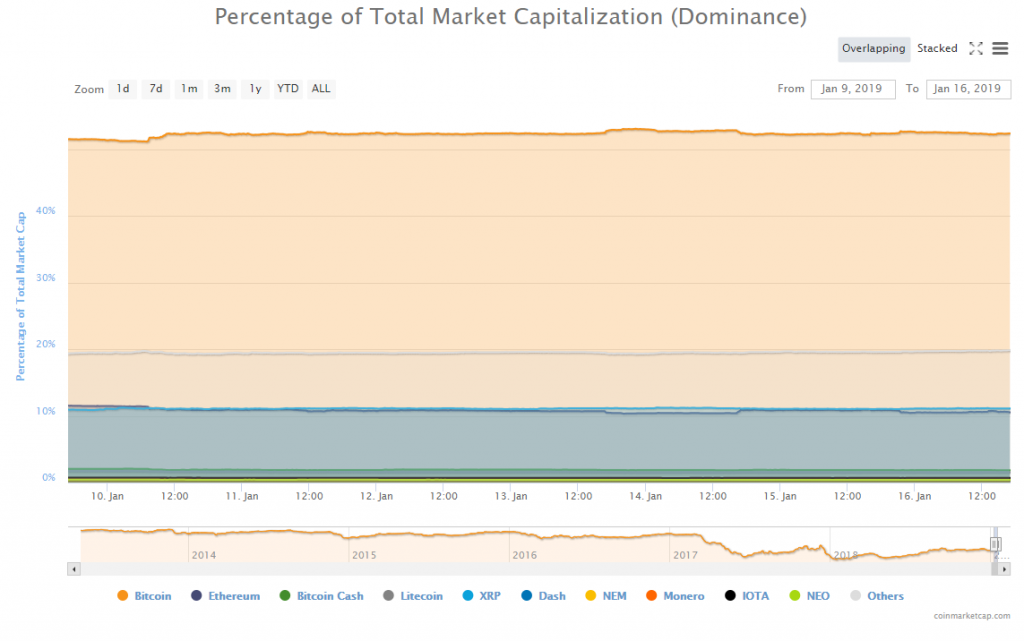 Consequently, the market is showing a mixed color with an average percentage of change in the last 24 hours among top 100 coins ranging from 0.6%-4%. Both biggest losers and biggest gainers are in double digits. The biggest losers are:  Dentacoin with a decrease of over 22% and Chainlink with a decrease of over 10%. Out of those who are in green the biggest gainers are Zilliqa with an increase of 11.7%, Augur with 21.73%, Stratis 18%.

From yesterday’s open at $3761 the price of Bitcoin fell at first to $3640 close to the end of the day, from where it started trending upwards again and was $3654 at today’s open from where the price increased further and came up to $3720 and even spiking up further, but as encountered strong resistance it was rejected instantly and has been in a downward trajectory since, searching for support.

On the hourly chart, you can see that the price fell below the 0.382 Fibonacci level yesterday, but has managed to come up above it, although not as fast as it fell down as has already started struggling to keep up the upward momentum which is the first sign of weakness. Since today’s high the price retraced back to the 0.382 Fibonacci level and has interacted with it once again in a lookout for support, and judging by the wick from the upside, the buyers are willing to support the price.

Would they push the price higher or would this sellers pressure be strong enough? Since the price fell further down than I was expecting it, it only confirmed my Elliott Wave count as it found support on the ending point of the 1st wave. The 5th wave has started and it could, in theory, push the price further up to the 0.618 Fibonacci level, but judging by the current price action I don’t believe that it’s going past the 0.5 Fibonacci level since it served as strong resistance and the previous strong momentum to the upside indicated by the large green candle wasn’t enough to break it, so I don’t believe that this minor one would.

After the rejection, I would be expecting further downside for the price of Bitcoin potentially below the 0.236 Fibonacci level, as this Minuette upward impulse move was most likely a correction to the upside from this last downtrend, so I could be considered as the second wave X. This means that the final wave Z is to be expected so, for this reason, I believe that the price is heading further down after this Minuette increase has ended.

The cryptocurrency market has been in a sideways correction for quite some time now, and as the correction looks like it’s going to end soon, we are definitely going to see some further recovery for the prices but that can’t happen unless the impulsive buying activated and it will most likely activate on a lower price level than the current one.