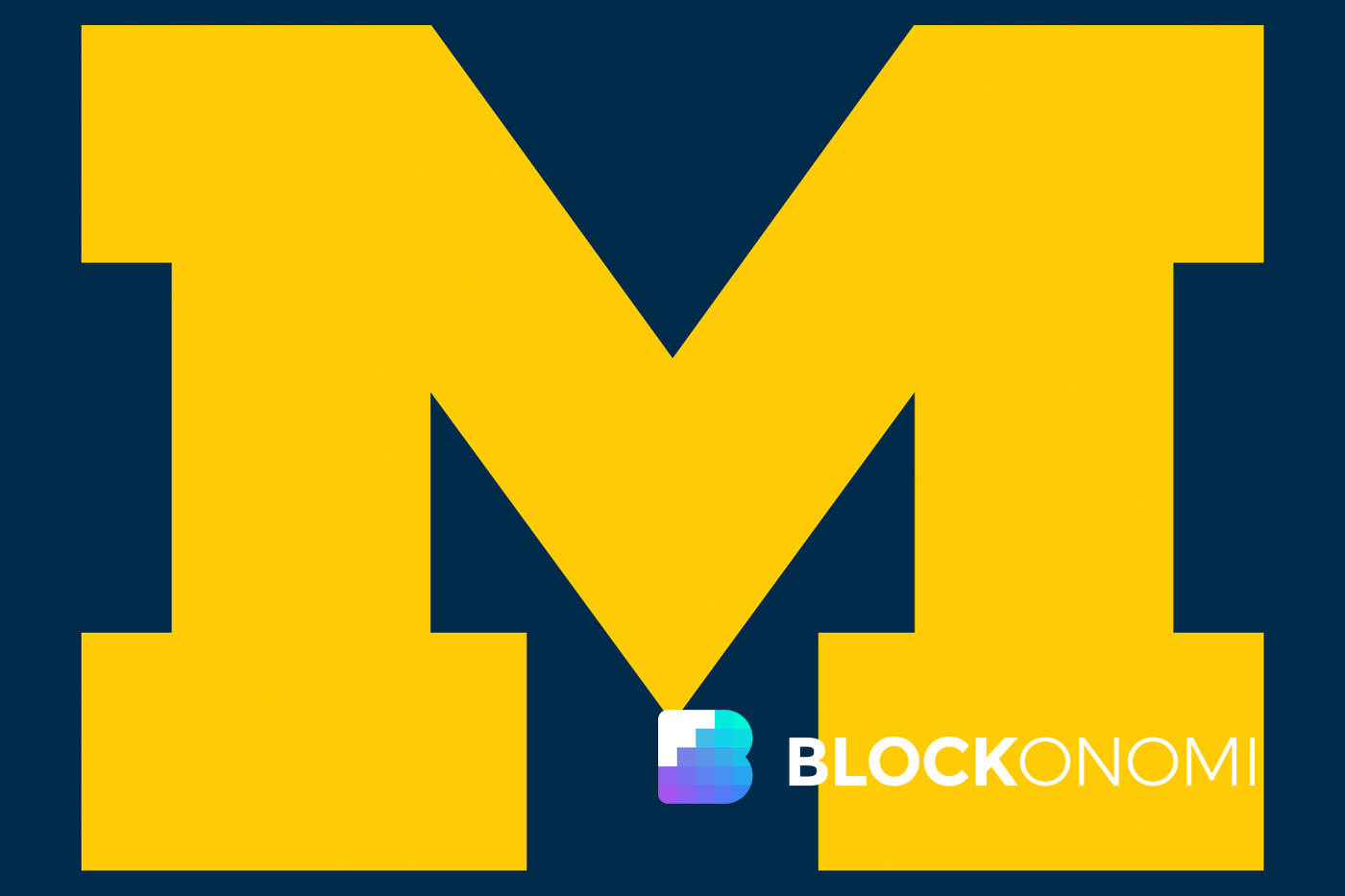 Mike Novogratz, the chief executive of blockchain startup Galaxy Digital, recently remarked that institutions are “slow to move” when it comes to crypto assets. Yet, this doesn’t seem to be the case. According to an exclusive report from Bloomberg, the University of Michigan’s $12 billion endowment intends to siphon more of its funds into crypto-centric funds in the near future, in spite of the dramatic slump in the Bitcoin price.

Citing an agenda for a February 21st Board of Regents meeting for the endowment, Bloomberg claimed that the institution has its eyes on a “cryptonetwork technology” (they likely mean blockchain technology) fund managed by the world-renowned Andreessen Horowitz. More specifically “CNK Fund I,” as the vehicle in question has been dubbed by the Menlo Park, California-based venture group that backs it, is currently in the University of Michigan’s scopes.

According to Kevin Hegarty, the chief financial officer at the state-run educational institution, CNK invests in “cryptonetwork technology companies across the spectrum of seed, venture and growth stage opportunities.” It wasn’t made clear whether CNK makes allocations to physical crypto assets, like Bitcoin and Ethereum, or not.

The endowment, which allocated $3 million to CNK in an earlier round during June of last year, intends to divert more of its liquid funds to the product. Interestingly though, the endowment managers failed to specify an exact amount for its impending deposit at the crypto-friendly Andreessen Horowitz, thus making it logical to assume that the upcoming meeting will see discussion on the matter of the investment’s details.

What Other Endowments Are Indulging In Crypto?

While this news is notable in and of itself, this is far from the tip of the iceberg when it comes to the relationship between endowments, pensions & crypto assets/blockchain.

In October of 2018, the broader Bitcoin space was shocked, when it was revealed that investing legend David Swensen led Yale University’s endowment of $29.4 billion to invest into crypto venture funds. Like the recent news with the University of Michigan, Yale’s in-house investment group allocated capital towards vehicles backed by Andreessen Horowitz. Yet, the Swensen-led team also made an allocation into Paradigm, a newfangled fund founded by Coinbase co-founder Fred Ehrsam and a long-time, well-respected venture capitalist.

Days later, The Information surprisingly divulged that according to its sources, the endowments of Harvard University, Standford University, the Massachusetts Institute of Technology, among other notable American educational facilitates had also made investments into cryptocurrency-specific funds.

This news comes after a Boston-based financial advisor called on institutions, especially pensions and endowments, to down the crypto red pill. Per previous reports from Blockonomi, Cambridge Associates, an entity that is in close contact with pensions, endowments, and other funds that are valued at over $300 billion apiece, told its clients that “it is worthwhile for investors” to start looking into securing long-term bets on crypto and blockchain. Cambridge did acknowledge that such investments “entail a high degree of risk,” but made it clear that these innovations have the potential to “upend the digital world,” likely touching on the asymmetric value that many commentators argue Bitcoin poses.

The analysts added that for those prepping to take the plunge, a “considerable amount of time” should be allocated to learn the nuances of this space, from learning about investment mediums to garnering knowledge about how this game-changing technology really works.

In closing, they did their best to calm wary prospective investors, who may have been turned off by 2018’s downturn, by writing:

“The dramatic declines that swept across the crypto space raised questions about the future of these assets and the blockchain technology that underpins them. Yet, in looking across the investment landscape, we see an industry that is developing, not faltering.”