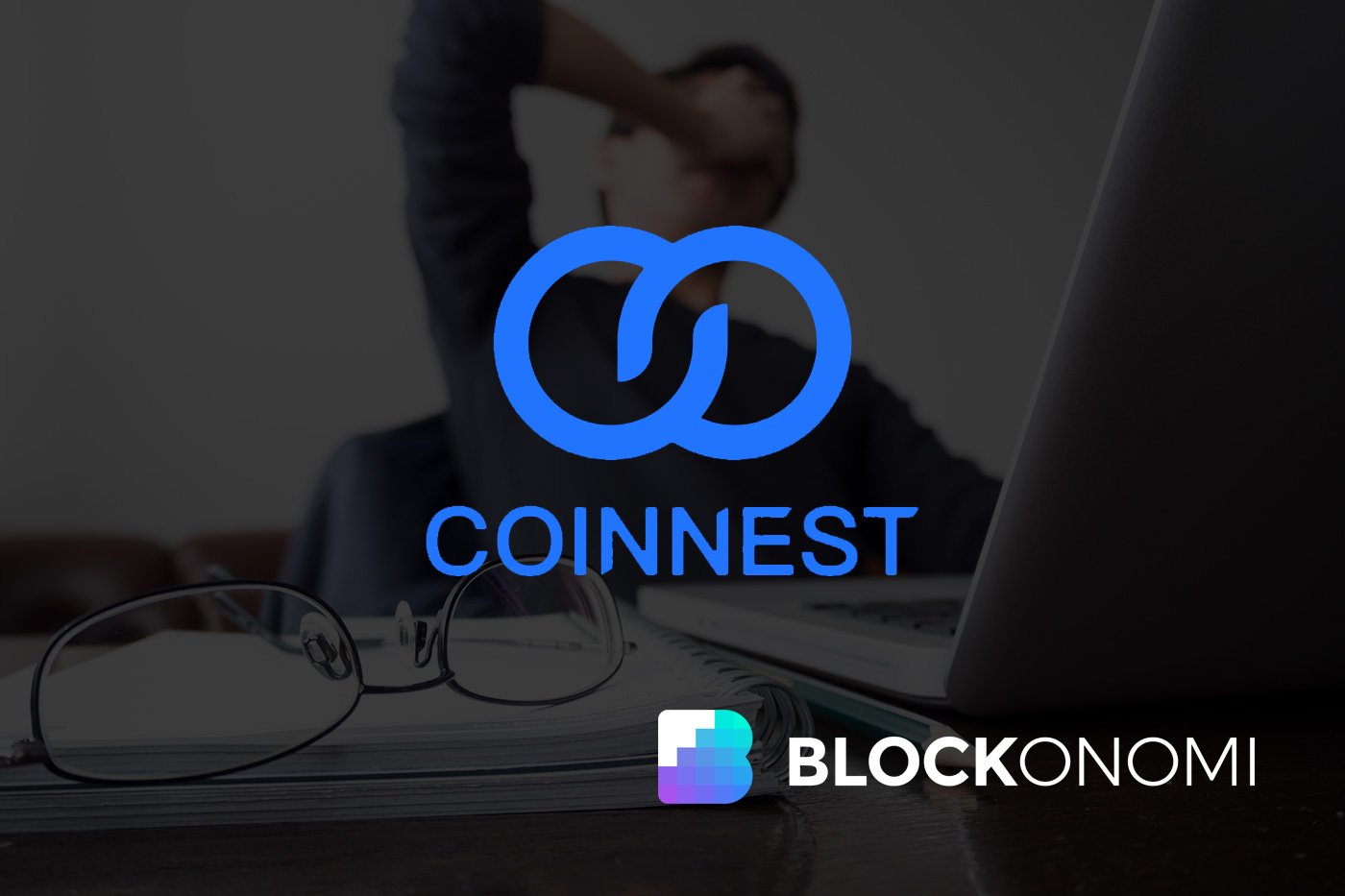 According to a report made by CoinDesk Korea, an internal server error that occurred on January 18 caused Coinnest, a crypto exchange platform based in South Korea, to lose millions of dollars in cryptocurrencies. Coinnest said it accidentally sent 6 billion (about $5.3 million) worth of Bitcoin (BTC) to the account of some of its traders.

As it turns out, the exchange was looking to airdrop We Game Tokens (WGT), but a mix-up occurred on their servers and wiring, and in a catastrophic blunder, the company ended up airdropping Bitcoin instead.

Remedy Efforts and an Appeal from Coinnest

In the midst of it all, Coinnest stated that it also sent some Korean won to some of its clients. However, it has been working on ways to remedy the situation and recover the lost funds by rolling back its servers. Some account holders decide to cash in, the moment they saw the free Bitcoin tokens that miraculously appeared in their accounts.

This overhaul resulted in a flash crash, with the exchange’s taking price for Bitcoin going as low as $50. In a bid to recover its funds, the exchange is now sending a plea to its customers—especially those who haven’t touched the funds they received—to return the funds.
The server issues were eventually fixed a day later, with about half the tokens returned.

The server error that caused this unforced transfer affected some Coinnest traders as well. This, in addition to the overloading of the server with withdrawal requests from traders who had “miraculously” received Bitcoin tokens, shut the company’s servers down for hours.
This downtime caused clients to incur trading losses, but the exchange says it doesn’t have any plan to reimburse affected traders for their losses, but this issue might be far from over.

“There are currently no plans to compensate members for transactions caused by computer errors. There are members claiming to have lost opportunity costs due to a 9-hour server check. It is difficult to compensate the damage as realistic as it seems,”

Coinnest explained in a statement to CoinDesk Korea.

This isn’t the first time that the South Korea-based crypto exchange is embroiled in blunder-related scandal. Back in 2018, the exchange was caught in a scandal involving Kim Ik-hwan, its former Chief Executive Officer.The scandal at the time was a first for the cryptocurrency sector in South Korea for a local crypto business to have its employee detained by authorities.

Kim, along with three other Korean cryptocurrency executives who weren’t named, reportedly embezzled billions of Korean wons from the exchange’s clients’ accounts and transferred them into his.

As a result of his actions, he was promptly removed by the Coinnest Board of Directors, while the exchange made a public apology to its customers or any consequences that they might have suffered from the issue.

Local authorities subsequently arrested Kim but the case has remained pretty silent since then.

The financial regulator also filed fraud charges against the executives of Seoul based cryptocurrency exchange Upbit. According to the Financial Services Commission of South Korea, the executives had manipulated the trading volume figures by using falsified orders in a bid to attract investors to the exchange.

The Commission had also claimed that underperforming digital assets listed on the platform were also targeted to create an impression that they were popular with traders, where in actual fact, they were not.