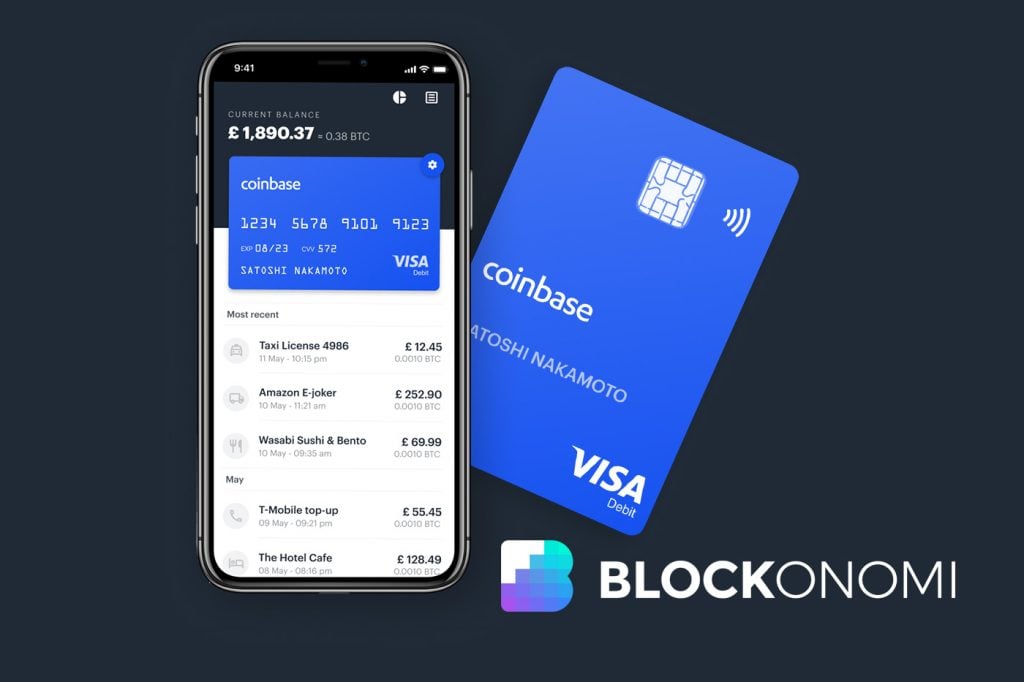 This spring, Coinbase rolled out a cryptocurrency debit card in the United Kingdom, a move that proved quite popular among its U.K. users and set the stage for future expansions.

Now, the U.S. cryptocurrency exchange power is indeed consolidating that momentum in advancing its Visa debit card service into a spate of new European countries — namely France, Germany, Ireland, Italy, the Netherlands, and Spain for now, all some of the continent’s largest economies and biggest cryptocurrency hubs.

Much has been said about cryptocurrencies not being readily spendable yet beyond the fledgling cryptoeconomy, so the Coinbase Card program is a step in the opposite direction — it makes paying for everyday expenses with one’s Coinbase cryptocurrency holdings easy and familiar, i.e. indistinguishable from using a bank account-linked debit card with PIN and ATM functionalities.

To receive the card, prospective users in the newly approved nations need to request one on Coinbase’s mobile app and then enter a waitlist. As the exchange explained in their announcement:

“After the waitlist closes, your crypto balance held on Coinbase will be immediately available to use through the in-app virtual card, and a contactless Coinbase Card will be sent in the post.”

With seven countries now allowed to participate, the Coinbase Card service’s latest European advancements again set the stage for further expansion. On the news, Coinbase U.K. chief executive officer Zeeshan Feroz said the exchange’s leadership would “be looking at all of our key markets, including the U.S.,” going forward.

Neither are “preloaded” card programs, of course, but both rollouts are arguably general stabs in that direction. Ethereum co-creator Vitalik Buterin wrote last summer that preloaded cryptocurrency cards could help bring cryptocurrencies into the heart of mainstream society:

“I think there’s too much emphasis on BTC/ETH/whatever ETFs, and not enough emphasis on making it easier for people to buy $5 to $100 in cryptocurrency via cards at corner stores. The former is better for pumping price, but the latter is much better for actual adoption.”

With that said, Coinbase’s and Binance’s forays into the card arena suggests that such preloaded cards, which are already being worked on by firms like Tangem, will also see their popularity and prospects rise, at least while the cryptocurrency ecosystem is still so fledgling.

Never a Dull Moment in the Coinbase Roundup

As one of the space’s biggest exchanges, Coinbase has a way of staying in the headlines.

One day after adding EOS to its consumer platforms earlier this month, the exchange brought EOS aboard its educational arm Coinbase Earn, giving users the chance to earn up to $10 worth of the crypto.

The exchange followed that up days later by adding Dai to Coinbase Earn, its inaugural stablecoin addition. Coinbase had previously added Dai to Coinbase.com and its mobile apps in late May.

Moreover, it was revealed in May that Coinbase Custody, the exchange’s cold storage-based asset management division, had officially achieved the milestone of $1 billion worth of digital assets under management. In March, Coinbase Custody started offering support for staking services for the platform’s Tezos (XTZ) customers.

There’s recently been a period of transition at the company, as well. Last month, Coinbase’s president and chief operating officer Asiff Hirji stepped down from those positions just days after the firm’s chief technology officer Balaji Srinivasan also left the company. Coinbase’s vice president of business and data, Emilie Choi, has since taken over the reins as COO.

The exchange also made waves earlier in the year for listing Ripple’s XRP and Stellar lumens (XLM).