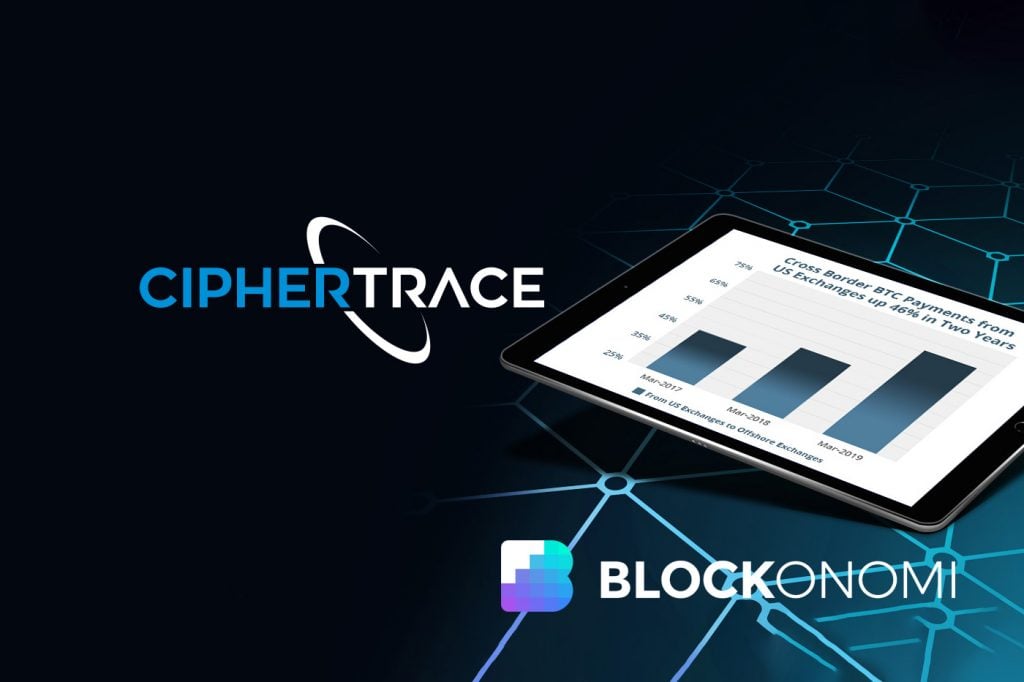 The Wild West days of the cryptoeconomy are over if the G20 group’s Financial Action Task Force (FATF) has anything to say about it.

However, according to blockchain investigator firm CipherTrace, it seems many of the world’s top crypto exchanges are still woefully unprepared to meet the greater demands of the FATF’s coming “Travel Rule.”

That’s per CipherTrace’s newly published “Q3 2019 Cryptocurrency Anti-Money Laundering (AML) Report,” which, among other things, laid out the results of the firm’s recent investigation into 120 popular cryptocurrency exchange’s Know Your Customer (KYC) protections.

CipherTrace found that 66 percent of those 120 exchanges employed “weak or porous” KYC practices. Additionally, the blockchain sleuths similarly found that 63 percent of exchanges that facilitate trading of privacy coins — cryptocurrencies that are designed to better anonymize their users — had subpar KYC controls.

The grand takeaway here? If many of these exchanges are already struggling with basic KYC, then they’re far from ready to comply with the FATF’s Travel Rule, which is set to come into effect in seven months.

Back in June, the FATF advised the G20, an influential intergovernmental economic forum made up of 19 major nations and the European Union, to implement the Travel Rule, which would enforce tighter reporting requirements in member states on all institutionally-facilitated crypto transactions worth more than $1,000 USD or €1,000 EUR.

And while some exchanges have already made strides to comply with the new rule, the clock is running out for others.

“Nonetheless, most crypto exchanges do not yet have a technical solution for complying with the FATF guidance,” CipherTrace said in their Q3 report.

When countries that ascribe to the FATF’s guidelines fail to meet the requirements of those guidelines, they open themselves up to an assortment of problems. Not only can the FATF blacklist such a country, but other nations can apply economic and political pressure to enforce compliance.

For the states involved then, the ball is in their court to pass domestic laws to ensure virtual asset service providers (VASPs) are compliant with the FATF’s Travel Rule. And these states are indeed influential: the FATF’s 37 member nations are currently responsible for approximately 80 percent of the world’s GDP.

As such, if cryptocurrency exchanges in these nations continue to be lackadaisical toward KYC and the Travel Rule, they will place a massive target on their backs for domestic regulators to come calling.

“This has left firms struggling to find a technical solution in time to avoid potentially severe penalties or blacklisting,” CipherTrace said.

For example, in their Q3 report CipherTrace highlighted the case of Kunal Kalra, who recently plead guilty in U.S. federal court to a series of criminal charges related operating a bitcoin ATM without proper KYC controls, including “operating an unlicensed money transmitting business, laundering of monetary instruments, and failure to maintain an effective AML program.”

That case is but one example in one country, but it goes to show that flagrant violators are low-hanging fruit for authorities. And as regulatory pressure on crypto is picking up around the globe, these fruit will increasingly be plucked.

“The threat of criminal and terrorist misuse of virtual assets is serious and urgent, and the FATF expects all countries to take prompt action to implement the FATF Recommendations in the context of virtual asset activities and service providers,” the FATF declared earlier this year.

For its part, U.S. crypto exchange Coinbase has taken a proactive approach on KYC compliance. This week, the “unicorn” company was awarded a patent for an automated KYC system that could “score” users per their activities.