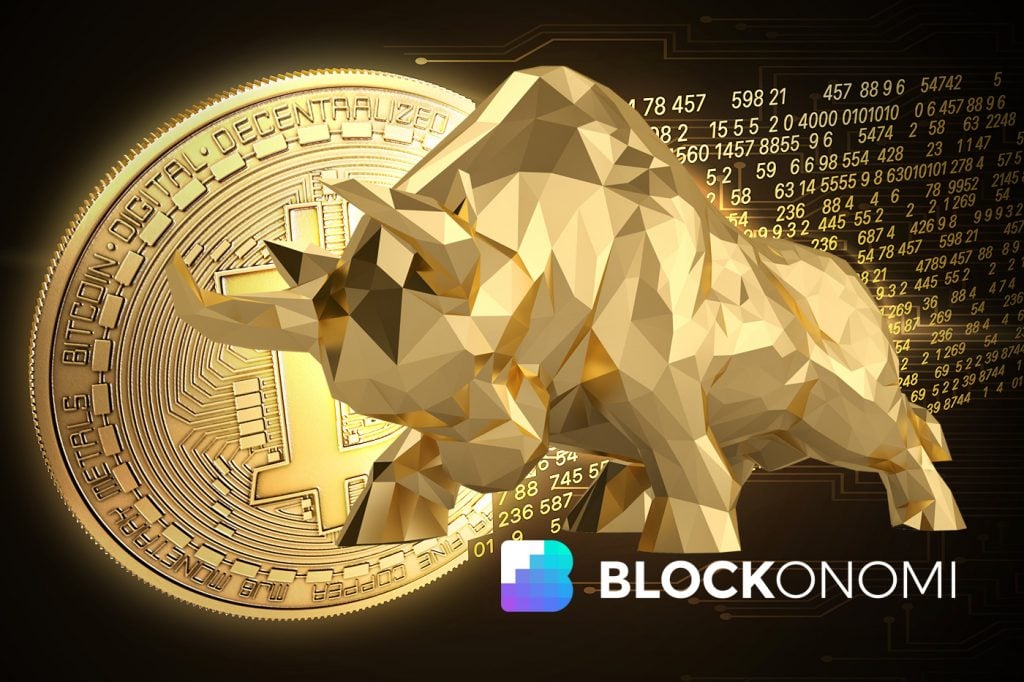 On May 3rd, the bitcoin price hit its all-time high valuation so far this year just shy of the $5,800 USD mark on Coinbase — another possible sign that the cryptoeconomy really is entering another bullish phase.

Accordingly, the bitcoin price was up more than four percent on the day, up 10 percent on the week, up 66 percent over the last three months, and up 1,166 over the last five years. The OG crypto peaked at approximately $20,000 in December 2017 and then experienced a prolonged bear market in 2018, meaning BTC is still down 41 percent on the year as such.

With the upward trend, the bitcoin market capitalization reached over $100 billion once more, while the wider cryptoeconomy market cap hit $177 billion. In kind, the bitcoin dominance rate is presently hovering over 55 percent.

The bitcoin price’s steady and sustained gains so far this year have lead to an acute surge of optimism and awareness in the space that has seemingly proven reflexive. In other words, the increasingly positive sentiments around bitcoin as of late have generated further buy pressure upon the genesis crypto.

In recent days the cryptoverse has been rocked by allegations that Bitfinex, one of the space’s biggest exchange’s and backers of the tether (USDT) stablecoin, has lost control $850 million worth of “comingled” company and client funds.

That charge came to light after the office of the New York Attorney General (NY AG) enjoined Bitfinex’s operators iFinex and tether issuers Tether Limited, ordering the two entities to preserve all pertinent documents and to stop using tether’s reserves to cover the $850 million loss.

Bitfinex has since pushed back against the thrust of the NY AG’s arguments, having declared they’re working to retrieve the seized funds from state actors.

In any case, if such a charge came forth last year during the worst of 2018’s bear market, then marked sell-offs across the cryptoeconomy would’ve been likely. The fact that the BTC price has just hit a high in 2019 suggests that the ecosystem’s bearish trends may have shifted into the next bullish market cycle.

For its part, Bitfinex apparently thinks the ecosystem is ripe enough for a major fundraising effort. The exchange is reportedly releasing an exchange coin, a la Binance’s Binance Coin (BNB), in order to help cover last year’s $850 million loss.

I was just offered an allocation in the @bitfinex IEO by a legitimate firm with a $20 million allocation. It is happening folks…

An iFinex statement has since confirmed that tether tokens are only 74 percent backed by cash reserves at the moment. Concerns over tether’s solvency have been a sticking point in the crypto space for years, so the fact that such a revelation hasn’t led to crypto markets spinning into an immediate downturn is notable.

Where the bitcoin price goes from here in the short term is anyone’s guess. But the top crypto’s recent momentum has started attracting mainstream interest again, whatever happens going forward.

The Institutional Trio to Keep an Eye On

Regarding bitcoin’s adoption prospects, some major threads to consider revolve around how the enterprise-minded platforms of Bakkt, Fidelity Digital Assets, and ErisX will fare.

Bakkt is still waiting for approval from the U.S Commodity Futures Trading Commission (CFTC) to launch its physically-settled bitcoin futures.

Fidelity Digital Assets has already started trialing its platform with select institutional customers, and ErisX launched its spot trading crypto derivatives platform this week. If these platforms become popular among large firms, then the cryptoeconomy can expect an associated boost.