Bitcoin Price Predictions: From Zero to a Million – What do the Experts Think? 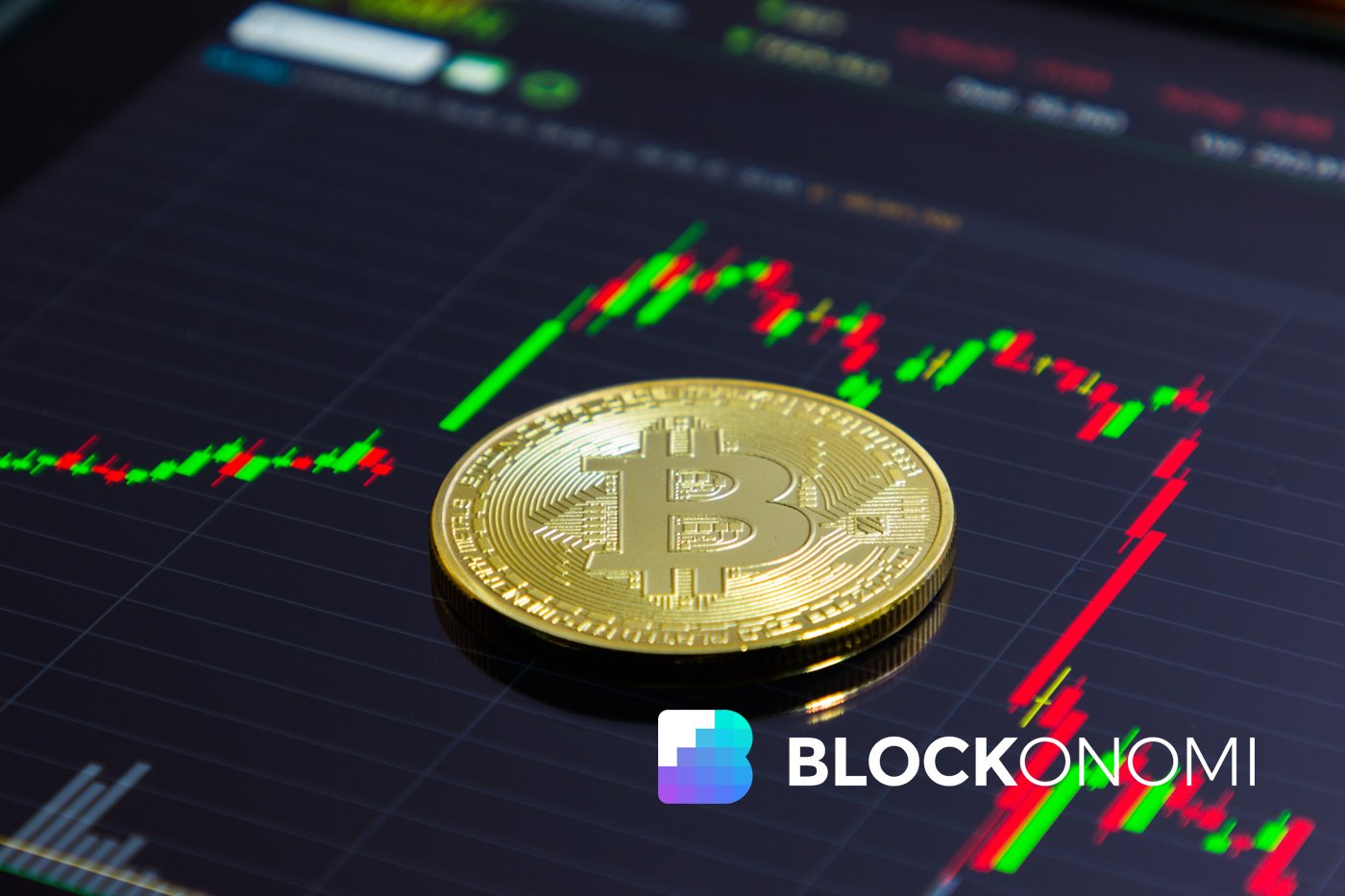 2018 was a wild year for cryptocurrency prices, exemplified by the meteoric rise in 2017 and subsequent crash of granddaddy Bitcoin. After cresting a high of more than $19,000 in December 2017, Bitcoin’s price tumbled down to just over $3000.

Since then, it vibrated at a relatively low range throughout 2018 while the market as a whole made several false starts.

Legions of predictions have been made over the course of the year regarding when – indeed, if – Bitcoin’s price will recover to all time highs.

The vast majority of those predictions have failed to yield fruit. Still, the new holy grail is guessing Bitcoin’s price in the short to medium term, and there is no shortage of opinions on that subject.

One theme is clear, from the relatively conservative opinions to the out-and-out fanciful ones – few predict that Bitcoin will lose value by the end of the year. That, in and of itself, is a fairly bold prediction given the crypto world’s legendary volatility.

We’re going to take a brief survey of the thoughts swirling around the cryptosphere regarding Bitcoin’s medium-term price, from the mild to the wild. We’re also going to try to put those predictions in context to give a more complete picture of what the market may look like come Dec. 31 and beyond.

For the sake of simplicity, we’re going to list the predictions from the lowest value to the highest.

If you want to see what the experts think of Ethereum’s Price, see their predictions here. 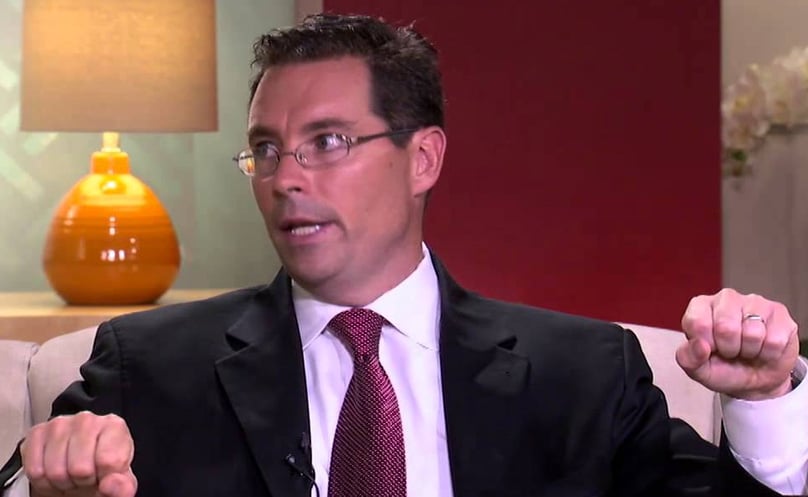 “As for Bitcoin the currency? I see a decent probability that its price goes to zero.” – Joe Davis.

The economist believes Bitcoin’s price to be a function of speculation only. Davis’ prediction carries a fair bit of weight, considering his position as head of Vanguard’s investment strategy group. Davis further says Bitcoin is a poor store of value, due to its volatility, and advises folks to invest in tried-and-true assets only.

This conservatism is hardly unusual in the traditional financial sector, although Goldman-Sachs and other big-ticket institutions have tacitly given their investment arms a freer hand to explore Bitcoin’s potential.

“As an asset class, you’re not producing anything and so you shouldn’t expect it to go up. It’s kind of a pure ‘greater fool theory’ type of investment… I agree I would short it if there was an easy way to do it.” – Bill Gates. 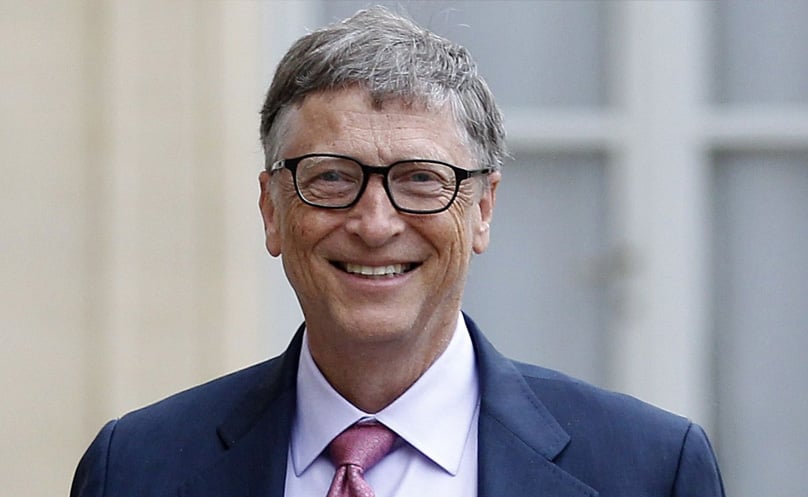 Gates has never been a fan of Bitcoin, famously pooh-poohing the coin he received as a birthday present years ago. While Gates declined to attach a dollar value or timeline to his prediction, the implication is that – sooner or later – the Bitcoin market will implode.

Ironically enough, the Bitcoin paper market is rapidly evolving, and there may yet be a simple way to short Bitcoin before Gates’ predicted market crash. 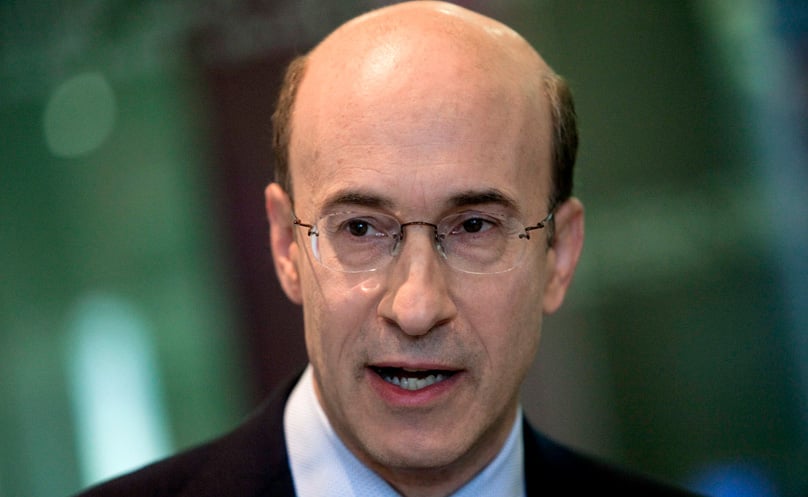 Rogoff put his 2028 prediction on the low end of the spectrum in a CNBC interview, which garnered a fair bit of attention due to Rogoff’s position as a Harvard University professor and ex-head of the International Monetary fund.

He bases his prediction on Bitcoin’s relatively thin end-uses, adding, “Basically, if you take away the possibility of money laundering and tax evasion, its actual uses as a transaction vehicle are very small.” 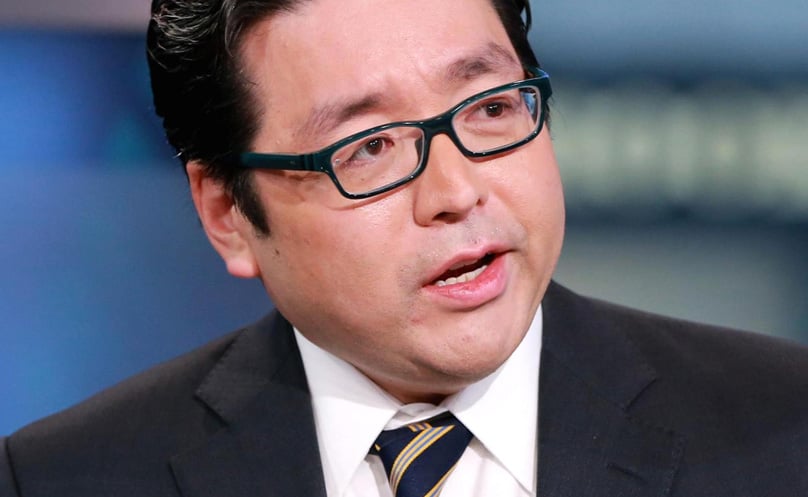 Lee is the founder of research company FundStart Global. In two separate interviews in July on CNBC, Lee predicted that Bitcoin’s rising mining costs would necessarily drive the coin to about $25,000 by year-end. He’s given other, more precise figures – notably $22,000 – in other media, but steadfastly maintains that prices have to move up from their current level.

At a recent cryptocurrency summit, Lee blamed the rather sudden drop in Bitcoin prices this year on global regulatory uncertainty, a general bear market, and the unknown effects of Bitcoin futures contracts. 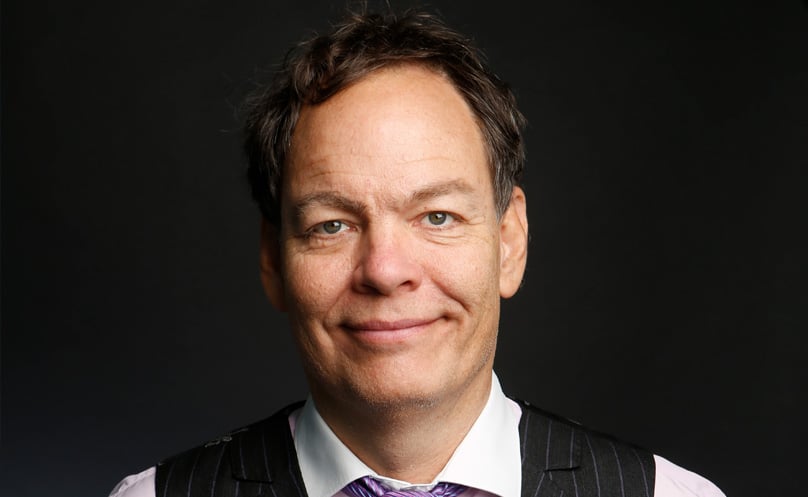 Keiser posted his latest Bitcoin prediction on Twitter. Keiser is a partner in the crypto venture capital firm Heisenberg Capital, and he previously predicted Bitcoin would surpass the $17,000 mark last year in December.

However, he followed that up with the failed prediction that Bitcoin prices would continue to ratchet up until they reached $100,000.

“I’d say this year is a cryptocurrency Wall Street time and … we think cryptocurrency on the Bitcoin will be worth $30,000 at the year-end—it is limited.” – David Drake. 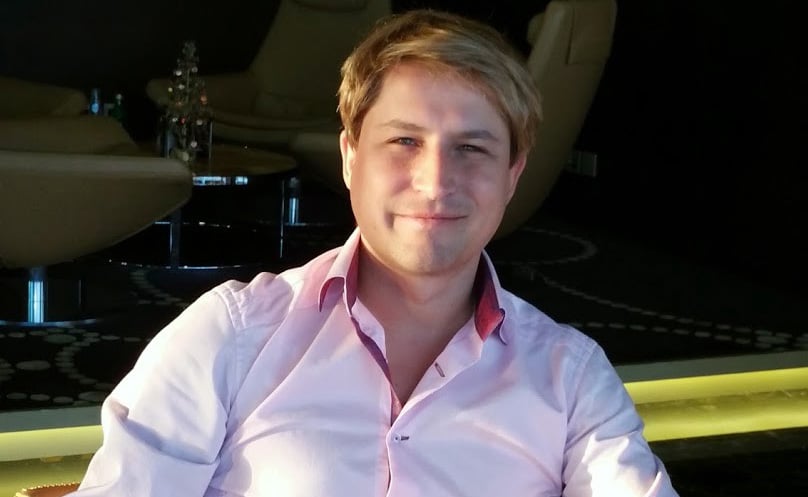 Drake is the founder of LDJ Capital, and his enthusiasm for cryptocurrency isn’t limited to Bitcoin. Drake believes that Bitcoin will always retain its preeminence in the cryptosphere, but cryptocurrency in general is headed toward much more widespread acceptance.

Eventually, he said, hundreds of different cryptocurrencies may play an important part in the day-to-day life of the financial market.

“Bitcoin could definitely see $50,000… We will probably go through a suffering period of volatility around the time of Bitcoin’s next $10,000 landmark.” – Jeet Singh.

Singh’s prediction was made in January at the World Economic Forum. Although the price of Bitcoin tumbled rapidly thereafter, Singh has stood by his prediction and still believes $50,000 is doable. Singh has been a cryptocurrency portfolio manager for the past six years.

“When #Bitcoin passes the USD $60,000 price level in the coming years, it’ll reach a total circulation value of $1 Trillion. That will be a huge #milestone for $BTC, and it’ll lead to more price stability, higher global liquidity, and even faster adoption worldwide. #VirtuousCycle” – Bobby Lee. 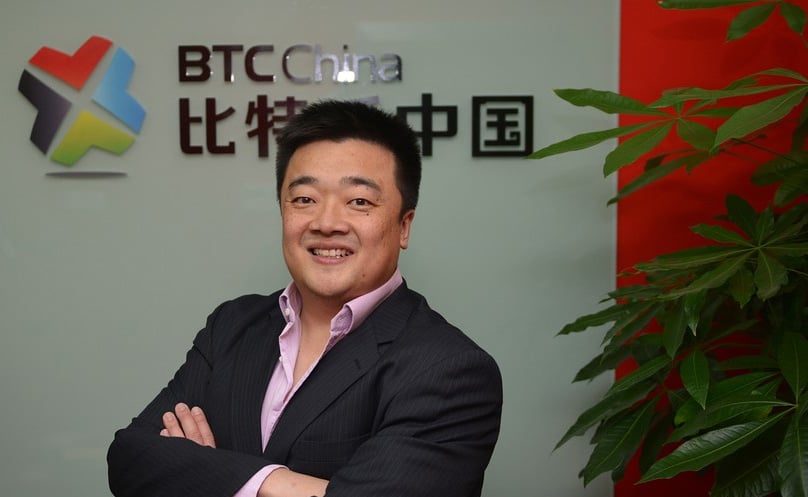 Lee, the head of the Bitcoin Foundation, believes that Bitcoin may well hit the $60,000 mark by the end of the year. Long term, prices could climb as high as $1 million, he said. His latest Twitter remark citing the $60,000 figure gives no definite timeline, but it is pegged to a $1 trillion circulation value. 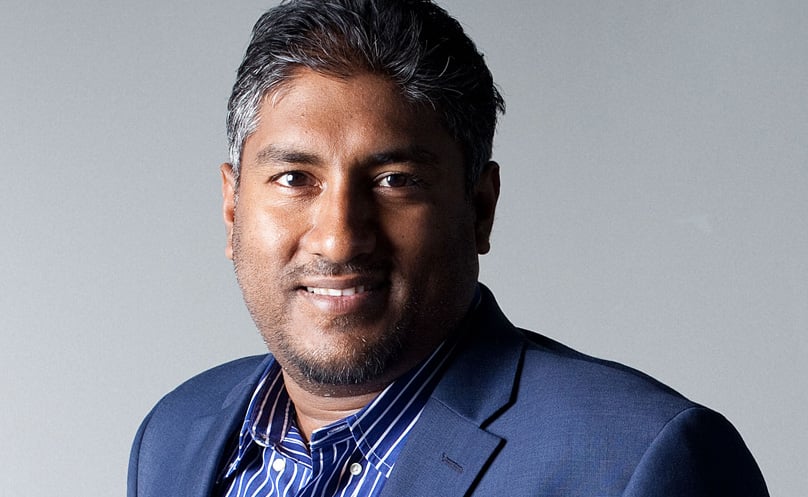 Lingham is a co-founder of Civic and a member of the Bitcoin Foundation. Lingham didn’t include a timeline along with his price prediction, but he offered an interesting caveat – Bitcoin’s price is likely to go through several boom-and-bust cycles on the way up. It’s the nature of cryptocurrency to operate in bubbles, he has previously said in a blog post.

“Today, I need to provide a warning about the risks of the price appreciating too quickly. Yes, Bitcoin is both scarce & valuable, which will lead to the price continuing to increase over time, but if that happens too quickly, we will enter another boom/bust cycle – which is really not an ideal situation if we want Bitcoin to move from a commodity to a store of value,” Lingham said. “This means that Bitcoin does need to become boring again and how it has to move from a digital commodity to becoming a store of value (which by definition means low volatility), and eventually, it could become a digital currency. Every time we hit a boom/bust cycle, we will set ourselves back many years.” 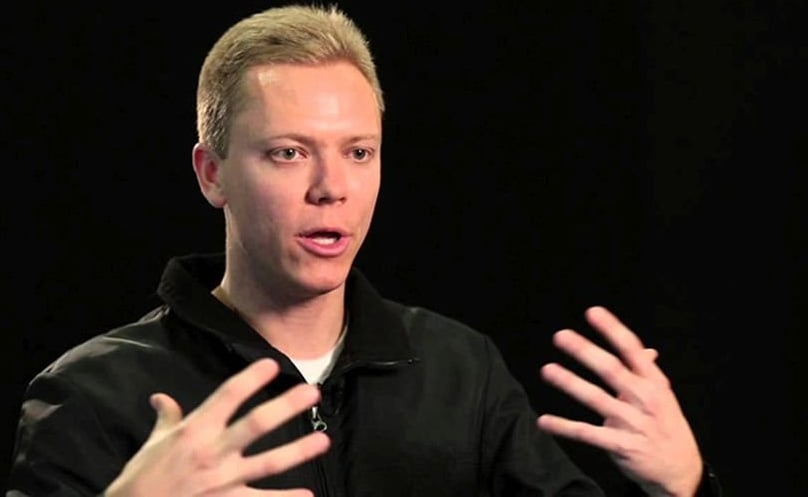 Commodities investor and a proponent of Bitcoin since its price was just a quarter a coin, Mayer believes Bitcoin could settle as high as $115,000, using a Mayers-Multiple approach. 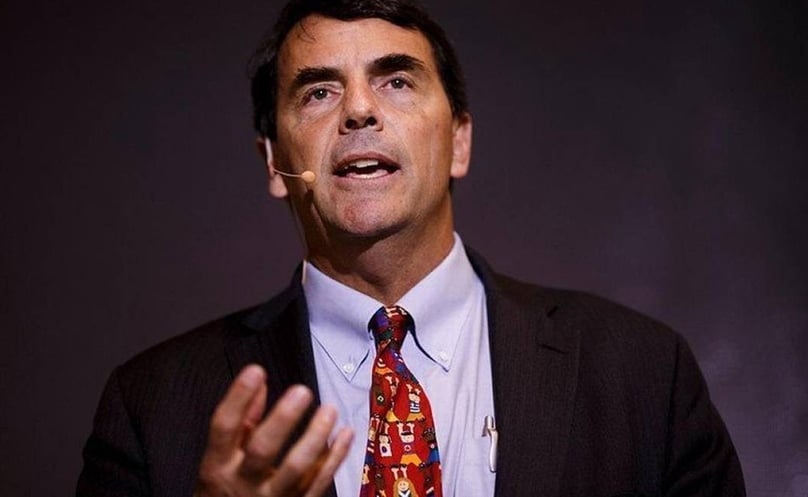 Draper is the founder of Draper Associates and DFJ. Outside of the cryptocurrency world, Draper is largely credited with being the grandfather of viral marketing via online mediums like Hotmail, Skype, and others.

Draper reiterated his earlier claim of $250,000 to TheStreet in a recent interview. While he didn’t put a specific dollar figure on Bitcoin by the end of 2018, he said that he believes pricing will be on a generally upward trend on the way to that $250,000, 2022 figure.

“So, if you look at a $100 billion market cap today, now last week it might have been more like 200, so it’s actually a buying opportunity, we think that there’s a potential appreciation of 30 to 40 times because you look at the gold market today, it’s a $7 trillion market. And so, a lot of people are starting to see that, they recognize the store of value properties. So, we think regardless of the price moves in the last few weeks, it’s still a very underappreciated asset.” – Cameron Winklevoss. 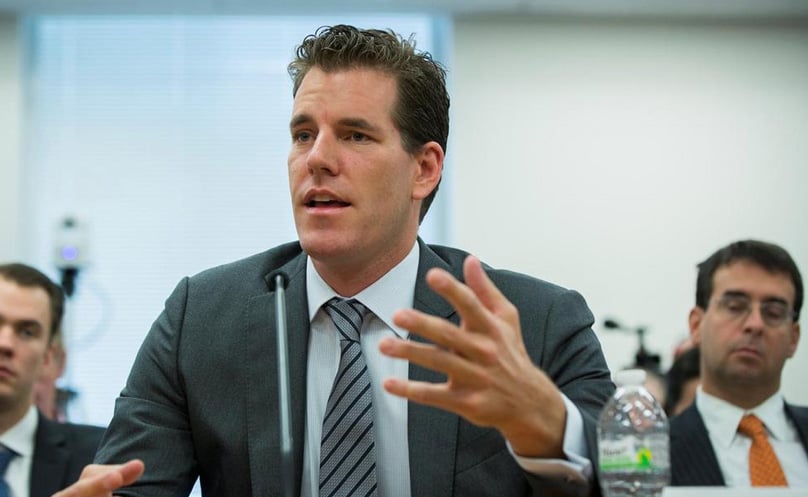 The Winklevoss twins, Cameron and Tyler, are stars in the Bitcoin sphere for their rapid rise to a net worth of more than $1 billion. Cameron Winklevoss’ prediction of a $320,000 Bitcoin assumes a 10- to 20-year timeline.

“Bitcoin is the first viable candidate to replace gold the world has ever seen. So, if Bitcoin becomes the dominant non-sovereign store of value, it could be the new gold, or new reserve currency.” – John Pfeffer. 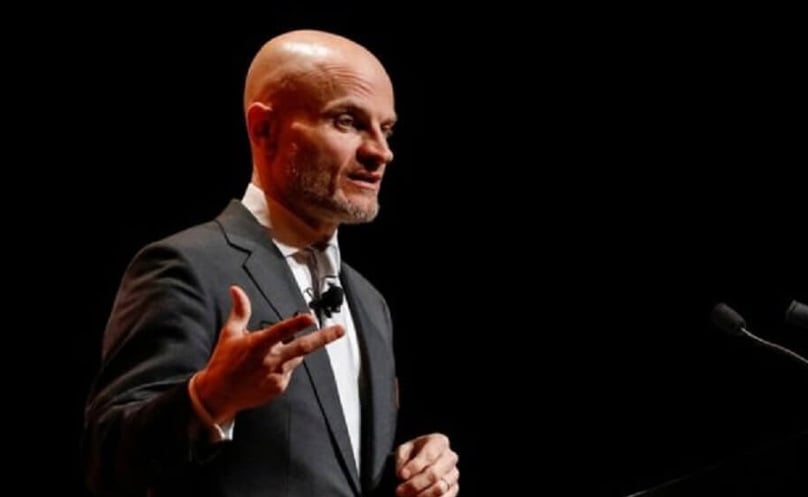 Although he did not give a timeline for his prediction, the Pfeffer Capital partner told a New York investment crowd this year that Bitcoin’s value will exceed $700,000 if it indeed replaces gold as a store of value.

He backed up his assertion with some math: If Bitcoin replaces all privately held gold bullion, or $1.6 trillion in gold, the 18 million or so Bitcoin that he estimates will be in circulation at that time will be worth a bare minimum of $90,000 apiece.

“I absolutely stand by the million-dollar prediction…It is still two and a half years away, in which two things will happen: Bitcoin will continue to grow, and the US dollar and other fiat currencies will devalue.” – John McAfee. 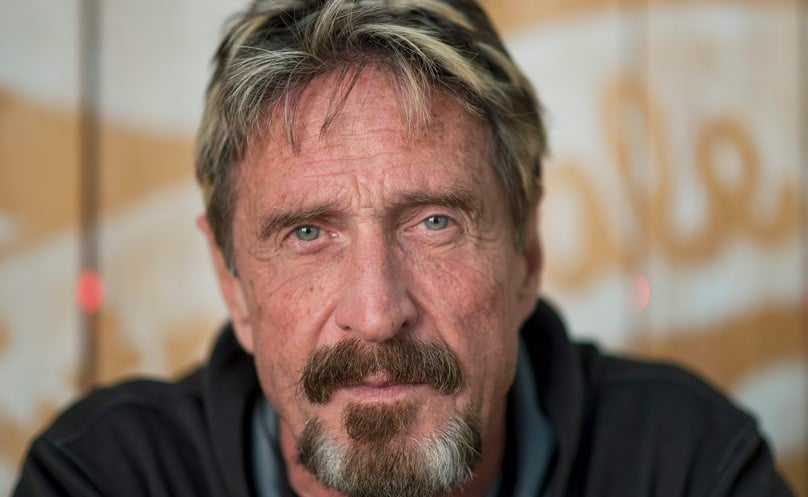 Legendarily controversial software and cryptocurrency figure McAfee has predicted, along with a particularly gruesome wager involving auto-cannibalism, that Bitcoin will hit the $1 million mark by 2020.

McAfee has more than 840,000 followers on Twitter and has been accused of making somewhat dishonest price predictions in the past in exchange for money – or possibly to increase the value of his own holdings. For what it’s worth, McAfee also predicts that number 2 cryptocurrency Ethereum will experience a similar explosion in value, reaching $500,000 in the same time frame.

Cryptocurrency price predictions are notoriously hard to make, and it’s a virtual certainty that one or more of the above folks will hit the nail on the head. After all, the prospective guesses range from $0 to more than a million. It would be a rare market indeed for Bitcoin to fall outside of those limits.

Only time will tell, but – for now – all the market can really do is watch, wait, and guess.

The post Bitcoin Price Predictions: From Zero to a Million – What do the Experts Think? appeared first on Blockonomi.