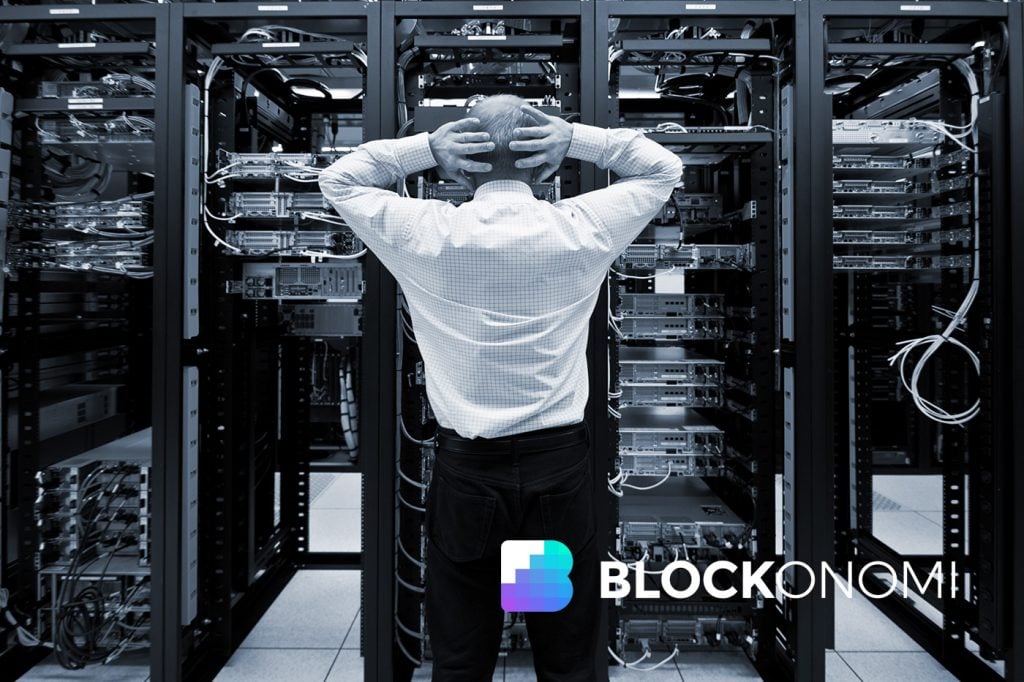 A Tokyo-based outage in the Asia Pacific region of Amazon’s popular AWS cloud computing network wreaked havoc on some cryptocurrency exchanges’ operations on August 23rd. The ensuing chaos let a few traders make off like bandits.

Some of the exchanges affected in the episode included Korean exchange KuCoin, Singaporean exchange BitMax, and Binance. As many such companies rely on AWS for web servers and other related infrastructure, these platforms quickly felt the effects of the localized outage.

“Due to the overheating of part of our chassis in the machine room we deployed in AWS, Tokyo, part of our services might become unavailable,” KuCoin said in a community announcement.

The issue made exchanges’s traders confront inaccurate market data, forcing venues to respond. BitMax temporarily suspended trading on its platform accordingly. Binance allowed trading to continue but acutely halted deposits and withdrawals. KuCoin said “some services” might be affected while a fix was worked on.

Bitcoin For Under $1 USD? No Kidding

Some cryptocurrency traders put in limit orders at extremely low prices, with the idea being to snag extremely cheap crypto on the off-chance that some kind of black swan event occurs and a flash crash ensues.

A few traders seemed to achieved that off-chance on Friday, as the AWS outage appears to have caused an order book flash crash on BitMax courtesy of inaccurate data before the platform paused operations. That dynamic allowed a handful of users to pick up bitcoin for prices below $1.

Dovey Wan, a partner at cryptoasset fund Primitive Ventures, noted as much on Twitter in the outage’s aftermath.

Many Asian exchanges see price instability (and trades were able to execute, yes you can buy extremely cheap Bitcoin if you had limit orders there) pic.twitter.com/SZ30iqBjX3

Wan added that some of the traders who snagged such incredibly cheap bitcoin “already successfully withdrew” before exchange operations were paused, meaning platforms will now have a harder time claiming these funds.

The scope of these withdrawals is not currently known, but if affected platforms had accurate Know Your Customer (KYC) data on the traders responsible, these companies could at least identify where the cheap cryptocurrency flowed to.

Even in identifying the traders, it’s not clear what recourse these platforms would have as the users in question simply had limit order trades filled in accordance with exchange infrastructure. Perhaps companies could ask these users nicely to return a portion of the funds, but short of that there may be little direct recourse.

According to historical data, the last time it would have been possible to buy bitcoin for under $1 on the open market was the spring of 2011, around when the BTC price first achieved parity with the price of one dollar — eight long years ago.

Of course, some dream of going back many years and buying bitcoin when it was considerably cheaper. Those traders who the AWS outage helped were able to more or less accidentally do so, just in the present.

Many Crypto Projects Rely on AWS, For Better or For Worse

Companies and projects across the cryptoeconomy rely on AWS for infrastructure. The upside of this dynamic is that it makes a lot of things operationally easier for these users. The downside is that AWS can provide a single point of failure when things go awry.

“Maybe we should worry about how the crypto ecosystem […] is still largely dependent on the BezosChain instead of Chinese centralization,” Wan later said on Twitter, referencing Amazon’s founder and CEO Jeff Bezos and the recent cryptoverse chatter around EOS block producers being dominated by Chinese groups.

There are large AWS alternatives out there to choose from, like Google Cloud or Microsoft Azure. But these services aren’t immune to outages, either: users have to trust these platforms’ uptime. Picking between tradeoffs is an unavoidable part of reality, and the implications of these tradeoffs hit us in the face when problems arise.