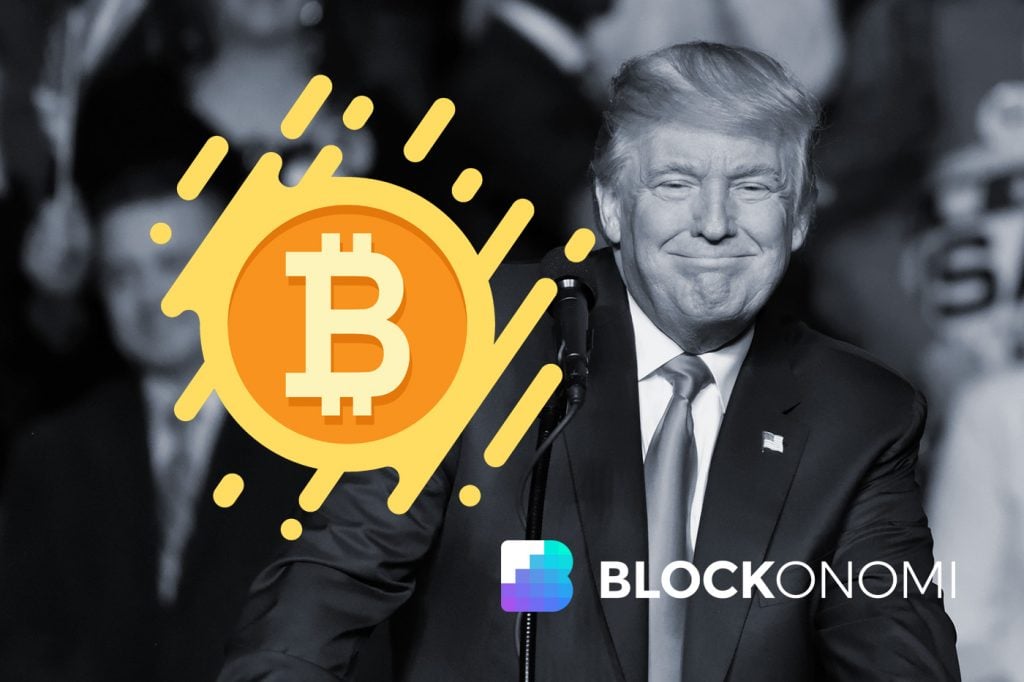 Over the past few years, central bankers have grown enamored with negative interest rates.

Monetary authorities believe that this policy, which amounts to banks and consumers losing money through the use of the fiat system, can help stave off economic downturns. Indeed, asset markets have been on one of their longest and largest rallies in history, supported by dovish central banks the world over.

But, if Donald Trump, the President of the U.S., has its way, monetary policy is about to get a lot more dramatic. And that, dear readers, is likely to only increase the demand for alternative assets like gold and Bitcoin.

If you were to tell Adam Smith — the godfather of modern economics — that in 2019, you would lose money by using banks and investing in debt, he would probably laugh. But, today, the world has become addicted to these unorthodox financial trends.

Some of the world’s largest central banks — including Japan and Sweden — have a negative policy rate; there exists of $17 trillion worth of negative-yielding debt, which analysts say is mostly owned by pension funds and those looking for long-term, steady growth.

This trend, however, has yet to really spread to America. Yet, this may be about to change. In a recent tweetstorm, President Trump called for the Federal Reserve, which is technically not a governmental organization, to “get our interest rates down to ZERO, or less”.

He went on to bash the “boneheads” at the Federal Reserve, claiming that it is the “naïveté” of chairman Jerome Powell and his peers that is stopping the U.S. from picking up on a “once in a lifetime opportunity” to bring rates negative.

The Federal Reserve should get our interest rates down to ZERO, or less, and we should then start to refinance our debt. INTEREST COST COULD BE BROUGHT WAY DOWN, while at the same time substantially lengthening the term. We have the great currency, power, and balance sheet…..

While some have disregarded Trump’s latest comments as the ramblings of a politician — Trump can’t affect the Federal Reserve’s decision on rates — there are prominent economists expecting for interest rates to go negative in the States.

Speaking with CNBC in a recent video, Alan Greenspan, the former chairman of the Federal Reserve, argued that it won’t be long before the policy interest rate in the U.S. goes into the negative for the first time ever.

Greenspan, in fact, called it “only a matter of time” before this unorthodox monetary policy makes a cameo in American markets. The former central banker partially attributes this shift to negative interest rates to an aging population — just look at Japan, which has one of the largest proportional demographic of elderly in the world and is best known for negative rates.

Ray Dalio, the head of Bridgewater Associates — one of the world’s leading hedge funds — has echoed these concerns, stating in another CNBC interview that the world has adopted “extremely loose monetary policies” that give way for low interest rates and easing.

While Bitcoin is independent of interest rates, analysts say that should such a monetary policy come to the United States, the value of alternative assets will only surge, maybe even skyrocket.

Dan Tapiero, a prominent fund manager and recent convert to the Bitcoin revolution, recently argued that in the medium term, Trump’s comments are “a direct call for a debasement (inflation) of the U.S. dollar in an attempt to create excess growth into the 2020 elections.” He thus claimed that gold and Bitcoin should benefit from negative interest rates.

First President to call for negative interest rates. Medium term this is direct call for a debasement of the US dollar in an attempt to create excess growth into 2020 election. Federal Reserve "boneheads." Gold and Btc should benefit as alternative stores of value. https://t.co/gdT0RXkn1P

You see, instead of “investing” in negative-yielding debt, you could purchase an asset that has zero yield, this being gold or Bitcoin; and instead of holding your wealth in devaluating fiat currency, you could buy a store of value like Bitcoin.