Bitcoin (BTC) Price Analysis: Market Increasing But for How Long? 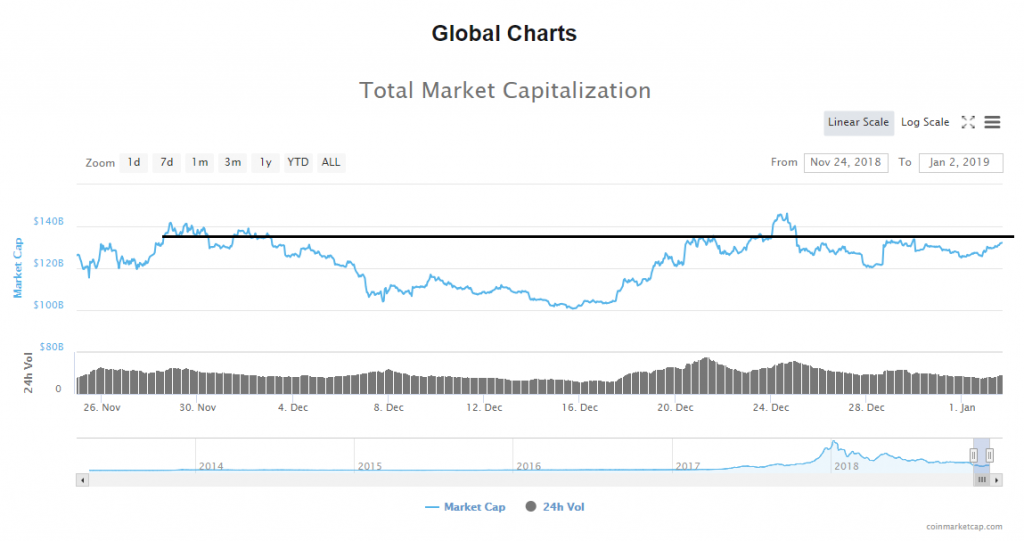 The bullish impulsive move from 16th of December has made it past the level but as you can see buyers failed to keep up the momentum when the evaluation went above it. Now that the market retracement has happened from there we are now likely seeing a second attempt for a breakout but as the evaluation is in a sideways movement it is I believe unlikely that a breakout will occur as there was no establishment of strong support.

Today the market is in green with an average percentage of change among top 100 coins in the last 24 hours, ranging around 2-4%. The biggest gainer today is Ethereum with an increase of over 10%, while there are only three cryptos that are in red with Nexo being the biggest loser with a decrease of 6.79%.

Bitcoin’s market dominance has been steadily decreasing from Monday when it was at 51.73% and has come to 51.08% at its lowest point today. 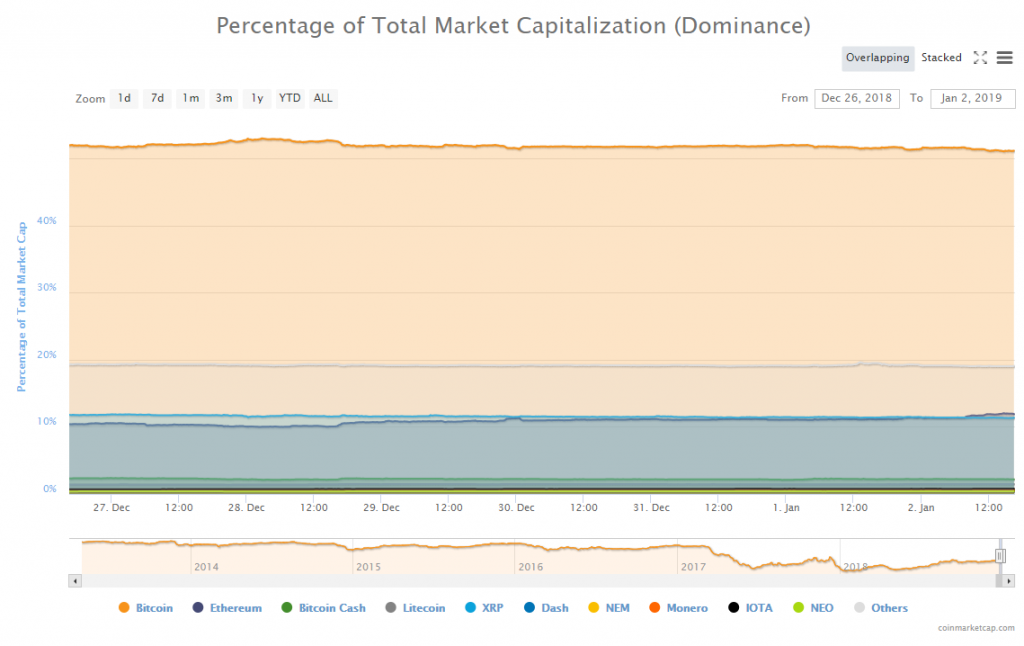 From Monday’s open when the price of Bitcoin was $3980 the cryptocurrency depreciated in price at first and came down to $3802 which was its lowest point yesterday. From there the price has been steadily rising and is now at the same level as on Monday’s open.

Looking at the hourly chart you can see that the Monday’s open was at below the horizontal resistance line and that currently the price is has come up for another interaction with it. The price came close to it yesterday and was rejected which is after minor retracement another attempt has been made. Judging by the current red candle the price has started to encounter resistance and considering that for now, these levels are a lower high than from the one that went above the horizontal resistance level we are likely going to see a further trend continuation or at least more sideways movement for the price of Bitcoin.

The price could get a bit higher as it did the previous time going past the horizontal resistance at $3994 but I wouldn’t expect it to go past the bold black line which is the significant support line now serving as strong resistance.

The RSI indicator is getting close to its upper border which signals overbought conditions, but as its currently around 65% mark further increase to around 75% slightly above the upper boarded before a correction could happen.

Zooming into the 15 min chart I have counted the sub-waves of the current structure from the interaction with the bold black line when the price of Bitcoin was at $4370 and it appears that this move is going to be a Minute WXY correction out of which the current upward move is the Y wave from a Minuette count, so when it ends I would expect the price to go down again as the Y wave ends on the upper side.

When this current minor increase is over the price of Bitcoin is heading down according to my Elliott Wave count which would be lower than the Minute W wave ending point at $3700 and potentially all the way down to $3200-3300 which is the lowest price of Bitcoin has been so far since the bear market has started.

After the WXYXZ correction ends the price of Bitcoin is heading for a trend continuation which would be down.

The post Bitcoin (BTC) Price Analysis: Market Increasing But for How Long? appeared first on Blockonomi.