The cryptocurrency market has recovered slightly since yesterday, increasing in market cap from $177 at its lowest point to around $184B where its currently hovering on. 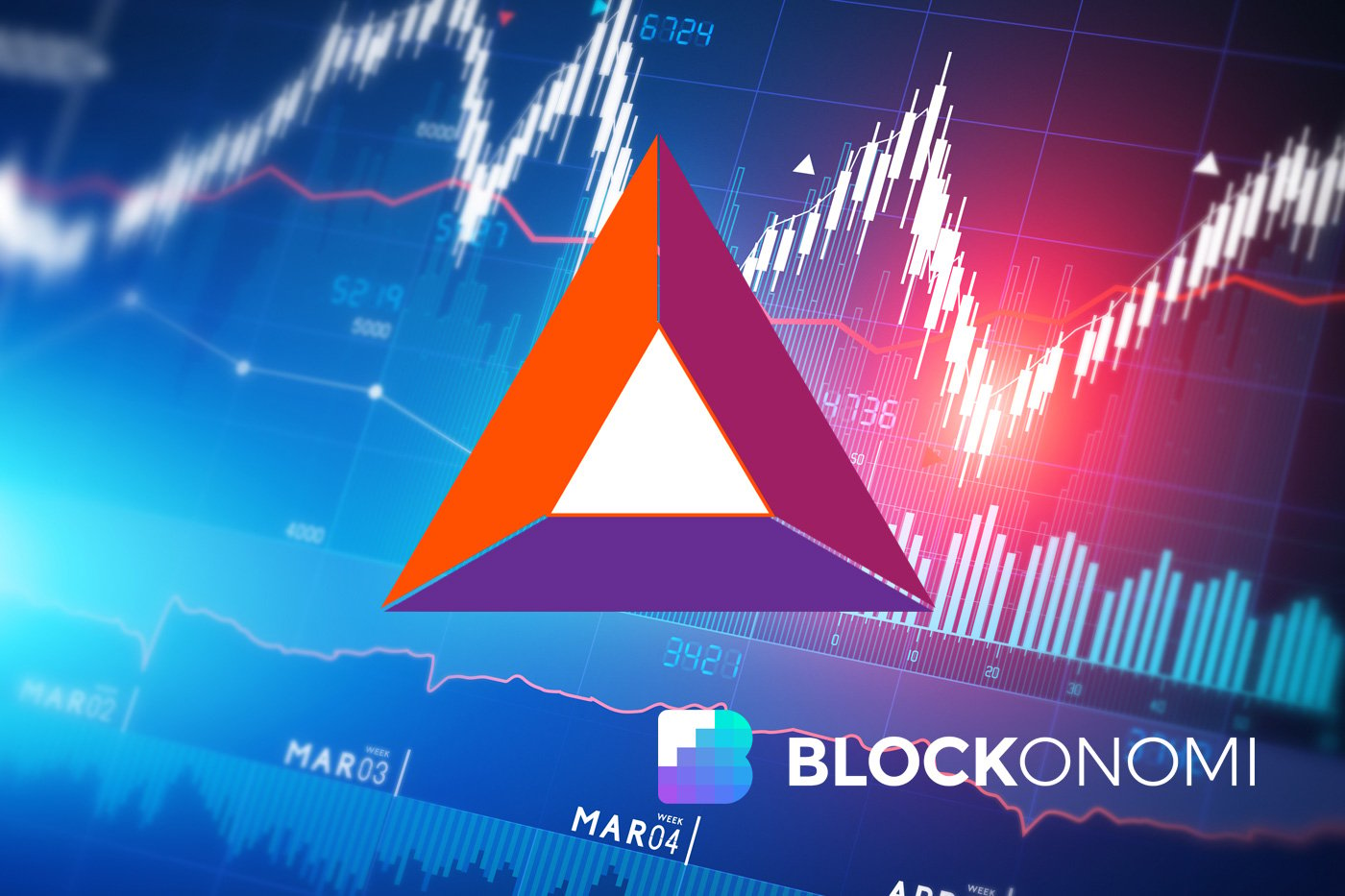 The price went even further up to around $0.23 creating a higher high than the previous one on which levels the price is hovering currently. As the price went down from the last high but is up again around the same levels of the yesterday high we are about to see whether or not the price will continue its upward trajectory as a higher low has made. I believe that we are going to see a further increase in the price of BAT as the price fell previously by 51% from its last peak at $0.382 to the recent low so a recovery of 21% is just the beginning. 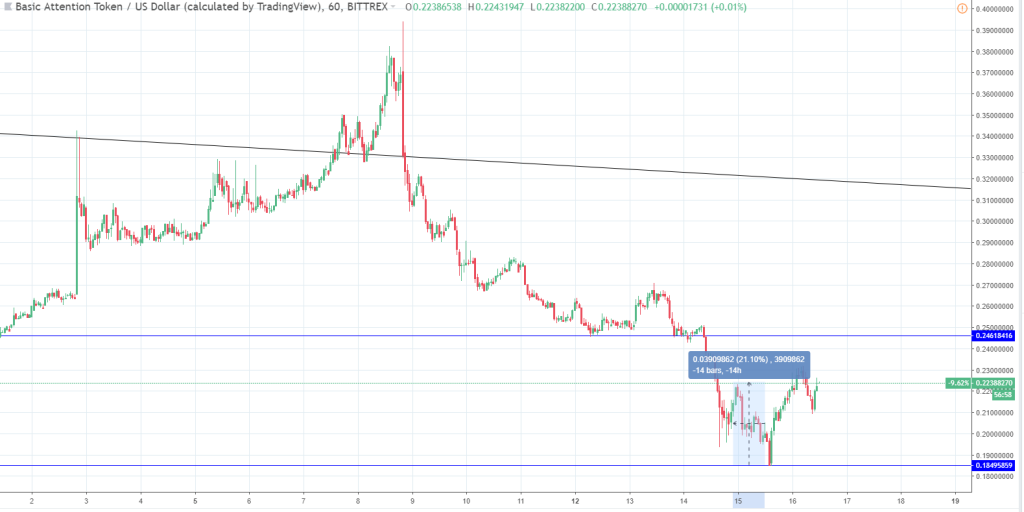 Zooming out to the daily chart you can see my Elliott Wave labelings which point out that after the WXY correction in the opposite direction ended more downside was to be expected which is what happened. 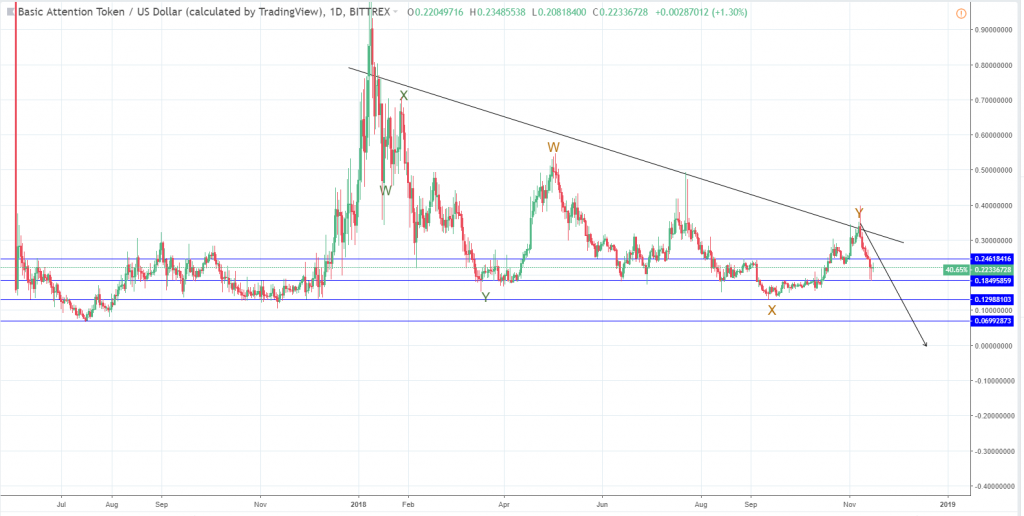 The current down move looks impulsive similar to what we have seen after the W wave of the second minor correction so we are likely going to see an impressive 12345 move to the downside. That is why I believe that the price is currently heading further up because that would be the second, corrective wave before the third and the most powerful comes.

Looking at the 4-hour chart I have projected the ghost bars from the last W wave on to that of the current Y wave ending and as you can see the horizontal significant levels match perfectly with the projection which points out that before this down move is up the price is heading further up potentially to again retest the descending triangle’s resistance line and getting rejected there. 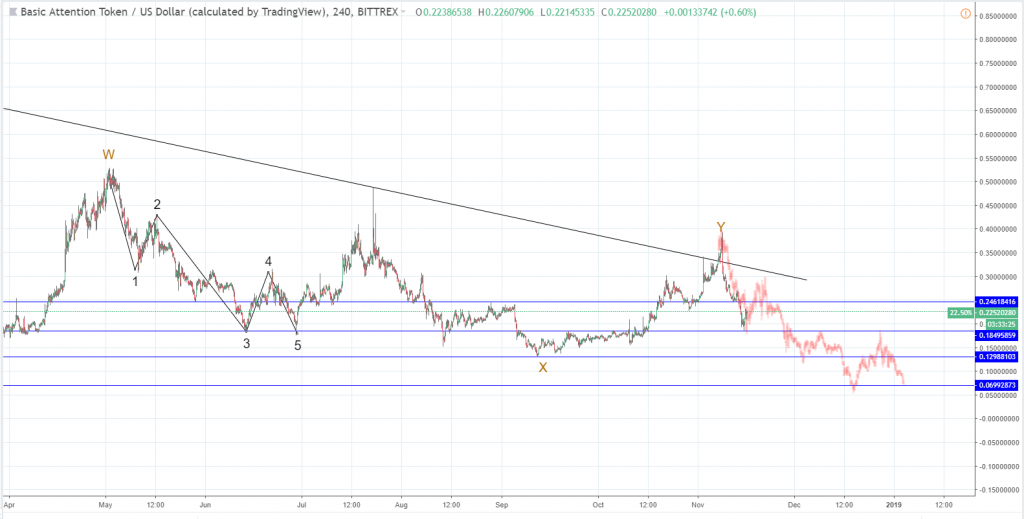 The target for this projected down move is on the last horizontal support level at $0.699 but we might see a further decrease if this move gets extended in the form of another correction which we will adjust when the price starts interacting with the mentioned levels.

BAT technical indicators are signaling a buy up to the hourly time-frame, anything above is bearish which support my short-term bullish, and long-term bearish stance.